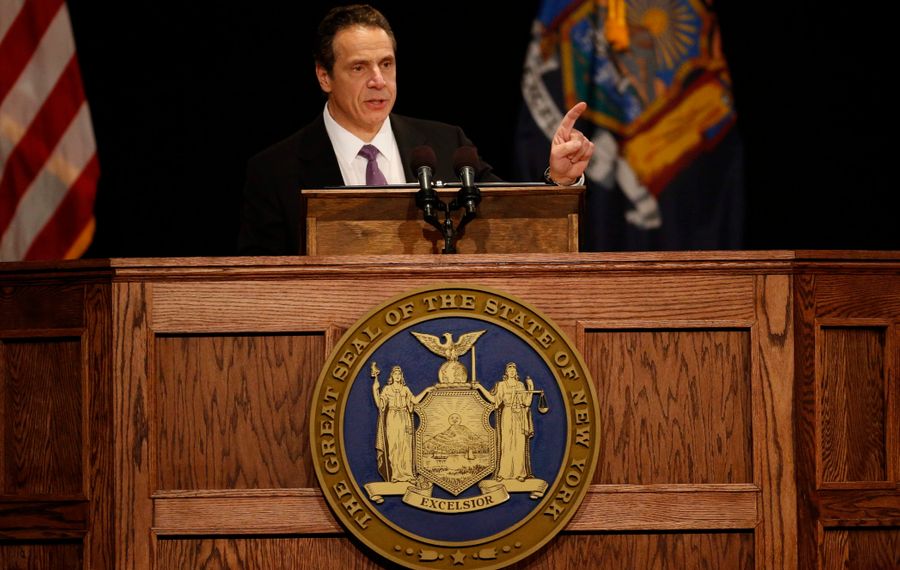 Of all his accomplishments since becoming governor in 2011, Andrew M. Cuomo may cite passing a string of budgets on time, or nearly on time, more often than any other.

But this week, even with his own Democrats now controlling both houses of the State Legislature, the Assembly and Senate appear to be digging in for a fight with the governor over the crucial revenue estimates needed to shape a new spending plan by the April 1 deadline. Both houses acknowledge they are far from agreeing with Cuomo on the key revenue estimates needed to craft a new budget.

“It is unfortunate that we could not come to an agreement on a revenue consensus with the governor. It remains the intention of both the Assembly and the Senate to reach a fiscally responsible, on-time budget that meets our priorities,” said Assembly Speaker Carl E. Heastie and Senate Majority Leader Andrea Stewart-Cousins in a weekend joint statement.

But the number crunchers in Cuomo’s office appear just as adamant. Budget Director Robert Mujica pointed to a host of “fiscal realities” facing Albany this year stemming from “revenue shortfalls and an unstable economy.”

“The governor has said getting the budget done on time is important but it is more important to get the budget right,” Mujica said. “Because of our record of prudent budgeting, we have never had to do a midyear budget correction, and we are not about to start now.”

“The revenue forecast is an essential starting point for the state budget, and the Senate, Assembly and executive do not agree on a revenue estimate,” he said, “with the Senate insisting on much higher revenues than the Assembly or executive.”

Barring any agreements by Tuesday, the governor and Legislature may now turn to Comptroller Thomas P. DiNapoli to determine a binding revenue estimate, as required by law. Negotiations also proceed as the Cuomo administration continues to predict a $2.3 billion shortfall in its proposed $175 billion budget.

Assembly Majority Leader Crystal D. Peoples-Stokes acknowledged on Sunday the rarity of the legislative and executive branches being so far apart on revenue estimates at this stage of the process. But she expressed optimism that late tax returns will provide the revenues legislators are anticipating and that the April 1 deadline will “absolutely” be reached.

“The Legislature does feel differently about the revenues,” she said, noting the possibility of DiNapoli being asked to assess the situation. “But we’ll just have to keep going until we get there.”

The latest disagreement takes place as Cuomo squares off once again with the Legislature – especially the Senate – over a host of issues. The rift widened even further last month when New York City senators and other local officials helped block the Amazon second headquarters deal the governor and New York Mayor Bill de Blasio had negotiated with the high tech giant, effectively ending the effort to bring 25,000 new jobs to Queens.

Emboldened Legislature ready, or not, to take on Cuomo in budget talks