In memory, Madylon Mathers Kubera always links her brother to his foot locker. More than 65 years ago, the Army sent it back to the Mathers' home in Dunkirk, where Kubera's mother, Antoinette Mathers, refused to open it.

The foot locker belonged to her son Leonard, best known as "Jack," and Antoinette prayed he would come home and open it himself. For years, it stayed locked as a testament of faith.

It was not until her death in 1985 that her grown children swung it open and found the few items that were inside – among them a jacket, a rosary, a prayer book, some savings stamps. Antoinette never surrendered hope that Jack, who went missing in combat at 19 in the Korean War, would someday sleep again in his own bed.

To Kubera, 81, a former mayor of Dunkirk who holds onto the dream of burying Jack's remains, the chance of ending that quest seems as bleak as ever.

The summit between President Trump and North Korean leader Kim Jong Un halted abruptly this week. Both sides stepped back, amid an impasse about sanctions and nuclear disarmament, with no apparent mention of servicemen still missing from the war.

“I had no expectations,” Kubera said. She was skeptical of any chance for a real breakthrough once American student Otto Warmbier died after being released in a coma, in 2017, from North Korean custody. Forensic tests indicate he endured severe brain injuries while imprisoned for stealing a political poster.

After learning of Warmbier's fate, Kubera had a hard time believing the North Korean regime would truly focus on returning American remains, almost 66 years after the bloodshed ended in an armistice.

For that reason, Kubera – who made history as the first elected woman mayor of Dunkirk – has all but given up on the chance she will ever witness a burial service for her brother. 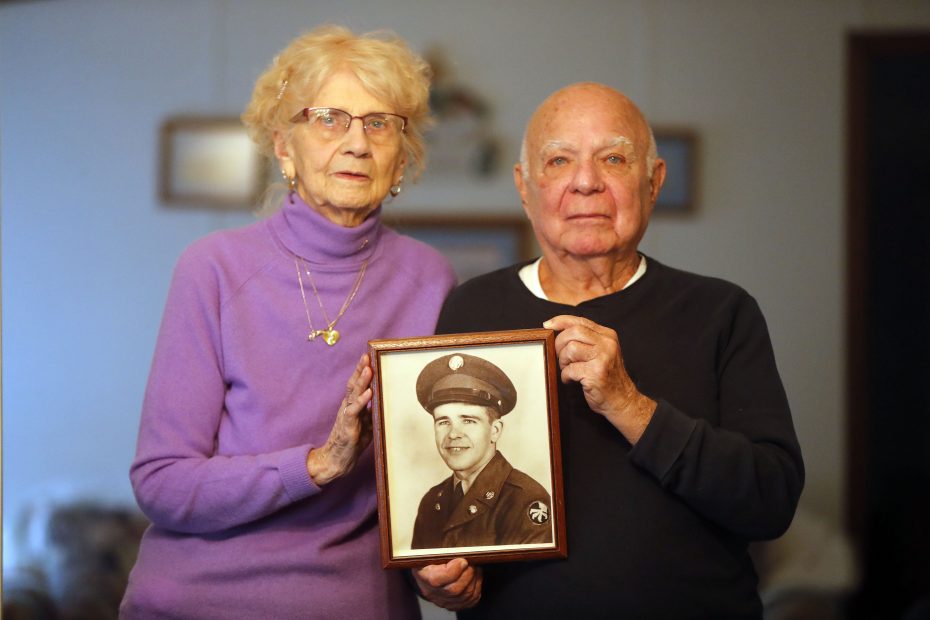 Madylon Kubera and her husband, Fritz, hold a picture of her brother Jack Mathers at their home in Fredonia. (Mark Mulville/Buffalo News)

She was in grade school in 1950 when Jack Mathers, one of seven children, went missing. He was a childhood friend of Fritz Kubera, who eventually became Madylon’s husband.

Ralph Mathers Sr., her father, spent years struggling with regret about his son. Ralph Jr., an older brother, served with the Marines. Jack, as a teenager, wanted to follow the same path. Kubera said Jack tried to enlist before he was legally old enough by “going behind my father’s back and using my brother’s birth certificate.”

When Ralph Sr. found out, he put a stop to it. “He went and brought him home,” Kubera said. Jack enlisted in the Army once he was old enough to make the choice himself.

Not long afterward, by telegram, the family learned he was MIA. Kubera said her father was a quiet guy, a World War I veteran who would be sitting at the table in the years after Jack disappeared, and would abruptly say out loud:

“If only I’d let him go into the Marines.”

For her father, for her mother, Kubera prays for a day when Jack can be buried near his family.

He was a high school football player, a graduate of the old St. Mary’s High School in Dunkirk, where Kubera said he often spoke of studying for the priesthood. Like his cousin and close friend, John Naetzker, he went into the Army, then volunteered to be a chaplain's assistant in the 25th Infantry Division.

In the turbulent early months of the war, not long after he had been working on a soda pop truck in Dunkirk, Jack found himself in desperate combat when Chinese troops intervened in North Korea.

He went missing on Nov. 28, 1950, when his 25th Infantry Division unit was attacked north of Pyongyang. Eleven months later, his cousin was killed in action. While Naetzker has a grave in Dunkirk's Willowbrook Park Cemetery, Kubera said her parents – Ralph Sr. and Antoinette – never put a stone there for their son.

They believed he had been captured and that he would return, even when Mathers was not among the prisoners set free once the war ended. Instead, he became one of the 7,700 Americans – including, at least initially, 88 Western New Yorkers – still considered missing from the war.

Within that list, Jack and 5,300 others vanished in North Korea. At first, Antoinette hoped he somehow escaped and would seek a way home. Later, she clung to the idea that the North Koreans continued to secretly hold some soldiers in captivity, that a miracle would happen, that Jack would be released.

For decades, to find peace, family members told themselves he was helping orphans from the war while in a prison camp, or that he was serving as a chaplain for other prisoners.

After her parents retired to Florida, Kubera and her family moved into her childhood home on West Sixth Street. A big part of the decision, Kubera said, was sustaining the vigil carried out by Antoinette, who never stopped listening for Jack's footsteps at the door.

“I always thought someday he was going to come up the driveway,” Kubera said.

About a decade ago, the couple moved to nearby Fredonia, finally realizing the chance was all but gone that Jack would come home alive.

Instead, Kubera still wonders if his remains might someday be returned. A few years ago, officials with the Department of Defense POW/MIA Accounting Agency asked for a sample of her DNA. Her hopes rose in 2016, when the remains of Cpl. Roy Fink of Buffalo were sent to his family, 66 years after he went missing at the Chosin Reservoir.

Kubera knows the North Koreans turned over 55 boxes of remains after the first Trump-Kim meeting last June. Leaders of the effort to locate missing servicemen were surprised and delighted when their cause was listed as a priority after that summit.

Yet the matter was apparently never broached at the second Trump-Kim meeting, said Rick Downes, son of a missing airman, Lt. Harold Downes Jr., and president of the Coalition of Families of Korean & Cold War POW/MIAs. 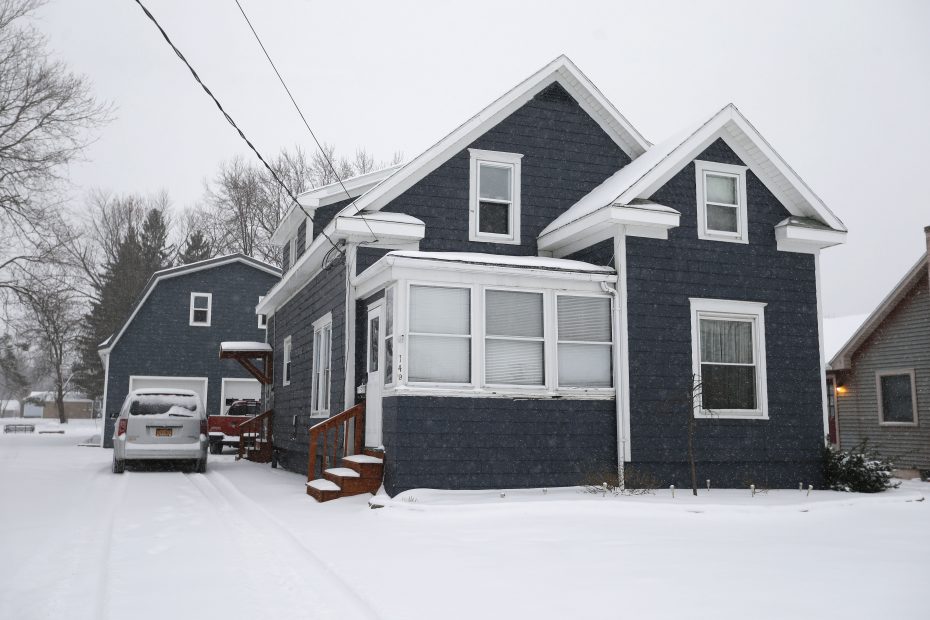 The old Kubera home on West Sixth Street in Dunkirk: Jack Mathers grew up there, and his mother always believed he would return someday after he went missing in the Korean war. (Mark Mulville/The Buffalo News)

The most important breakthrough, Downes said, would be sending joint recovery teams into North Korea for the first time since 2005, a step that Chuck Prichard, director of public affairs for the DPAA, said is a constant goal amid renewed contacts with the North Koreans.

"We continue to seek all the leads that we can on anyone who's missing," Prichard said.

As for Jack Mathers, he did not have the chance to see his younger sister make history in Dunkirk. Kubera, a longtime Republican and a former president of Dunkirk's school board, served two years as mayor after running in 1987 as an independent. She retired years later from a career with the school district, and in her 80s she still works as a substitute teacher.

Kubera vividly recalls the afternoon when she returned from school and her mother had pulled down the green blinds on West Sixth Street – a signal of grief upon learning of Jack's disappearance. The shadow never fully left the family. Antoinette wanted the chance to at least pray before a casket and a stone.

Today, conscious more than ever of passing time, Kubera accepts a hard truth about her brother. Years from now, if by some miracle Jack's remains are finally returned, she expects younger generations of her family will be the ones who see him put to rest.

Sean Kirst is a columnist with The Buffalo News. Email him at skirst@buffnews.com or read more of his work in this archive.  Families of missing military personnel from any war can receive more information by contacting the DPAA, through this link.