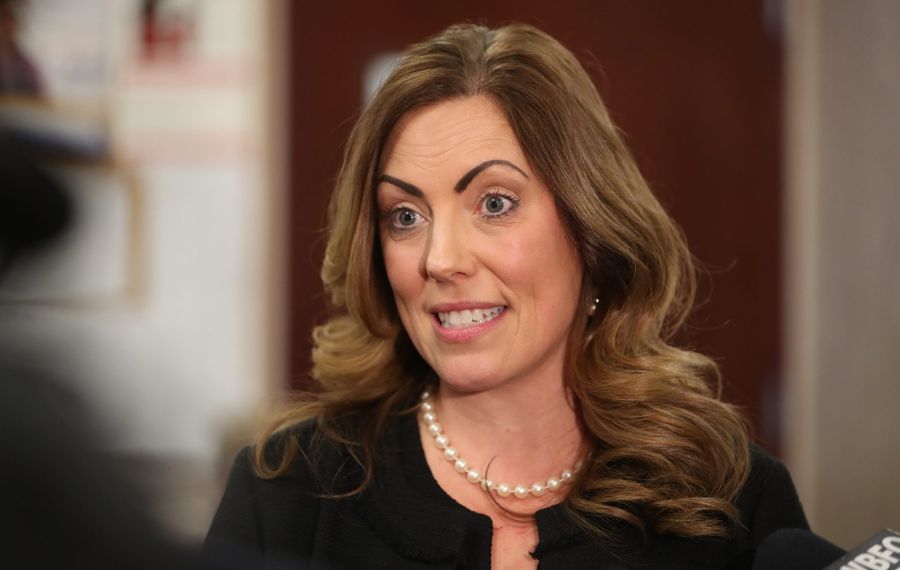 Maziarz convened a Lockport news conference Wednesday to complain that FBI interview documents newly discovered as part of a criminal case brought against him last year by the State Attorney General’s Office had revealed the situation. He alleged that Henry Wojtaszek, his former protégé in Niagara County Republican politics, steered the contract to Four Points and had received some of its proceeds.

But Caroline Wojtaszek said it would not be appropriate for her office to investigate the allegations made by Maziarz against a member of her family, and she has asked Administrative Judge Paula L. Feroleto of State Supreme Court’s Eighth Judicial District to weigh the request.

“I am personally confident that his accusations have been fully reviewed by federal and state authorities, as well as the New York State Attorney Grievance Committee,” she said, referring to a Bar Association panel that reviews claims against attorneys such as Henry Wojtaszek. “However, to provide for public peace of mind and another layer of full transparency I am asking that a special district attorney conduct his or her own review of the matter so that it can be dealt with once and for all through the legal system.”

“We cannot conclude, based upon the available documentation you provided, that Mr. Wojtaszek’s actions rise to a level requiring disciplinary action,” the committee told Maziarz.

Maziarz failed in 2018 to seek prosecution of former aides who he alleged stole from his campaign account, after his own indictment by the state attorney general on five felonies connected to Republican campaigns in Niagara County. He eventually pleaded guilty in 2018 to a campaign finance misdemeanor and paid a $1,000 fine, all the while insisting that former Attorney General Eric T. Schneiderman’s efforts were politically motivated. At the time, Maziarz and his fellow Republicans controlled the State Senate. Schneiderman, a Democrat, had previously served in the State Senate.

Eventually, Maziarz failed to convince a special prosecutor that the alleged theft from his campaign account had occurred. Erie County District Attorney John J. Flynn, appointed to review Maziarz’s allegations that more than $350,000 remained missing, determined last October that he could not prosecute any crime connected with the missing funds.