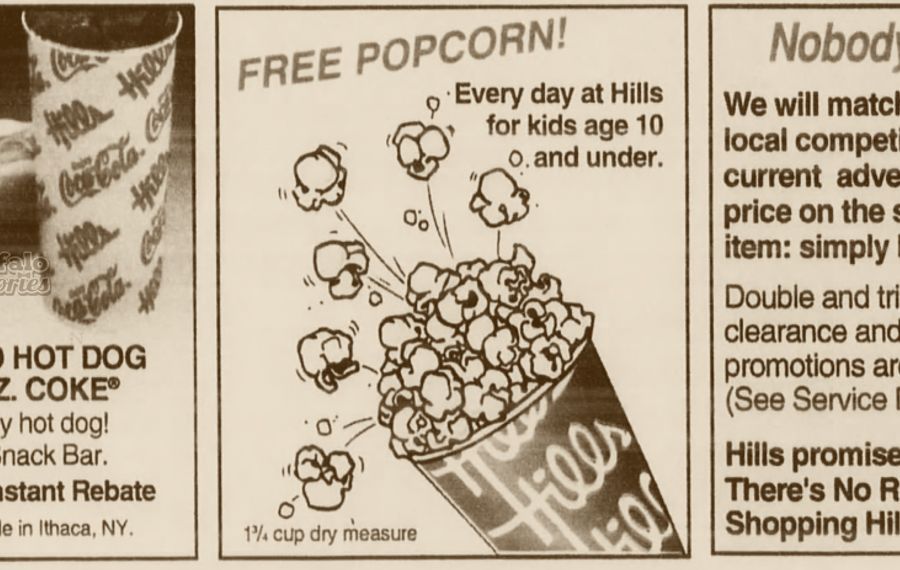 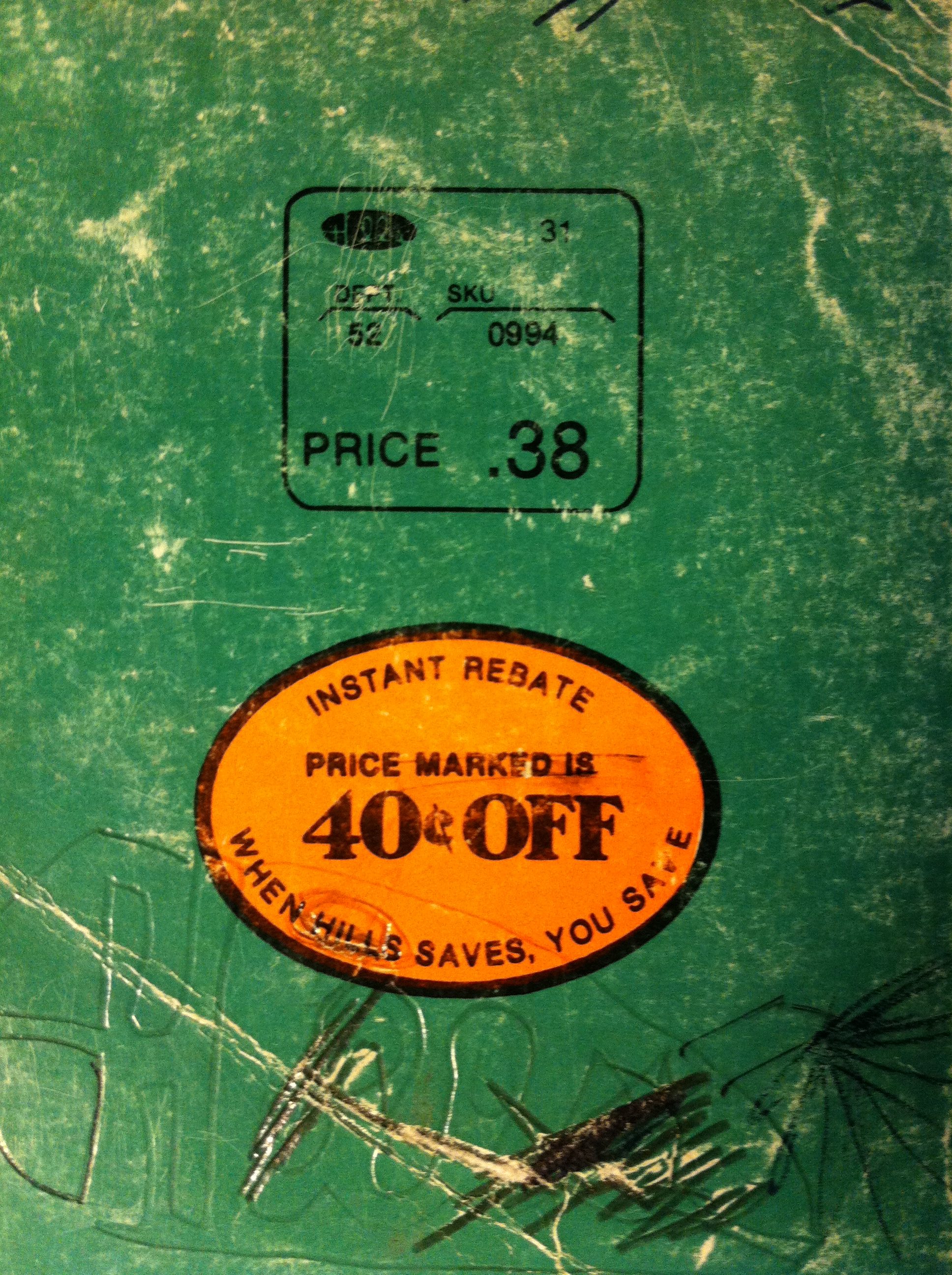 A spiral notebook the author used in middle school, with his own attempt at drawing the Hills logo below the instant rebate section.

The TV ads Buffalonians warmly remember ended with the familiar jingle, "Hills is where the toys are!"

But ask almost any kid who grew up in the 1980s and '90s, and they'll tell you about not only the toys, but the posters, the cassette tapes and the spiral notebooks with the giant, Day-Glo "Hills Instant Rebate" stamp in the corner of the cover.

But the most mentioned Hills memories are connected to the Hills snack bar.

Even if you were there to put off-brand jeans or sneakers on layaway, there was still the popcorn.

Sometime during the '80s, in a stroke of marketing genius, Hills started giving small bags of popcorn to kids in the store. Aside from giving kids a reason to love the mecca of off-brand clothes and school supplies, the store made out when a lucky kid would convince mom to buy an Icee as well. 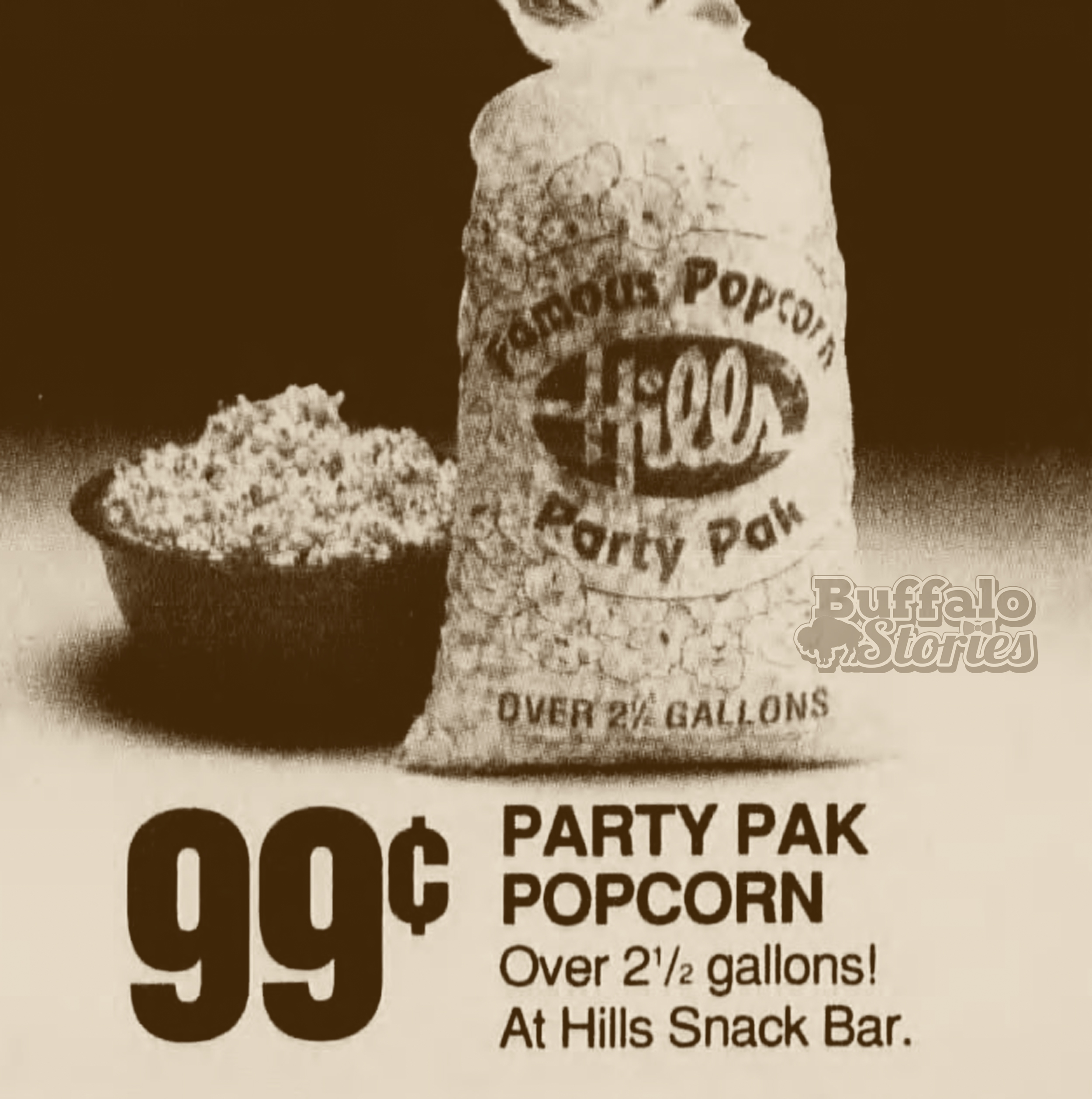 Toward the end of Hills' run in the late '90s, the snack bar offerings became more robust. Alongside roller dogs and hot pretzels were new entrees such as personal pizzas.

As an adult, it's nauseating when the automatic doors of a department store open to reveal a heinous odor blast of leatherized, overcooked roller dogs.

As a kid, though, it was freedom. When that smell wasn't there, we were in a fancy store and told not to touch anything.

But the smell of week-old hot dogs and greasy popcorn was what relaxed shopping smelled like.

And so as you were munching on free Hills popcorn, maybe you could wear down mom to buy a new Matchbox car or GI Joe to go along with the pair of Rustler jeans that you were in there to buy for $9.97 with the coupon from the paper. 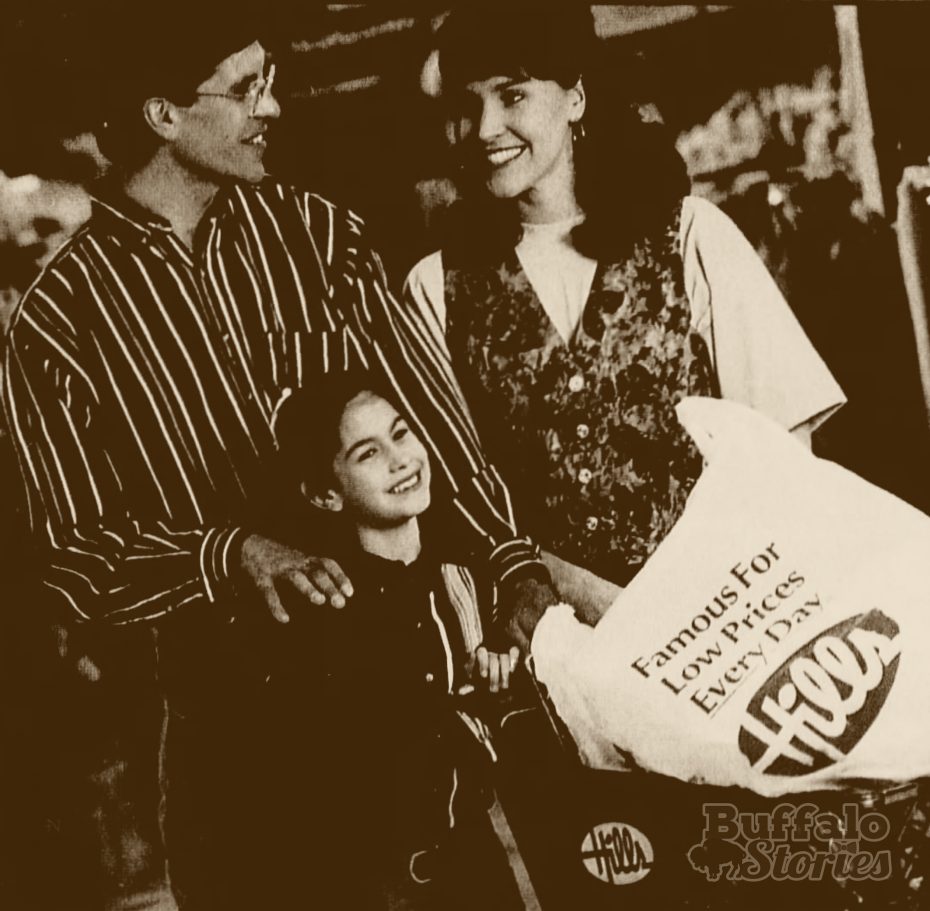 Has your family ever been as happy as it was shopping at Hills? From a 1994 ad.