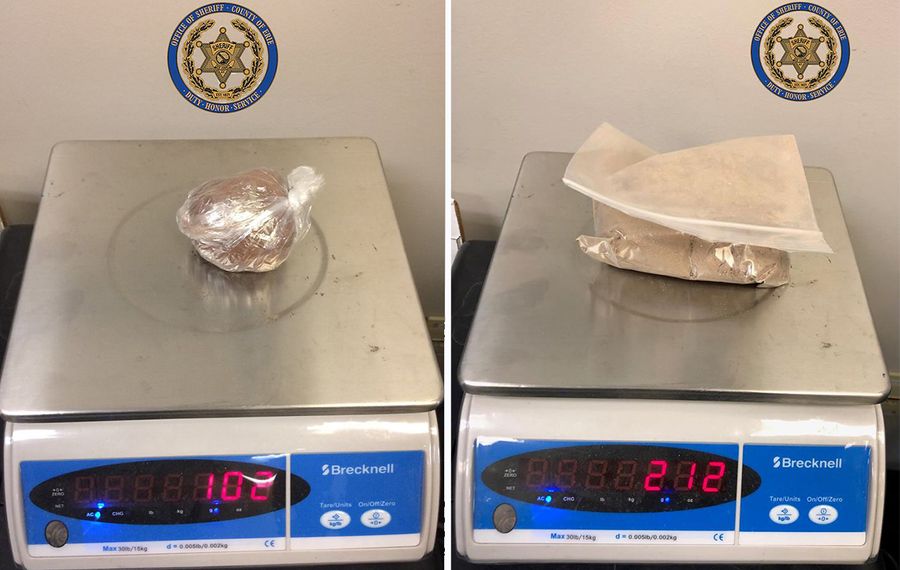 An anonymous tip to the Erie County Sheriff's Office led to the arrest Thursday of a Buffalo man who authorities say had more than 300 grams of fentanyl, a synthetic opioid about 50 times more potent than heroin.

Just 2 milligrams of fentanyl can be a lethal dose, according to the federal Drug Enforcement Administration.

The investigation began last summer. A search warrant was executed at an address on Humboldt Avenue. That resulted in the arrest of Robert Scott, who is now 34, on cocaine possession charges, officials said. Scott pleaded guilty in December to criminal possession of a controlled substance and was sentenced to the court’s diversion program.

Later, investigators got "an anonymous tip that the defendant would be in the vicinity of 1580 Genesee St. in the City of Buffalo and in possession of fentanyl."

As they approached, he tried to flee — first in his vehicle and then on foot — but he was quickly taken into custody, Granville said.

Law enforcement officers found more than 100 grams of fentanyl in a bag tucked into the waistband of his pants, officials said. They also found a gram of cocaine in a pant pocket.

Investigators searched Scott's vehicle and found 212 grams of fentanyl in another bag.

"It's been submitted to the lab for analysis," Granville said. "We don't know if it's a combination of heroin and fentanyl or just fentanyl."

The tip that led to Scott's arrest came into Crime Stoppers Buffalo, which offers up to $2,500 for anonymous tips on opioid dealers.