With Wednesday’s end of the February news sweeps, there is word that sweeping changes are being made in March inside the news department at WIVB-TV (Channel 4).

Following the departure of reporter Jenn Schanz a few weeks ago, multimedia journalists (reporters) Marissa Perlman, Angela Christoforos and Rachele Mongiovi will be headed out the door in March.

Meteorologist Kaylee Wendt, a native of Pendleton, also announced her departure Wednesday after three years amid speculation that she may be headed to Spectrum News.

The exits of the four women are the result of their contracts running out at close to the same time.

Perlman, who is from the Chicago area and arrived here four years ago, is headed for a bigger market at an undisclosed California station, according to station sources.

A native of Salem, Mass., Christoforos is headed back to New England in search of a job there after three years at Channel 4 following a stint at what is now called Spectrum News.

According to a source, Mongiovi, a native of Pittsburgh, also is leaving after three years at Channel 4. According to sources, she wants to relocate in a TV news job near her boyfriend in the Cleveland area.

They all were hired by former Channel 4 News Director Steve Levy. 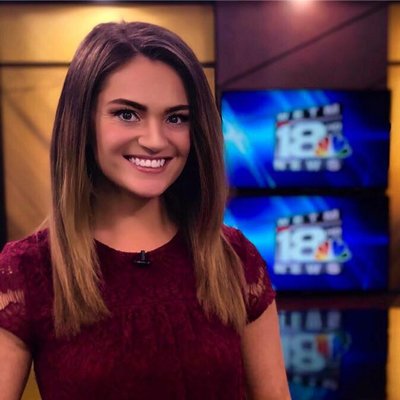 The stations in Western New York prefer to hire natives of the area, primarily because they are more likely to stay here longer.

The relatively low salaries for reporters combined with the high stress level of their jobs can lead to high turnover, especially for reporters who want to be hired in bigger markets.

In addition, there is little chance for a significant anchor job at Channel 4, with Jacquie Walker the primary female evening anchor and Erica Brecher recently installed on weekends. The station also has declined to name a 5:30 p.m. anchor to replace Nalina Shapiro, who left the station a year ago.

In preparation for the departures, Channel 4 has announced the hiring of two reporters, Angelica Morrison and Marlee Tuskes, and a new female meteorologist, Stevie Daniels.

A SUNY Buffalo State graduate, Morrison had been working at public radio station WBFO. Tuskes is a graduate of Williamsville South and the University at Buffalo and arrives from a Utica station, which like Channel 4 is owned by Nexstar.

A native of Baltimore, Daniels arrives from WETM, the Nexstar station in Elmira, where she has been the morning meteorologist. She is a graduate of Salisbury University.