The first major expansion of the Buffalo & Erie County Botanical Gardens in more than a century gained momentum Thursday.

"We are very excited about the county executive's desire to support our expansion project," said David Swarts, the Botanical Gardens' president and chief executive officer. "This puts us at better than $7 million – halfway to our  current stated goal." 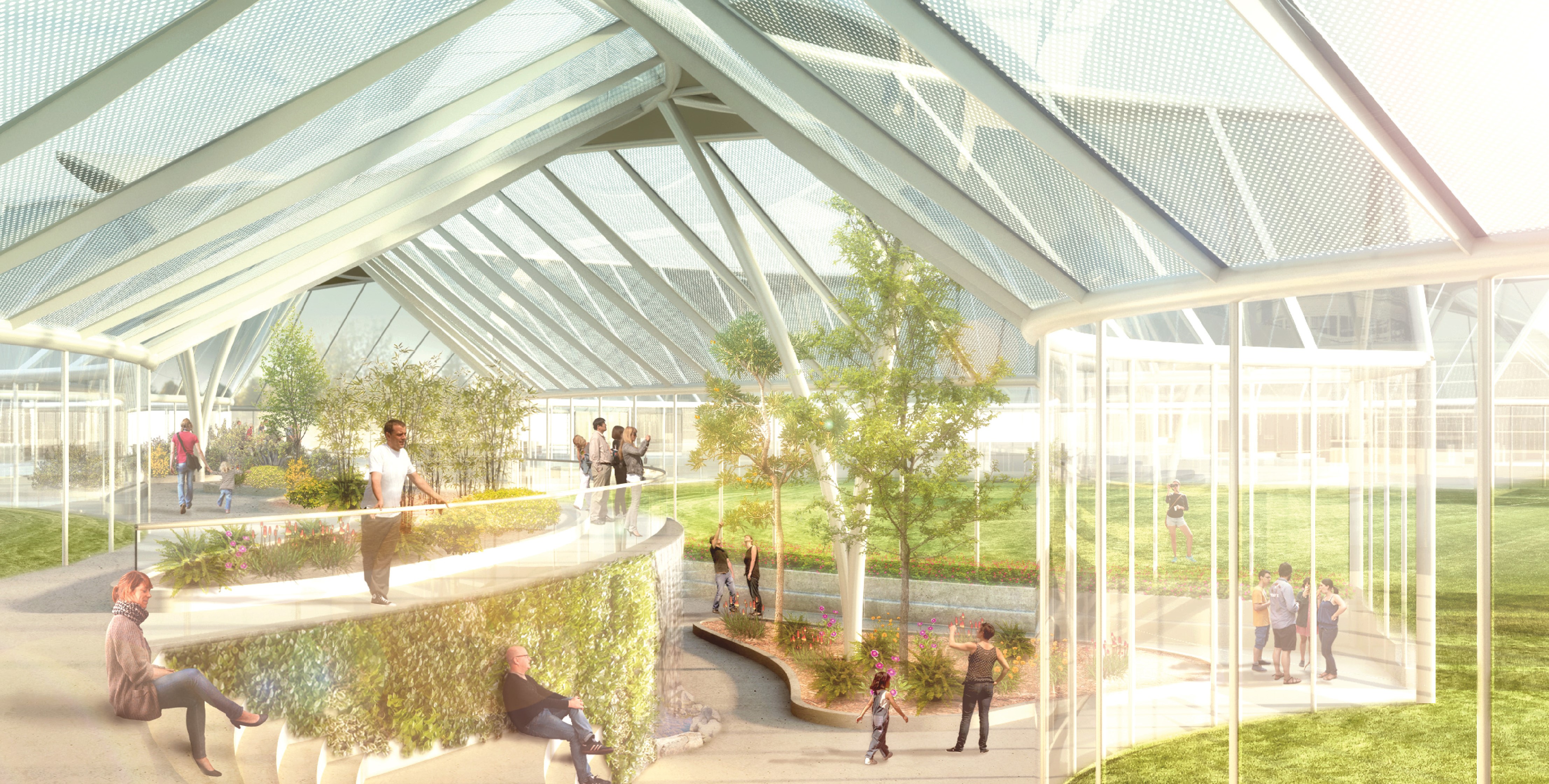 The project calls for a 36,000-square-foot expansion including a large glass building on the southwestern side of the conservatory designed by Toshiko Mori, the New York City-based architect who designed the Greatbatch Visitor Pavilion at the Darwin Martin House.

The building would house a new entrance, cafe and expanded gifts shop. It would also allow people to look down on the grow houses and watch horticulturists working on flower and plant exhibits.

Swarts said he is in discussions with other government leaders, corporations, foundations and individuals to gain their backing.

State Sen. Tim Kennedy, whose district includes the conservatory at 2655 South Park Ave., near the Lackawanna border, has said he will try to acquire state funds for the regional attraction.

Erin Grajek, the Botanical Gardens' associate vice president of marketing and visitor experience, said the South Park landmark had outgrown its spaces. She said an estimated $250,000 was lost last summer by being unable to offer weddings, showers and cocktail parties due to the heat, which the new facility would rectify.

Poloncarz as late as two months ago was taking a wait-and-see attitude toward the expansion, though he gave Swarts the go-ahead to seek foundation support.

But on Thursday, he was all in. 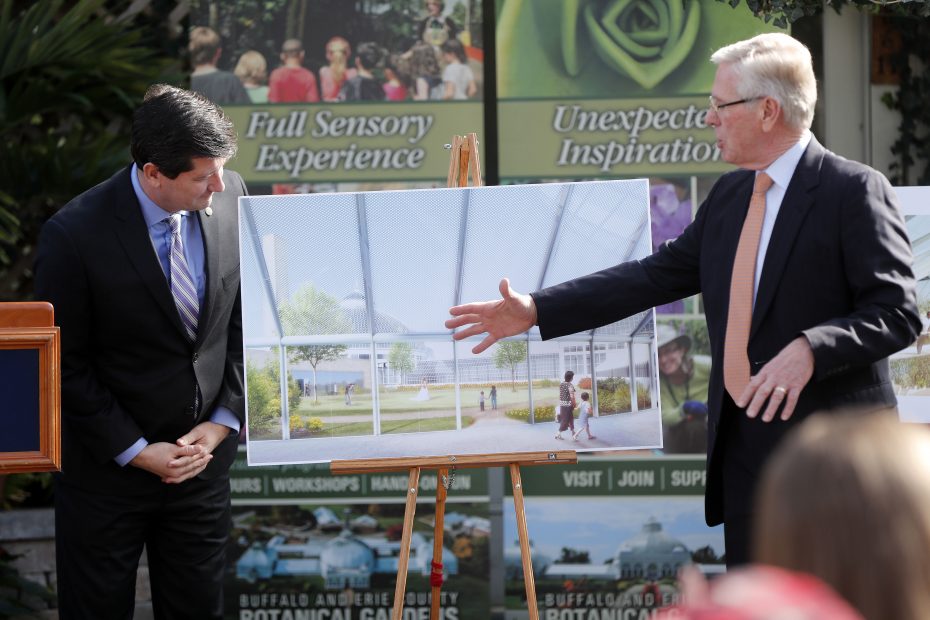 "That's what we do in government -- we support our public needs," Poloncarz said. "One of the best ways of doing that is to supporting arts and cultural institutions that enrich the body and enrich the mind. That is exactly what the Botanical Gardens does for our community."

Eight deteriorating green and grow houses and a garage, some of which were added in 1959, will be demolished to make way for the expansion. Their future repair and restoration costs, Swarts has estimated, likely would have exceeded the cost of the expansion project.

The conservatory's tri-domed glass and steel building, which opened in 1900, was designed by Lord & Burnham, a premier conservatory designer. It will remain untouched by the expansion.

Poloncarz said county revenue surpluses from last year made the timing right to to boost the Botanical Gardens.

"We know that this project is going to matter to the people of Erie County not only in 2019, but hopefully in 2119, because this will guarantee the future of this organization and this facility for decades to come."

Poloncarz called on Erie County legislators to support the expansion.