Buffalo may not be a full-blown hip-hop Mecca, a la Atlanta or Los Angeles, but it is beyond debate that our region boasts a plethora of rappers, MCs and producers who seem to be beholden to no one, artistically speaking.

Though a singular Buffalo sound is difficult to identify, what does unite hip-hop artists in our time is a fearlessness, a willingness to experiment, and an eye for detail that would make a seasoned investigative reporter proud. We’ve got important artists telling important truths in our town.

Here are a few worth checking out:

Westside Gunn: The lead artist on Buffalo’s Griselda records, now an imprint on Eminem’s Shady Records, is perhaps the hardest working man in hip-hop. In the past week alone, he’s dropped a new jam paying tribute to the late fashion icon Karl Lagerfeld, and another, “Bubba Chuck,” that celebrates the awesomeness of Philadelphia 76ers icon Allen Iverson.

Mad Dukez & Fresh Kills: One of the hottest freestylers in Buffalo, his “Getting Gatsby,” released by Buffalo’s Deep Thinka Records in 2013, is already widely regarded as a classic. Read about the fusion of jazz and hip-hop in Buffalo, in which Mad Dukez is involved.

Zone da Northstar: The Buffalo MC has released his latest effort, “A Peek @ the Peak,” and it’s a smackin’ affair, all old-school grooves, contemporary textures, and astute features from the likes of BamVi, Shut Eyez and Keith Concept. 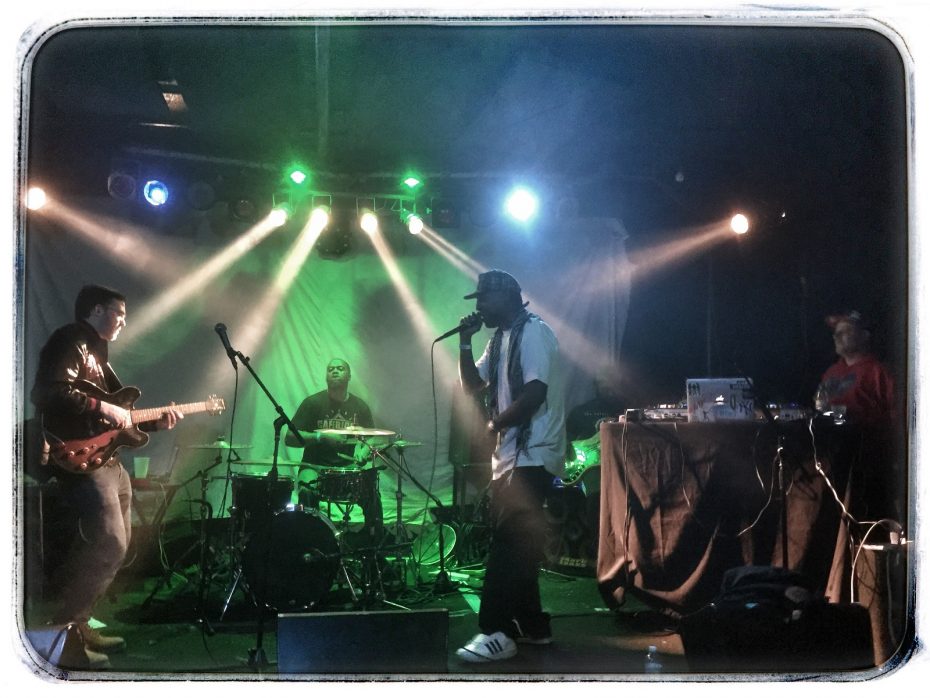 Zone da Northstar and band in a recent performance at Mohawk Place. (Photo by Jeff Miers)

Benny the Butcher: Another Griselda Records artist and, with Westside Gunn, a hand-picked participant in J. Cole’s recent “ROTD3” (Revenge of the Dreamers) week-long recording session and seminar. Griselda Records, from little ol’ Buffalo, is a major player on the broader hip-hop scene, and some of the biggest names in rap are paying close attention.

Chuckie Campbell: A hip-hop Renaissance man, and a major player in the fusion of live band-based, multi-genre mash-ups. Latest single “Dream is But a Dream,” produced by Willie Breeding, is generating some serious spins via Audiomack.com.

*Read more:
- Buffalo hip-hop breaks out through West Side Stories
- Miers column: Hip-hop fights the power while rock stares at its shoes
- History of jazz rap in 10 albums