The owners call it Buffalo’s best kept secret. The lunch menu at Forty Thieves (727 Elmwood Ave.) is a hit with regulars, but it’s not well known to others.

“I don’t think a lot of people know we’re open for lunch,” said Tommy Cowan, who has owned the bar and restaurant with his lifelong friend Brian Scanlon for well over a year now. “You drive by and there’s a glare on the windows so it’s hard to see that we’re open at 11 a.m. every day.”

The turkey brie sandwich is one of the top sellers and it’s even popular on the catering menu. “We’ll do 60 of those sandwiches, which are artisanal on a rosemary focaccia bread, with wings,” Cowan said.

“People reached out and asked us to do catering, so we do a few offices every other week across the area – Lockport, Amherst, Orchard Park. We have a calling and people like the food.” 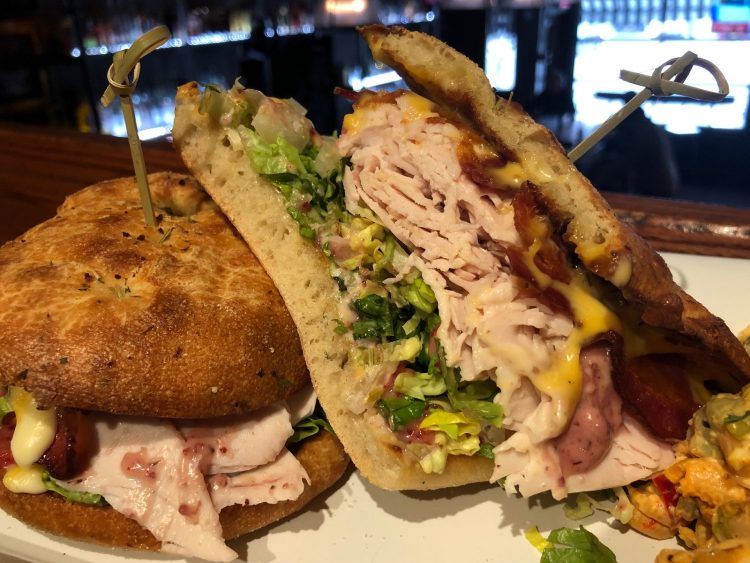 Just as customers sought out catering, Scanlon said they are seeking out new drink options as they seem to be more educated than in the past. “I think the average knowledge of drinkers has increased over the years and they know what they’re talking about and they are more fascinated than ever about the culture of whiskeys and bourbons – we see that in our orders.”

That’s why the bar carries more than 75 different types of whiskey along with 26 tap lines for draft beer to create a “big city feel in a neighborhood pub,” said the owners, who see a lot of foot traffic from the Elmwood Village neighborhood. 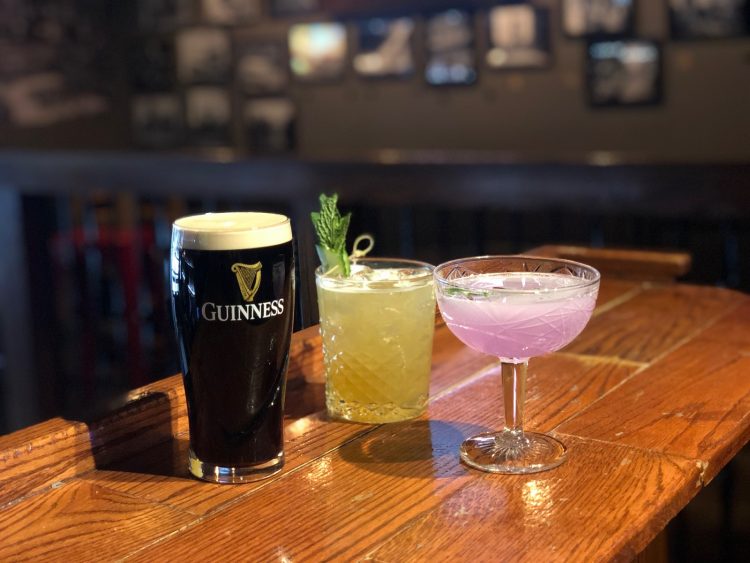 Draft beers and specialty cocktails with movie-themed names like The Five Points or The Bludger are a draw at Forty Thieves. (Elizabeth Carey/Special to The News.)

In fact, when the snow flies, nearby residents flock to Forty Thieves. “This place was so busy during the last snowstorm,” Scanlon said. “They tried to drink us dry.”

"People love to come in and get comfortable at the bar and they feel comfortable here,” Cowan added. “That’s why we wanted a New York City back bar type of feel.”

Forty Thieves is named after the first organized Irish gang from New York City in the 1800s and you’ll see a similar theme on the cocktail menu, too – each one is a reference from the movie "Gangs of New York" like The Bludger (Empress gin, simple syrup, Cointreau) or The Five Points (Lockhouse barrel-aged gin, lime juice, simple syrup, soda water, cucumber and mint garnish).

You’ll also find historic pictures of New York City and Buffalo lining the walls of the restaurant to go along with the theme that Scanlon and Cowan developed, but don't let that Big Apple aspect intimidate you –  envision a McSorley's type of vibe from two Buffalo guys who fry up some of the best wings in town (50 cent wings on Sunday, Monday and Tuesday). 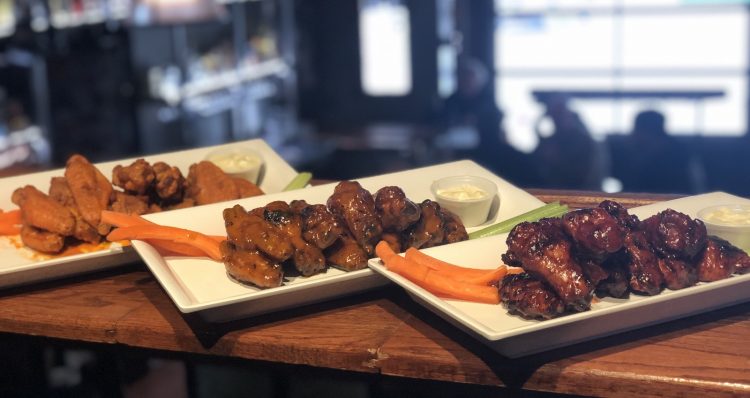 Choose wings from a variety of flavors including Smitty style, southie gold or spicy BBQ style shown here at Forty Thieves. (Elizabeth Carey/Special to The News.)

“It’s a corner pub feel, but on Elmwood Avenue, where you feel warm and welcome here – that’s what we push with our bartenders and our staff,” Scanlon said, noting that they are looking forward to parade season. “St. Patrick’s Day, the Gay Pride Parade, art festivals – people love sitting out on our patio.”

Forty Thieves opened just in time for the Elmwood Festival of the Arts in 2017 and is planning to expand its menu this summer with additional salads and more.