The Buffalo couple switched to a plant-based eating regimen in May 2017, after Miller suffered a health setback, and already reshaped their bodies – but both lost more weight in January, further toned their tummies and shed their already tiny love handles.

“This was almost like climbing the tiers of the nutrition ladder,” said Miller, 34, a Buffalo schoolteacher.

"We definitely notice a huge difference," said Kruse, 28, who works in marketing. "When we go out now and eat vegan fried food, we're super lethargic. We notice such a change. It's almost like you don't know how good you can feel."

Challenge breakfasts consisted of gluten-free, old-fashioned overnight oats, sprouted buckwheat cereal or raw pancakes, all made with whole grains and topped with fruit.

The couple also traded a taco dish made with processed faux meat for a version teeming with sprouted lentils, sun-dried tomatoes and fresh herbs, wrapped in lettuce.

"It was delicious food, really good," Kruse said. "It was so healthy, so unbelievable."

Sharon Cryan, owner of Food Nerd and a former East Aurora High School classmate of Kruse, proposed the challenge, which required the couple to eat only raw fruits, vegetables and grains, none of them processed or cooked above 115 degrees.

She provided the food in exchange for the couple sharing their adventure with the more than 17,000 followers they have on social media.

“Every single dietary decision you make, every day, can either help you or hurt you," said Cryan, who quit her job last year as a real estate lawyer in New York City to return home and start her plant-based meal-kit service. Raw foods are packed with micronutrients that can be minimized or washed away during cooking, she said, adding, “We've exchanged convenience and taste for longevity and vitality." 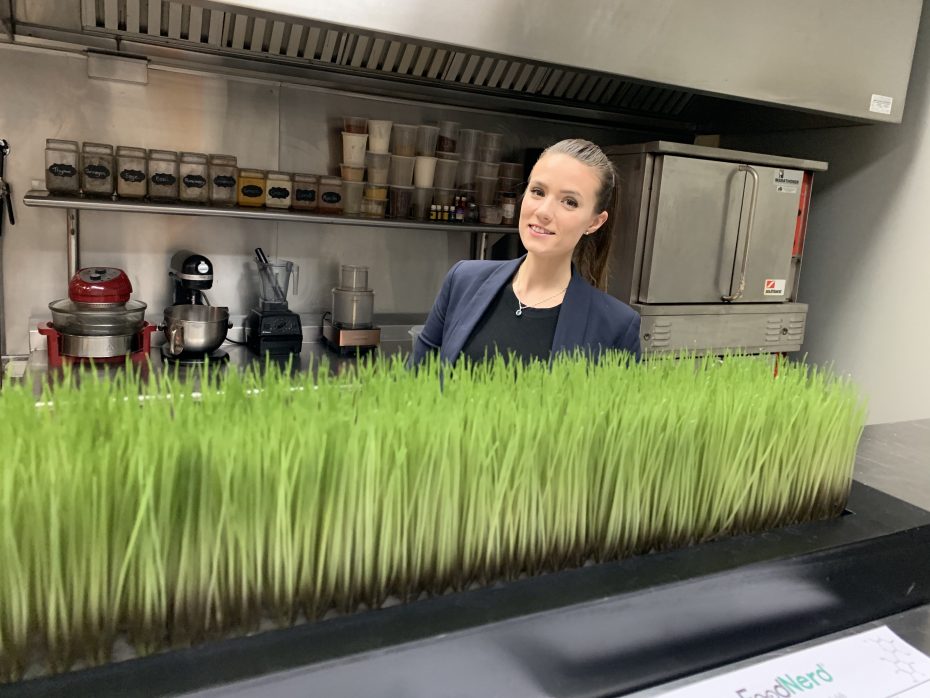 Three daily Food Nerd meals were so nutrient dense that Miller and Kruse said they didn’t need to snack between them. Miller also learned after several days that he didn’t need twice the portions of his girlfriend, as he anticipated at the start.

"You need much less if you're getting more nutrients,” Cryan said. “Your body is signaling to your brain, 'I have the nutrients I need,' so it cuts off the hunger craving. People can eat large amounts of food that's not good for them because their body is still asking for the nutrients it needs and it's not receiving them." 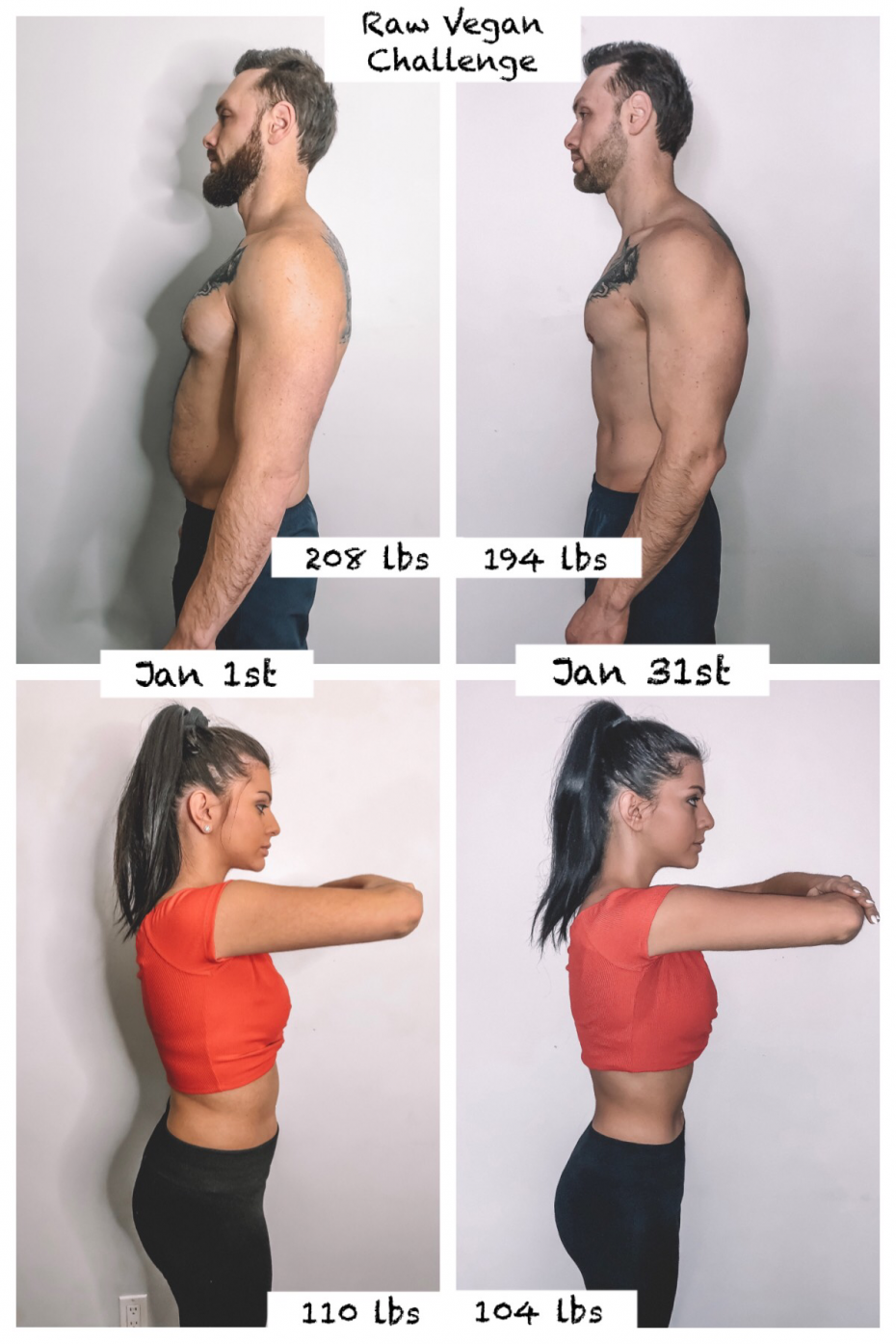 They kept the same fitness regimen but also swore off alcohol, coffee and soda pop, the latter of which they rarely drink anyway.

They have yet to return to coffee and continue to eat “raw before 4,” Miller said, though they do partake of warm, whole, plant-based foods for dinner.

The couple also made a major change after the challenge, traveling to New York City to get body-painted on Feb. 1 by artist Trina Merry, a raw vegan herself.

Merry brushed them both with a likeness of the cardiovascular system, showing what can take place on the inside. She painted the statistic on Kruse’s back that one in four Americans who dies each year does so from heart disease; on Miller’s back, she wrote, “Will you marry me?”

A shocked Kruse said yes to the proposal in front of a chilled, approving audience in Times Square. Her new fiancé credits her with standing by him after doctors discovered a blockage near his heart 20 months ago, and embracing a vegan lifestyle in a way neither of them could then have imagined.

"Why not – during this ultimate moment,” he said, “where our lives are kind of painted on us, where we're representing this story – to kind of seal the deal?"