The shakeup in management at the company that operates the Buffalo Bills and Sabres ramped up Tuesday with the departure of three executives.

Pegula Sports and Entertainment announced that its chief operating officer, Bruce Popko, and two other top officials had left.

A statement from Kim Pegula, the company's president and CEO, did not give any reason why the trio was exiting PSE and did not name replacements for them. Pegula and her husband, Terry, own Pegula Sports and Entertainment, the Bills and the Sabres.

"While there [have] been many changes in the last year, I am confident that these changes will ensure the long-term success of our organizations," Pegula wrote in an internal company memo obtained by The Buffalo News.

The turnover at PSE dates to last May, when President Russ Brandon resigned amid allegations of personal misconduct.

The changeover in the executive ranks comes as the Bills and Sabres have struggled to sustain success on the field and ice, respectively, and as the two sports teams begin planning to renovate or replace their longtime homes.

"Obviously, it feels like there's a bit of instability there," said Tim Maynes, an assistant professor of organization and human resources at the University at Buffalo.

The three executives who left Tuesday had risen through the ranks of PSE and its related operations. Their departures leave questions about who will replace them, with Kim Pegula saying she would be "looking to fill the positions on a case by case basis as deemed necessary.”

Popko joined the Bills in 2009 from International Management Group, as senior vice president of business development. He also had experience with the Cleveland Browns and the San Francisco 49ers, the National Football League and the New York Jets.

Popko was named the Bills' chief revenue officer in April 2014, and moved to PSE 10 months later as executive vice president of business development. In February 2017, he was promoted to the position of chief operating officer of PSE.

As chief operating officer, Popko oversaw day-to-day operations and also worked with Kim Pegula on major initiatives, including the company’s relationship with Labatt USA that led to the redevelopment of an industrial building next to the Sabres’ parking ramp into the Labatt House.

In November, it was Popko who spoke on behalf of PSE about the hiring of a consultant to the study the long-term stadium and arena needs of the Bills and Sabres. In May 2018, Kim Pegula told The News that she and Popko had taken the lead on the Bills' long-term stadium planning following the resignation of Brandon as president of PSE and its sports franchises. 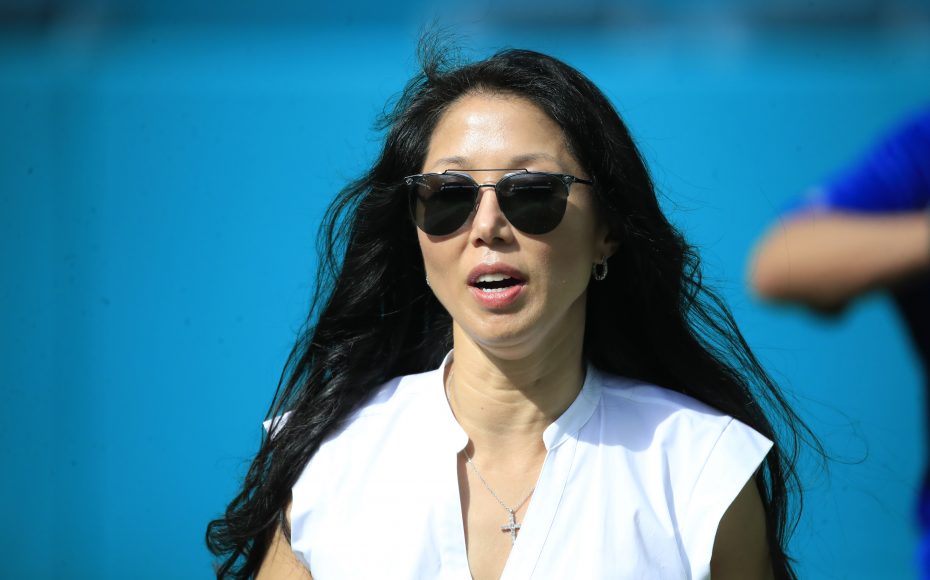 Buffalo Bills owner Kim Pegula wrote in an internal company memo obtained by The Buffalo News: "I am confident that these changes will ensure the long-term success of our organizations." (Harry Scull Jr./Buffalo News)

At the time of promotions for Popko and Muhleman in 2017, Kim Pegula praised both as "instrumental" in merging the Bills and Sabres business operations, along with Harborcenter and other entities, under the PSE umbrella.

PSE has undergone substantial turnover in the last year, including Brandon's resignation, following an internal investigation into his workplace behavior and allegations of personal misconduct, two sources told The News in May.

Gilbert, senior vice president of administration and general manager of Harborcenter, and Nik Fattey, vice president and director of hockey at Harborcenter, resigned in January after an internal investigation into whether the two men sexually harassed female employees after a holiday party in December, according to four sources.

Local political and business leaders alike said they were stunned by the news of Tuesday's departures from PSE, noting in many cases that they had just met or spoken with one of the executives as recently as last week, with no indication of any problems or change of status.

While departures continue at PSE, the organization has added or promoted some other employees.

UB's Maynes said companies typically make sweeping changes of this nature for one of several reasons: There could be performance issues, it could be a matter of wanting to change the corporate culture or ownership having a different view of where the company should go in the future, he said.

This kind of turnover isn't necessarily unusual, Maynes said, particularly at privately held companies such as PSE where the owners can act swiftly without having to work within the confines of a rigid corporate bureaucracy or with the approval of a board of directors.

If it's a question of workplace behavior, Maynes said, research shows misconduct in the top ranks of management can have an effect on the corporate culture.

Executives who set a good example also can affect the company climate, he said, and that's why any housecleaning often starts at the top.

"It does send a message inside the organization," Maynes said.