Was it written in the stars that we were supposed to meet that cold, wintry night? We happened to be at a college party wearing the exact same thing. For those that know me, no worries, he was not wearing a skirt.

We both had white button-down shirts, gray crew neck sweaters, and blue jeans. When our eyes met, we both laughed and he asked me if he could have my number; since I was dating someone else, I said no.

A few weeks passed and we ran into each other at a hockey game, we smiled and I noticed he had brought a date. By then I was no longer dating my boyfriend so I told him and left him with my perfume-scented bandanna.

I fought the urge to become interested in him because he was tall, dark and handsome and I figured he had mobs of girls chasing him. Plus, he was a funeral director – he must be strange.

We began to date and had our ups and downs because of all the hours he worked. I naively thought that once we were married, I could change that. I didn’t realize how wrong I was. 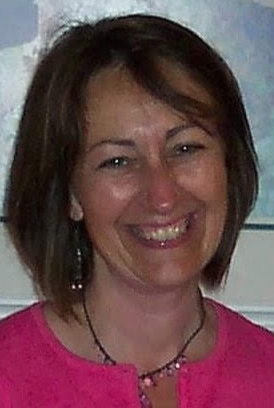 Being the wife of a funeral director is not easy because your husband is on call 24 hours a day, seven days a week. To this day I still dread the sound of the phone in the middle of the night. It’s never good news – death occurs on its own schedule.

When our boys were young, I would become upset when I had to share Mike with people at any given moment, plans canceled, our boys’ games and concerts missed along with holidays and family parties. Vacations would rarely happen, and loneliness found a way to creep in.

The funeral business has a lot of lighter moments as well. We had lived in a few funeral homes over the years and my first night in one was peculiar because of what I did. Mike had asked me why I was sleeping near the end of our bed; I didn’t answer and laughed it off. Earlier in the day I had walked around the funeral home checking out windows and realized that our clients were directly under us and would be looking up at me.

One other time during calling hours, I was about to hop in the shower when a little old gentleman walked in looking for the bathroom. Another night, our cat Hamilton snuck down the stairs and was just sashaying around with a family in mourning.

The light went on one Christmas Eve when our family couldn’t join us to celebrate because of a raging snowstorm. As sad as I felt, it hit me when Mike left to make a removal – the family needed him more. I remind myself of that every time he walks out the door; understanding and support was what I needed to give. I knew that stress and sacrifice were part of the business and I finally learned to accept this.

I began working as the office manager at the funeral home 18 years ago. I have such an appreciation for what Mike and our sons do in making sure every family receives the best possible tribute.

When I was younger I had no idea what goes into all the arrangements needed in planning a funeral. I realized that when Mike wouldn’t change, he wasn’t the one that should. He was doing exactly what every dedicated funeral director does, assisting families in their time of need. I was the one that needed to change.

Peg Cushman, of Niagara Falls, accepts the sacrifices of her husband’s business.