Every great city neighborhood needs a gastropub. And as Hertel Avenue moves steadily toward that designation with each new business and facelift of an existing one, Sterling Ave Tap & Wurst checks the box.

In my experience, any establishment classified as a gastropub promises three key things: a welcoming, laid-back-yet-lively atmosphere; an enticing craft beer list, and quality food at least in traditional pub food (burgers, mac and cheese and fish fries) evolve by virtue of some level of culinary forethought and effort. Sterling fits the bill on all fronts.

Mementos and modern accents clash in its warmly lit, hardwood-heavy interior. Your eyes will likely meet flatscreen TVs, walls lined with metal and neon beer signs, and a few character-building pieces—a piano, wooden shelving containing old books and antiques, throwback Pepsi signs, and a merlon-like collection of beer tap handles. In the back is a faded yellow Sterling Tavern sign—an homage to the place’s previous incarnation. 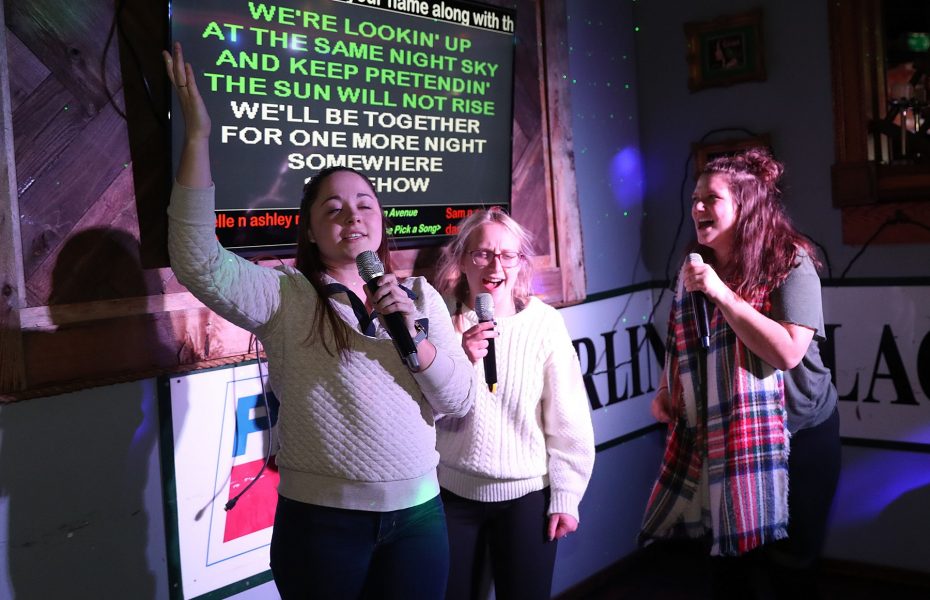 As a spot to meet friends for a drink and a bite, Sterling has its draws. DJ Trivia of WNY stops by every Wednesday. Thursday is karaoke night.

What’s new? Wings are 50 cents on Mondays, live jazz every Tuesday ($5 cover), which also is “Two for Tuesday” (any two burgers and two craft beers for $25). There's also a revamped food menu featuring shareable platters, a late-night menu, and new brunch and dinner features. Plus—as every craft beer enthusiast knows is a must—flights.

Of course, the value of a flight is defined by the diversity and expanse of its draft list. On a recent Friday night visit, I concocted a four-piece flight from a 19-tap list of frequently rotating microbrews from breweries far and wide. I went with Galaxy ABNQEU Coffee Stout, Long Trail Cranberry Gose, Gun Hill Universal Truths Belgian blonde ale and Firestone Nitro Merlin milk stout.

Now that even neighborhood dive bars have local craft favorites like Southern Tier IPA and Flying Bison Aviator Red on draft, it’s these types of uncommon, East-to-West-Coast-spanning options that earn craft beer geek approval. (And the impressive draft list is supplemented by 20-plus bottled beers.) 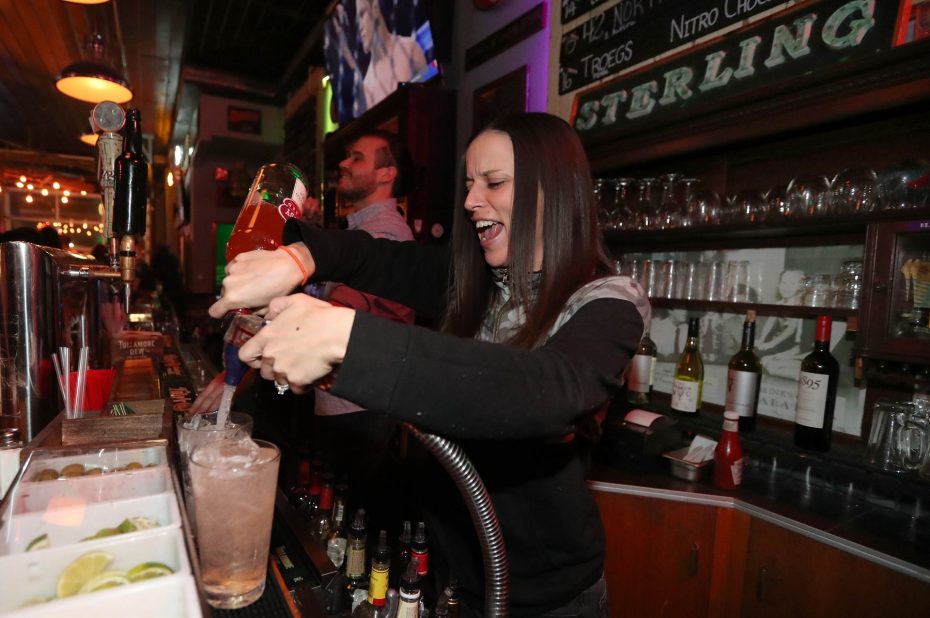 It’s time to level with you, though: As someone who lives just a few blocks away, Sterling has long been a spot for a beer only when nearby Del Denby Tavern is too packed and a place to eat only after I’ve had next-door Lloyd Taco Factory twice in the past week.

Despite all the makings of a neighborhood favorite, Sterling has failed to become anything more than just “a spot” since being sold and transformed from a divey tavern into its current iteration in 2015. But on my most recent visit, I finished my flight, peered around the busier-than-usual bar area, scanned the live music poster behind me and sensed change. 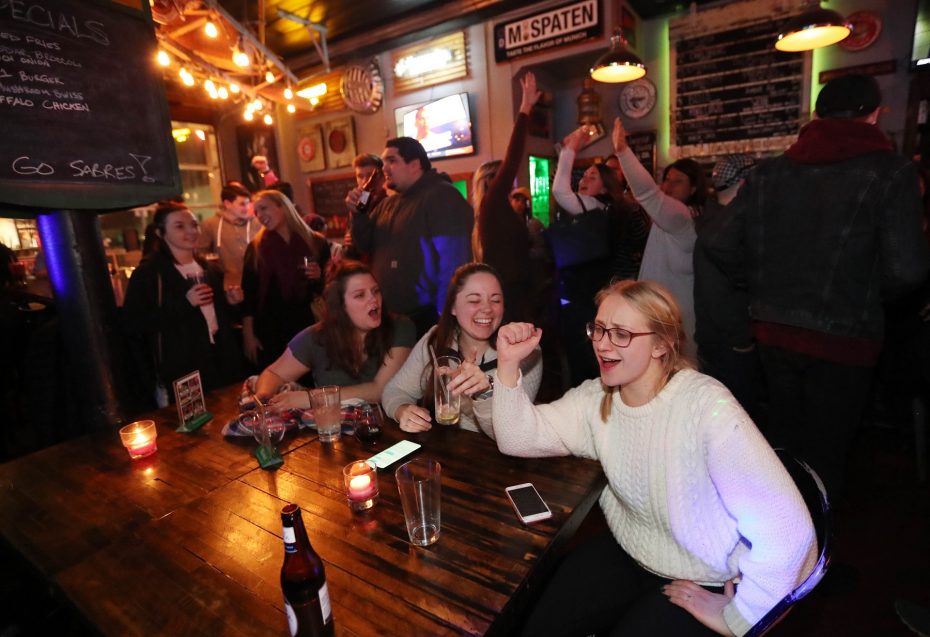 I brought it up to our friendly and attentive server, Albert “A.J.” Paule, who was the general manager covering for a call-in. “It feels different in here lately—more effortful and inspired,” I said. He thanked me and explained that he, a new head chef and a number of other key staff members had recently been brought in as part of a personnel overhaul.

That explained a lot. The staff changes and new features could signal Sterling finally reaching its full potential, and becoming “the spot” rather than simply “a spot” on heating-up Hertel Avenue.

Scene: A warm, modern, craft-beer-focused pub catering to all demographics featuring nightly events in the heart of the quickly evolving Hertel district.

Happy hour: 4 to 6 p.m. Monday, Wednesday and Friday with $1 off all draft beers, wines and shots.

Credit/Debit: Yes, with ATM on site.

Don’t forget to: Check out what’s currently on draft and on deck on Untappd.

*Read more bar features by clicking on the Story Topic, below. 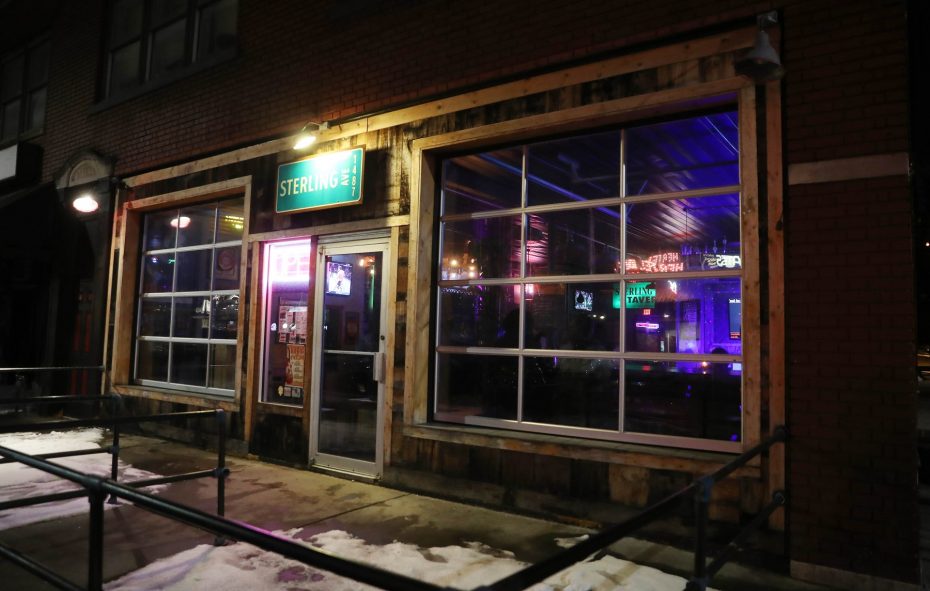 The Sterling Tap and Wurst is at 1487 Hertel Ave. (Sharon Cantillon/Buffalo News)