If you were one of the Western New Yorkers who lost your power Sunday and didn’t get to see the Oscars, you missed some surprises.

The biggest surprise: It ran for “only” 3 hours and 20 minutes on ABC. That was partly because it didn’t have a host gobble up some extra minutes.

Another surprise: Some prominent critics went to Twitter and praised not having a host because it seemed to help move the program quickly.

I was surprised by that reaction because for decades critics needed someone to host just to make fun of them at the top of their reviews.

Since we take a poll about everything these days, I’d like to see if anyone missed the chance of seeing the next Billy Crystal have fun with the nominees.

I may be in a minority, but I felt the program could have used more fun that a host typically provides at the top of the show – or at least say something that the Twitterverse could condemn.

By midway through the program, I wished they had come back to make the show more fun.

By then, almost all the speeches were windier than the weather outside in Western New York. 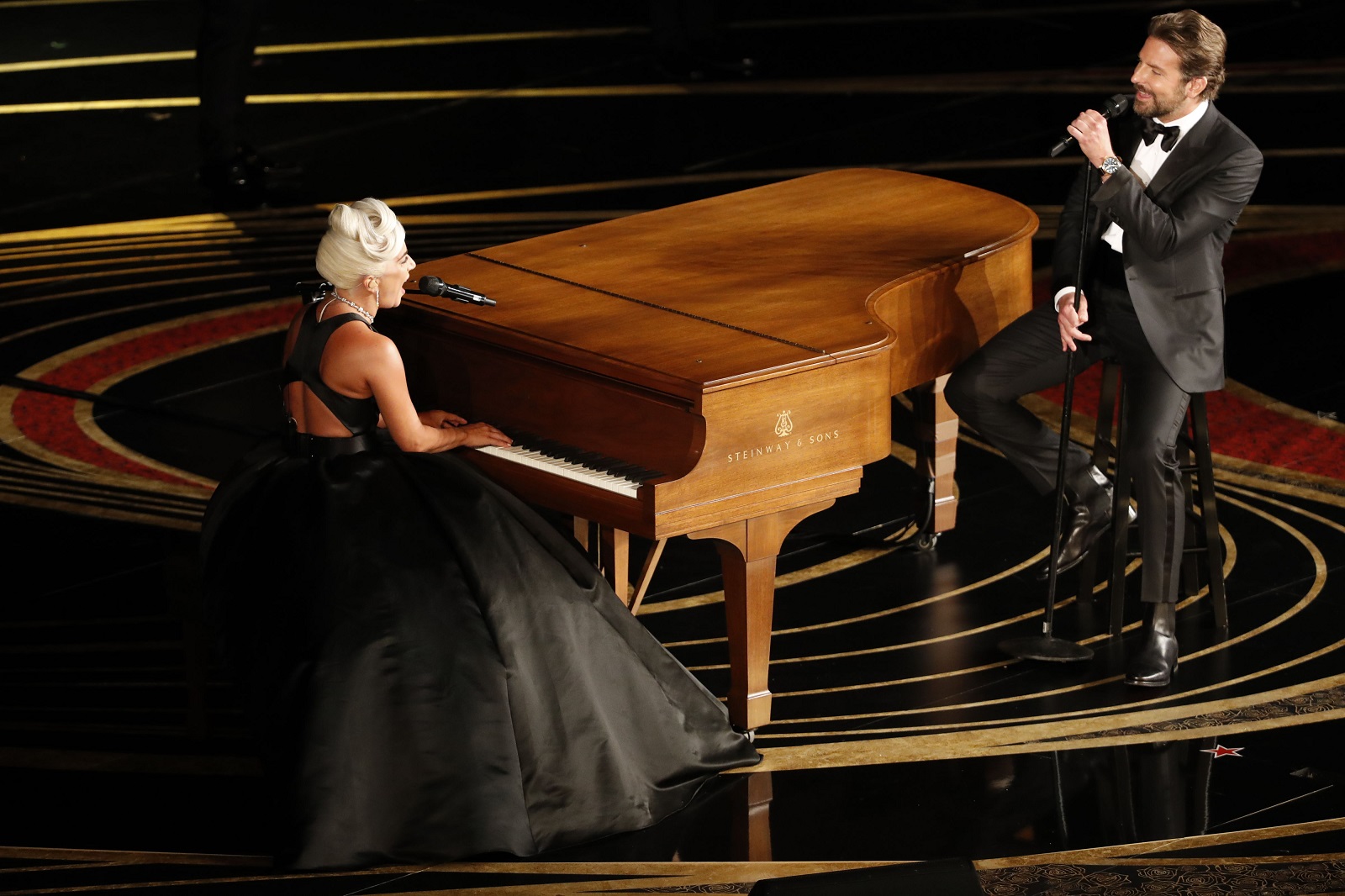 The early speeches were so cringeworthy that they cried out for a host to make fun of them. The winners should have been told not to read a list of people to thank – especially if you have trouble reading the list.

Some of the winners had pages of notes in their pockets, with one “Black Panther” winner, production designer Hannah Beachler, reading her speech off an iPhone for so long that the guy who won in the same category couldn’t get one word in before the music played them off.

That’s another reason to hate the iPhone.

The Oscars did a better and more interesting version of the Grammy Awards than the Grammys did two Sundays earlier with the help of performances from former contestants from the Fox version of  “American Idol” – Adam Lambert at the top of the program performing Queen songs and Jennifer Hudson performing one of the nominated songs.

The singing highlight was the loving performance by Lady Gaga and Bradley Cooper of their duet of “Shallow" from their film “A Star Is Born.”

You knew Gaga was going to great to be great, but Cooper sounded much better than anyone had the right to expect from an actor not known to be much of a singer.

As expected, their film – once a big favorite – was shut out of the big awards.

But not everything went according to predictions in a night in which diversity was celebrated with multiple deserved victories by people of color. Let’s just say the local weathercasters did a much better job predicting Sunday’s 60 mph winds than the Oscars forecasters did picking winners.

The biggest surprise came at the end when “Green Book” was named best picture over three films that were believed to have a better chance – “Bohemian Rhapsody,” “Roma” and “Black Panther.”

I enjoyed “Green Book” the most of the seven nominated films I saw, but was still stunned it won considering it had received considerable criticism for the upbeat way it ended the story about eventual racial harmony between classical pianist Don Shirley and the Italian-American bouncer who drove him to his appearances during a 1962 tour through the deep South.

The only nominated film I didn’t see was “The Favourite,” which meant I missed the performance by Olivia Colman, who won as best actress. I have friends who walked out of the movie, which is one reason I haven’t seen it. The other reason is it left WNY faster than former Bills cornerback Vontae Davis. 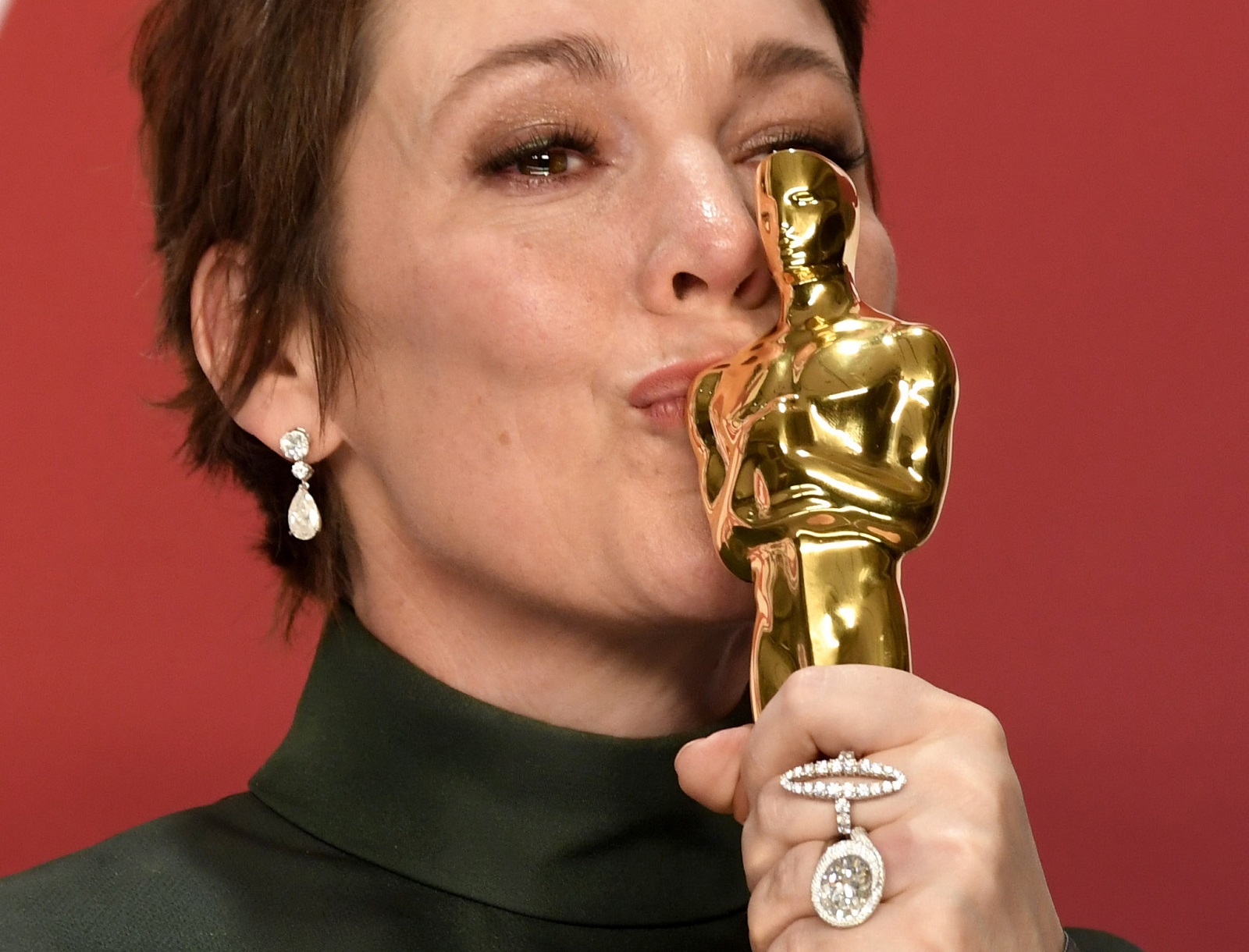 Olivia Colman, winner of Best Actress for "The Favourite," poses in the press room during the 91st Annual Academy Awards. (Frazer Harrison/Getty Images)

Colman did give a speech worthy of seeing, an adorable, self-deprecating address in which she suggested she wanted Glenn Close to win in the category for her performance as “The Wife.”

Close was treated like her character in the movie, which is to say unfairly. The highlight for Close fans had to be watching her rock out to Lambert’s version of “We Will Rock You” at the start of the program.

But if anyone should know life in Hollywood isn’t fair, it is Close.

Now on to more highs and lows through my Sunday night tweets during the program – slightly edited, primarily to put them in context.

Rep. John Lewis, a Civil Rights leader, received one of the biggest ovations of the night introducing "Green Book." Only the introduction of Barbra Streisand – who presented highlights of the Spike Lee movie “BlacKkKlansman" – may have topped it. The program didn’t have much political material, with Rudolph’s early crack that Mexico isn’t going to pay for the border wall and Lee’s acceptance speech asking viewers to “do the right thing” in 2020 a few exceptions. Predictably, President Trump responded to Lee on Twitter Monday morning.

Rami Malek, who was named best actor for playing Freddie Mercury in “Bohemian Rhapsody,” also has won an Emmy for “Mr. Robot.” I would have given the Oscar to Christian Bale for his portrayal of Dick Cheney in “Vice.”

Regina King, who was named best supporting actress for “If Beale Street Could Talk,” also has won two Emmys, one for ABC’s canceled “American Crime.” She is great in everything she does.

The guy introducing “In Memoriam” was lifeless himself. But the annual exercise of honoring those who died in the industry was beautifully done.

The Knicks and Spike Lee won on the same night. Bravo. Lee won for his adapted screenplay after presenter Samuel L. Jackson told the few New York Knicks fans in the audience the NBA team had broken a lengthy home losing streak. Lee celebrated his victory by jumping into the arms of Jackson.

I know I am in the minority, but I thought “Bohemian Rhapsody” was just a good TV movie, nothing more. (This tweet actually got my most likes so maybe I am not in the minority.)

It was quite a night for Mahershala Ali, with “True Detective” having its season finale on HBO just as he won as best supporting actor for “Green Book.” But he really should have been in the lead actor category. Halfway through the Oscars, I wished I had watched the finale of "True Detective" instead.

I really enjoyed watching “Roma” on Netflix. I imagine it is even better in a movie theater, a tweet seconded by the North Park Theatre, where it recently played. It won for best foreign film, best director (Alfonso Cuaron) and best cinematography (Cuaron).

“Free Solo,” which followed rock climber Alex Honnold’s climb of El Capitan in Yosemite National Park, won as best documentary. It airs at 9 p.m. Sunday on the National Geographic Channel. Incredible footage. Don’t miss it. It will rock you.