Raymond D. Slaughter Jr. had two children follow him into the military, just as he did with his father, who served in the Philippines during World War II.

"It's a good experience to be in the service. Everyone should go through it," Slaughter said.

He shows off an 8-by-10 photo of himself in uniform surrounded with smaller photos of his daughter, father, friend and a cousin, also in uniform, and another of his son. While Slaughter and his father served in the Army, his daughter, Tracy, and son, Raymond III, opted for the Air Force.

Slaughter joined the Army with three of his Emerson Vocational High School buddies in August 1960, as Cold War tensions were rising. Once they signed the papers, they all were stationed at different bases.

He admits one reason he signed up was to leave home, where he was the oldest of eight children and often had to watch the younger ones.

After basic training, he was stationed in Germany for 22 months as the pressure mounted between the East and the West.

"We thought there might be combat," he said, but he added, "I didn't do anything heroic."

While he was in Germany, the wall dividing East and West Berlin was built, the Bay of Pigs invasion of Cuba failed, and President John F. Kennedy stared down Soviet Premier Nikita Khrushchev — and won — over nuclear missiles in Cuba.

"We went to Germany because of the wall," Slaughter said, but he added, "I never saw the wall." 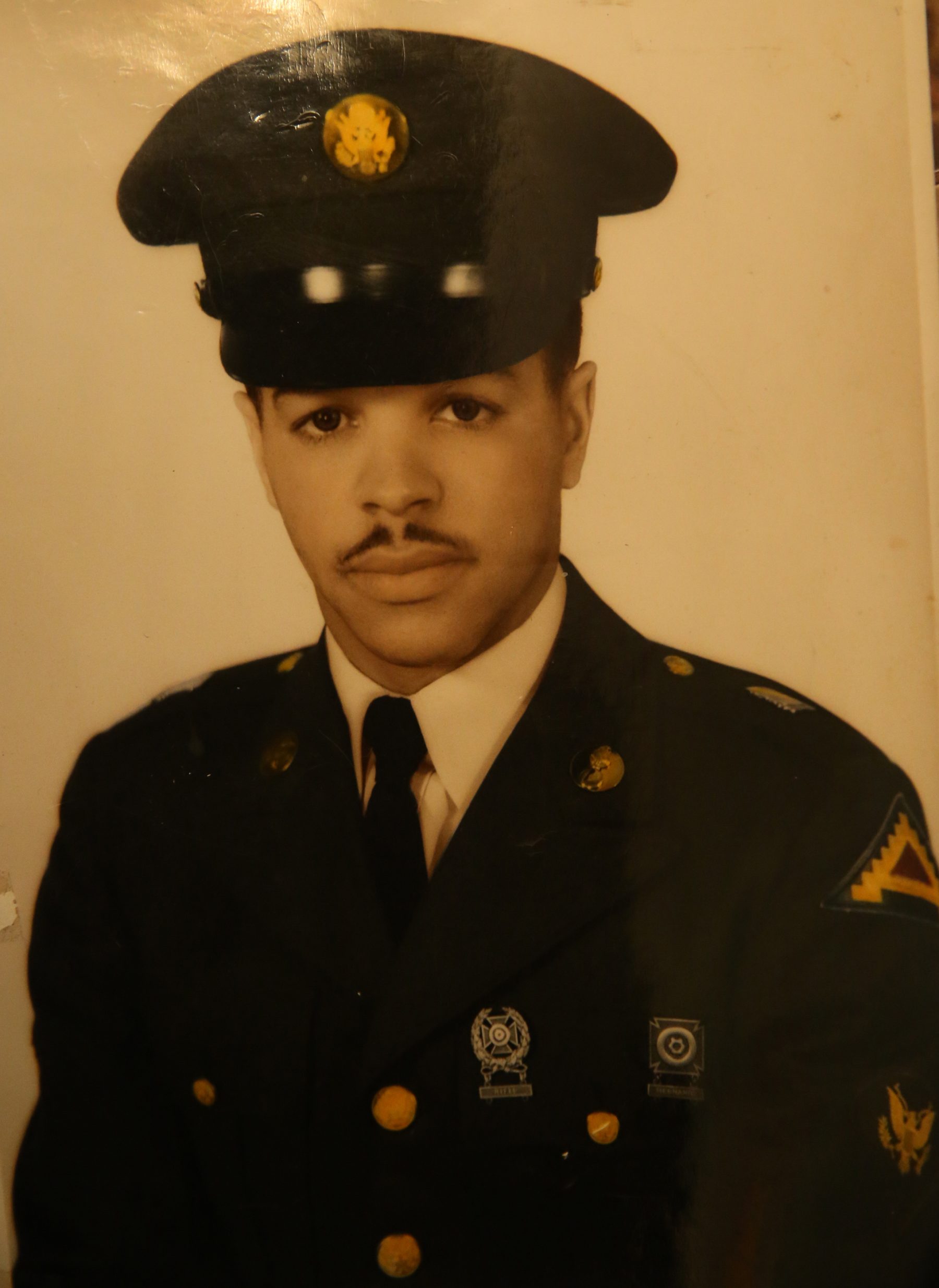 A photo of Raymond Slaughter Jr. from his days in the U.S. Army, (John Hickey/Buffalo News)

Germany was being rebuilt after World War II, and the German people were friendly, he recalled.

Some of the worst hostility he faced was in the United States, while he was stationed at Fort Benning, Ga. Someone threw an egg at him and it hit him in the head, he said. He also recalled hopping on a bus while in uniform and sitting in the front. Even though Rosa Parks had made her stand on segregation half a decade before, he was told he could not sit at the front.

Through it all, Slaughter developed a good friendship with another soldier who helped him navigate the Jim Crow south. They served together for several years, but got separated when they got off the transport ship in New York on their way home.

"I never got a chance to say goodbye," Slaughter said.

Slaughter served three years, and came home to Buffalo on a Saturday. By Monday, he was working at a foundry in Depew, where he stayed for 10 years.

He moved to Detroit, where relatives told him the automobile plants were hiring. He got a job working on the Cadillac line at General Motors, and stayed in Detroit for 33 years. Slaughter later moved to Texas, and then returned to Buffalo in 2012. The father of six children, he has 15 grandchildren and several great-grandchildren he wanted to get to know better.

In Texas, Slaughter was a cashier in a Salvation Army store. When he returned to Buffalo, he started volunteering with Meals on Wheels five days a week. He started out helping his son, who also volunteers there. Slaughter's two routes take him about an hour and a half to complete.

"I just don't believe in sitting around," said the 77-year-old veteran.

A fellow Meals on Wheels volunteer, Bill O'Hare, praised Slaughter for his service to his community and country. He said it's hard to get volunteers to deliver meals once a week, but Slaughter comes every day.

"He does two routes. It's not easy doing these routes, in weather like we’ve had," O'Hare said. "Giving back to the community the way he does, I think it's unbelievable."