The Lockport mother got the shock of her life while playing with her toddler daughter.

According to the mother, the little girl – just 3 years old – lifted one leg into the air and displayed her genitalia to her mother. Then, the girl tried to reach into her mother’s pants and touch her mother’s genitalia.

“Why are you doing this?” the mother asked her little girl last April on the covered back porch of their home.

“We do this at baby church,” the girl answered. “The mommy teacher shows the baby her privacy.”

Two weeks later – in May 2018 – the mother said her daughter went through a similar disturbing routine. This time, she also picked up her favorite Barbie doll, and put her fingers between the doll’s legs.

When her mother again asked what she was doing, she explained that she was having a “privacy party” like they have at “baby church.”

“I went into another room, and I prayed, ‘Dear God, even if it’s something I don’t want to know, please help me find the truth about this,’ ” recalled the mother, who requested anonymity to protect her daughter.

That day, the mother called Lockport Police, and a detective began trying to find out what happened to the little girl at the Sunday school program at the Lockport campus of The Chapel, one of the Buffalo region’s largest churches. The Sunday school program – called King's World – is held in a former Catholic school building adjacent to The Chapel’s Lockport church on Walnut Street.

A few months later, another mother went to Chapel officials and told them she too was worried that her son may have been molested in the same class at the Lockport King's World. She said her son had been acting in a bizarre manner and also had a medical issue that worried her. But later, she told church officials and a News reporter that she no longer believed anything happened to him there. She never reported her concerns to police.

Today, nine months after the first mother contacted police, nobody really knows what happened – or didn’t happen – at the Lockport Sunday school program.

Police do not know whether the little girl was molested or not, according to acting Lockport Police Chief Steven Preisch, despite an exhaustive investigation by Detective Heather Glenn, who specializes in sex crimes and crimes against children. 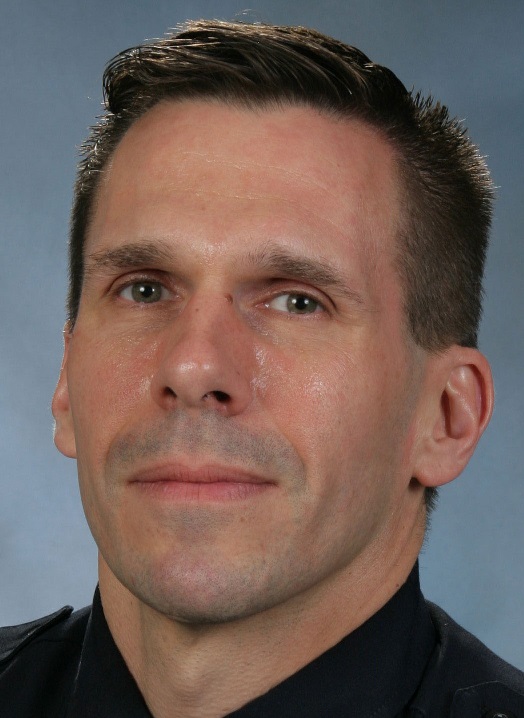 Church officials are being criticized, however, for keeping the allegation secret from other parents with children in the Sunday school program for more than six months and incorrectly telling parents that police determined the allegation was unfounded.

“We consider this case closed, pending further information,” Preisch told The Buffalo News. “Because of the age of the victim, it’s probably the hardest type of investigation to conduct. We’ve closed the case because we could not substantiate the allegation that was made. But if we find out something else happened there, or a new witness or new information came forward, we would reopen the case immediately.”

Officials of the Christian church gave their “complete cooperation” to police in the investigation and have increased security at the Sunday school program, said John Camardo, executive pastor at The Chapel.

“From day one of this investigation, our posture and approach has been that our heart breaks for this family,” Camardo told The News during a meeting in his office. “The mother has shared something that happened to her daughter, and we have no reason to disbelieve her. At the same time, we are not sure that this happened at The Chapel.”

Other than the little girl’s statements, “there is no proof of any kind that this happened at The Chapel,” Camardo said.

But the girl’s mother, her father and grandparents are upset over the way church officials handled the situation. So is Tim Kennedy, a former Chapel counselor who said he was so outraged by the actions of Chapel officials that he quit his church position.

Kennedy and the toddler’s mother, father and the child’s grandparents said:

Camardo said he now realizes that the word “unfounded” should not have been used in the letter to parents. He said an official of The Chapel used that word based on discussions with Detective Glenn. But the police chief told The News that the girl’s allegation was unsubstantiated, not unfounded.

"We now use the term 'closed after investigation' instead of 'unfounded,' " Camardo said. He added that he has apologized to the girl's mother for the use of the word "unfounded."

Camardo told The News that no one has been asked to leave the King’s World program because, “We took our directions from the police. They never asked us to remove any volunteer … If they had, we would have removed that person, immediately.”

The girl's complaint put church officials in an extremely difficult situation, the pastor said. On one hand, he said, church officials were not going to disregard the serious concerns raised by the girl's mother. On the other hand, Camardo said, it would be wrong to cast aspersions on any member of the King's World staff by forcing the person out of the program without proof they had done something wrong.

“From the beginning, I felt that they were more concerned with protecting The Chapel’s reputation than getting to the truth of what happened,” said the girl’s mother.

Kennedy, who acted as an advocate for the woman in her dealings with the church, agreed.

“I feel The Chapel has dealt with this issue the same way the Catholic Church has dealt with its problems with bad priests,” Kennedy said. “Try to keep the problem quiet and hope it will go away, rather than actually dealing with it.”

Those statements were disputed by Camardo, who said Chapel officials and volunteers submitted to police interviews, followed the directives of law enforcement and have worked hard to improve security procedures.

While The Chapel calls its Sunday school program King’s World, the Lockport mother and her daughter always called it something else – “baby church.”

“Each week, when I’d go to Sunday services, I would drop my daughter off at King’s World,” the mother said. “I would tell her, ‘I go to mommy church, and you go to baby church.’ ”

She said she stopped attending services at The Chapel – and stopped taking her daughter to King's World – after the child started telling her about the "privacy parties."

"I feel so bad that, while I was in church ... something horrible was happening to my daughter in the building right next door," the woman said. She said she has never doubted "for a minute" what her daughter told her.

She said her daughter gave a general description of the woman who allegedly molested her but never identified anyone specifically. Based on her daughter's statements, the woman believes the child was molested in a bathroom.

Kennedy said he attended a meeting last year between Camardo and the mother of the little boy who was exhibiting strange behavior. At that time, Kennedy said, the mother had taken her boy out of the Lockport Sunday school program, and demanded a thorough investigation.

But the boy’s mother told The News earlier this month that she has reconsidered and is now “100 percent” sure that nothing happened to her son at the Lockport program. Her son is again attending the program.

“With all the procedures they have in place there, I don’t see any way on God's green earth that someone could be alone with a child long enough to molest a child, and convince the child not to tell anyone,” said the boy’s mother, who also requested her name be withheld.

Camardo said he agrees with the boy’s mother that nothing happened to the boy. But he said that, when the boy’s mother initially made her complaint to the Chapel, he advised her to also talk to police.

Camardo said no other parent has ever made allegations that a child was mistreated at any of the King's World programs, which are held during Sunday services at The Chapel's megachurch in Getzville – one of the region's largest churches – and much smaller church campuses in Lockport and Cheektowaga. The Chapel has been operating locally for about 60 years, and dozens of volunteers run King's World programs at the three locations.

Lockport King's World has operated in a former Catholic church on Walnut Street since 2014. About 12 volunteers and staffers supervise anywhere from 20 to 50 children on any given Sunday, Camardo said.

In Camardo's view, The Chapel already had strong security measures in place, but as a result of this investigation, the megachurch has hired an organization called Ministry Safe to improve its procedures. He said the King's World programs already had security video cameras in place, but not in bathrooms.

Now, Camardo said, an additional person is on duty at King’s World, just to watch and make sure that all security procedures are being followed. When volunteers have to take a child to the bathroom, the door is left open and that additional person stands outside to make sure everything is OK.

"Our systems are not infallible. There is still a fair amount of trust involved. An evil person can do evil things," Camardo said. "We would never take the position that this could not possibly happen here ... But we are doing everything we can to make sure children are safe ... That is our top priority."

The mother who made the complaint said she is so upset by the church's handling of the situation that she started a Facebook discussion page called Lillian's Light. She said many people who responded on her Facebook page have been supportive of her and her family, but added that some church members have vilified her for making her complaints public.

"One woman who goes to The Chapel recently walked up to my mother and said, 'Is that your daughter who has been making those complaints about The Chapel?' " the toddler's mother said. "When my mother said, yes, she said, 'Well, I can't talk to you anymore.' "

Chapel officials have done all they can to work with the woman on her complaint and have not vilified her or her family, Camardo said. He said The Chapel held a "town meeting" in Lockport earlier this month, to discuss security matters with anyone who had questions.

The girl's mother said officials at the Niagara County Children's Advocacy Center in Niagara Falls have been helpful with counseling. She said the child-friendly CAC is where her toddler and other Niagara County children go to give statements to police about alleged abuse.

Ann Marie Tucker, executive director of the CAC, said she could not comment on any specific cases, including the Chapel investigation.

But speaking generally, she told The News it is "not rare" for a police investigation to be inconclusive when a very young child raises allegations of abuse.

Tucker was asked if she has ever seen children make up or fantasize detailed stories of being molested by adults.

No, she said, but she added that their statements can "sometimes be misinterpreted by adults."

Regardless of whether the investigation ever leads to an arrest, Tucker said it is important for victimized children and their families to get counseling and help.

Is a young child who is molested always scarred for life? Not if they get help, Tucker said.

"I have seen victims go on and have remarkable, remarkable lives," she said. "I've been privileged to see them go on and do great things in their lives."