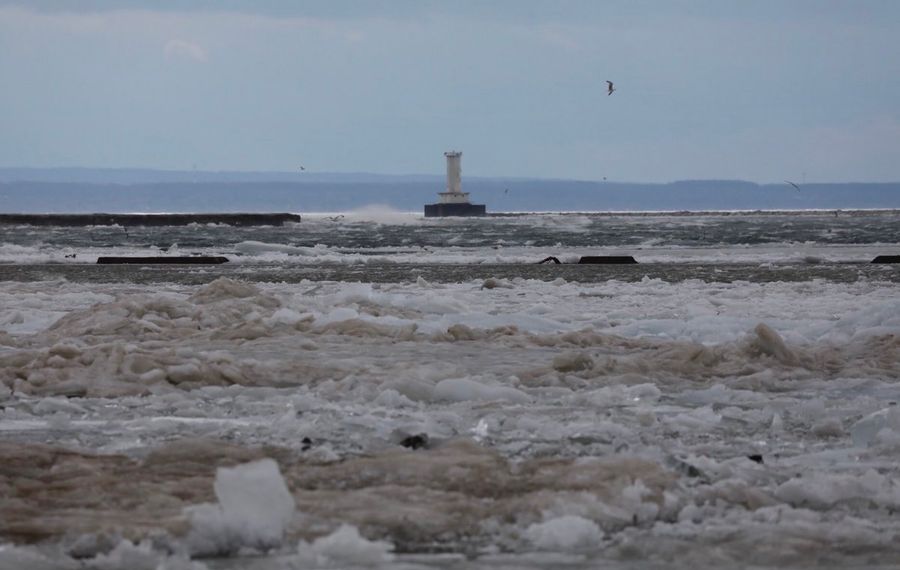 Several pontoons have broken from the Lake Erie ice boom, and one guy in Fort Erie, Ont., couldn't be happier.

A YouTube user known as "Superman" posted a must-see video Sunday night of ice from the lake surging over a wall. The user said he recorded the footage at Fort Erie's Mather Arch Park.

Erie County Executive Mark Poloncarz reported on Facebook about 6 p.m. Sunday that seven sections of the boom were allegedly seen floating in the river.

“Ice is building up along the shore,” he added, echoing what some on social media are describing as a "tsunami of ice."

The boom, a series of 22 steel pontoons, keeps ice on the lake from flowing down the Niagara River and causing damage to shoreline properties and the Niagara Power Project intakes.

"NYPA is actively monitoring the extreme weather situation in Niagara County and is responding to any operational issues as quickly as possible. NYPA had previously staged equipment to prepare for any necessary ice boom repairs and for any needed ice-breaking activity.

"The ice boom is designed to submerge during high wind and high water events, allowing ice to overtop the boom. Current flooding is not due to the ice boom. This is a wind-driven event."

The 3 minute, 40 second video shows large chunks of ice tumbling over the wall along a stretch of several hundred feet at the edge of the park. The user said he came down to the park figuring the ice would break up and rise over the wall and he hoped his timing would work out.

It's definitely worth watching, although note that in his excitement the videographer uses explicit language on a couple of occasions.

Power Authority: Even if it looks like it, ice boom isn't broken