Rep. Chris Collins' lawyers appear to be honing a new argument to press against the federal prosecutors in New York who charged the Republican lawmaker from Clarence with insider trading:

It's none of your business.

Why, the Collins defense team appears to be asking, is Collins being prosecuted in U.S. District Court in the Southern District of New York for an alleged violation – launching a series of insider stock trades – that supposedly started with a phone call the congressman made from White House lawn in the nation's capital?

"The 29-page speaking indictment does not specify a single act, trade, wire, or other event that touched the Southern District of New York," Collins' lawyers argue in the court papers.

In other words, the Collins lawyers seem to be preparing an argument that the Southern District is the wrong venue for the case – which would mean that prosecutors in New York don't even have the right to file charges in the case in the first place.

The U.S. Attorney's Office for the Southern District has not yet responded to the Collins' team's latest court filings. But when that response comes, it's likely to note that Southern District prosecutors routinely pursue insider trading cases simply because the district includes Wall Street, giving government lawyers the right to examine the trades that happen there.

Chris Collins' insider trading trial is going to take a while

Even so, the new court papers offer the clearest hints yet about the defense the Collins legal team is preparing for the congressman, his son, Cameron, and Stephen Zarsky – Cameron Collins' prospective father-in-law – against charges of fraud, conspiracy and lying to the FBI.

Those papers also argue that prosecutors are withholding evidence that could help the defense team, and spell out in greater detail an argument that the Collins lawyers made at a court hearing in December: that prosecutors may have violated rights that Collins, as a member of Congress, has under the Constitution's "speech or debate clause."

The new court papers don't offer those arguments directly. Instead, the Collins lawyers make those arguments in passing in memos backing three separate motions they filed in hopes of forcing the prosecutors to turn over more evidence in the case.

It's all part of the arduous process of "discovery," in which lawyers prepare for the trial, which is scheduled to begin Feb. 3, 2020.

The Collins lawyers this month filed a motion aiming to force prosecutors to produce a "bill of particulars" spelling out, among other things, exactly which crimes the defendants supposedly committed in the Southern District of New York. 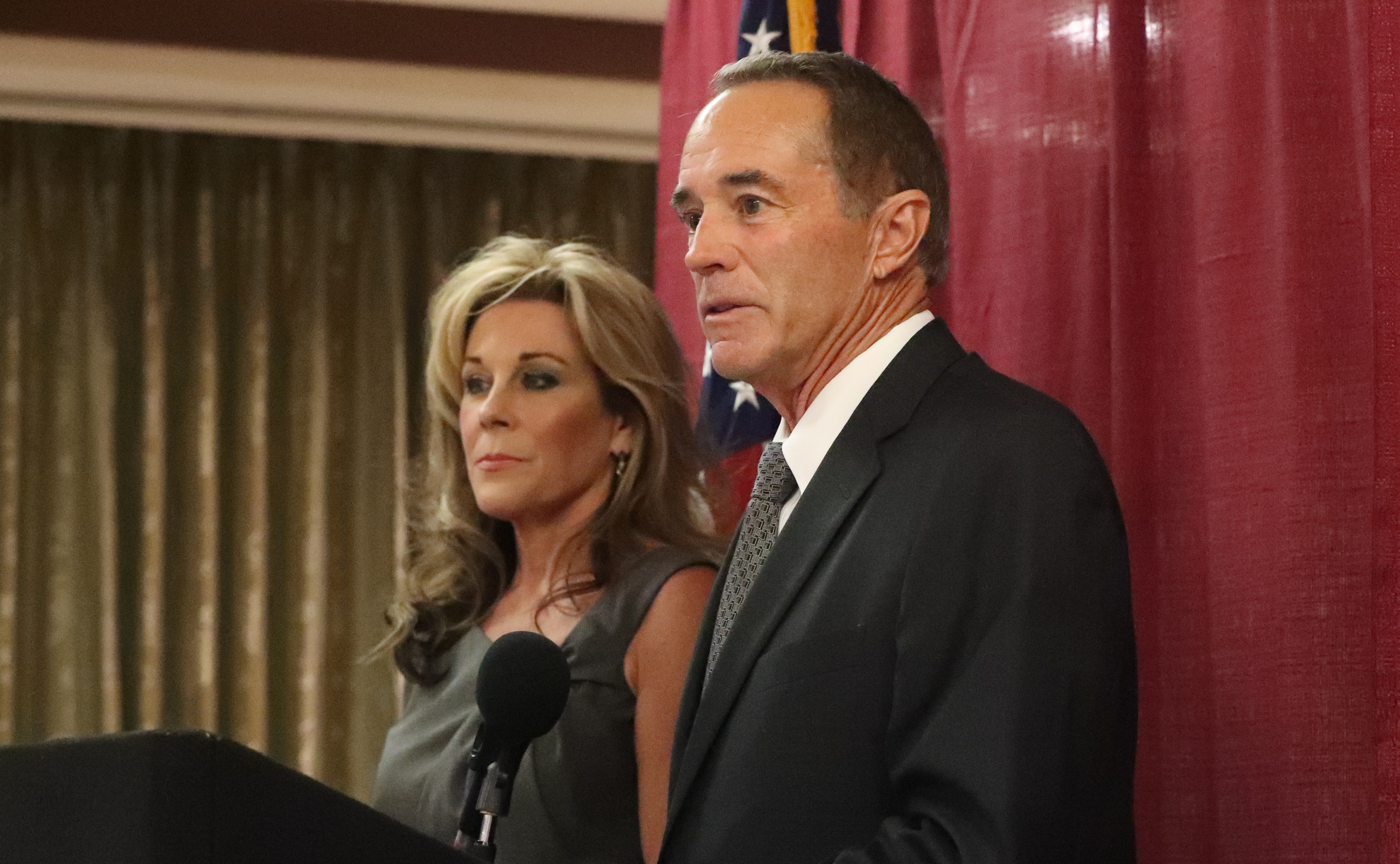 The day he was indicted, Rep. Chris Collins held a news conference with his wife, Mary, to address the insider trading charges. (James P. McCoy/Buffalo News)

Looking at the indictment prosecutors filed in the case, the defense lawyers couldn't find any.

That being the case, "the facts affirmatively suggest that venue in this District is lacking," the Collins legal team wrote.

Then again, prosecutors made clear when they indicted Collins that the alleged inside stock trades in the case occurred in the U.S. over-the-counter market, which is based in Manhattan, just like the Southern District itself.

So in response to the defense lawyers, prosecutors are likely to say that the very actions underlying the charges – the stock trades – occurred in the territory they police.

What's more, most U.S. insider trading cases are prosecuted in the Southern District, simply because that's where the nation's largest financial markets are based.

Prosecutors indicted Collins, his son and Zarsky last Aug. 8. Prosecutors say the congressman called his son Cameron with inside information about the failed clinical trial of a drug made by Innate Immunotherapeutics, an Australian biotech company in which both the congressman and his son were heavily invested.

The congressman has long vowed to fight the charges in court, and in the new legal papers, his lawyers repeat a point they have been making since the start of the case: that he didn't sell any of his Innate stock at the time and therefore didn't benefit from any alleged insider trading scheme.

"The indictment fails to allege the nature of any personal benefit that Rep. Collins expected to receive from the alleged actions," the Collins lawyers said.

On the contrary, the defense team's court filings consistently portray the federal prosecutors in Manhattan as the real bad guys in the case. Most notably, in a second motion, the defense lawyers argue that prosecutors are not providing the defense team with all the documents that it needs to mount a just defense.

"The government has an affirmative obligation (under the law) to disclose all evidence favorable to the defense and known to the government, even absent a specific request for disclosure," Collins' lawyers wrote.

But in several instances, they said, prosecutors have not done that, providing only partial responses instead of the full body of evidence.

The Collins lawyers demanded to see the full notes and FBI interview transcripts from two of Collins' staffers that, as the prosecutors themselves admit, "contain exculpatory statements" that could help the congressman and the other defendants.

That second defense team motion aims to force prosecutors to release "the full contents of email accounts, ICloud accounts, devices and other evidence obtained from the alleged co-conspirators pursuant to consent or seized pursuant to search warrants." The motion also demands that prosecutors release information the Securities and Exchange Commission obtained in its parallel civil case regarding the alleged inside trades at Innate.

A third defense motion seeks to force the prosecution to release evidence that the Collins team says it needs to see to determine whether prosecutors violated the Constitution's speech or debate clause.

That clause says that members of Congress "shall in all Cases, except Treason, Felony and Breach of the Peace be privileged from Arrest during their attendance at the Session of their Respective Houses, and in going to and from the same; and for any Speech or Debate in either House, they shall not be questioned in any other Place.”

The speech or debate clause generally has been seen as a way to prevent lawmakers from being improperly arrested to keep them from voting. But the Collins defense team appears to be reading that clause in a much broader way – one that would make some evidence inadmissible in court if prosecutors can prove that its very collection violated that constitutional provision.

To that end, defense lawyers want the judge in the case to force prosecutors to produce a range of additional evidence, including any material collected from Collins staffers or former staffers and any information prosecutors showed a grand jury regarding a Office of Congressional Ethics investigation into Collins' earlier involvement with Innate Immunotherapeutics.

All that additional evidence that defense lawyers want to see would add to a considerable stockpile of what's already been amassed in the case. The case file currently includes 250,000 documents and dozens of gigabytes of additional data, the defense team noted.

And the case file will grow even more in the coming weeks when prosecutors file their responses to the Collins team's three motions seeking a bill of particulars and additional evidence in the case.