With climate change, some 200 feet of Lake Erie shoreline could erode in southern Ontario over the next 50 years because of stronger waves, a new Canadian study warns.

Could the same happen along Western New York shores?

“Well, obviously, you’d have wave action that can do some damage,” said Don Owens, a retired soil surveyor from Cornell University. “If the lake doesn’t freeze, you are more susceptible to higher waves and more erosion.”

A preliminary report by the Chatham-Kent municipality for the Ministry of Natural Resources and Forestry in Canada shows that land around Lake Erie could slip into the lake to the tune of 200 feet over the next 50 years and more than double that over the next century as the result of a warmer climate.

“The technical information that will be learned from this work will be applicable for all of Lake Erie,” said Peter Zuzek, whose Ontario firm led a consulting team for the shoreline study. “One of the trends that’s already playing out – and will continue to be played out – is the reduction of ice cover on the lake.”

Less ice cover in the winter and early spring leaves the shoreline susceptible to being battered during storms, especially the harshest ones that strike Ontario, Michigan, Ohio, Pennsylvania and New York State.

“Less winter ice means more exposure to coastal storms, leading to more flooding and erosion events in the winter,” Zuzek said. “This is contrasted with the cold decades of the 1970s and 1980s when Lake Erie would freeze for three or four months solid.”

What's more, Owens added, “in the winter, the waves seem to be taller. So, you have more power.”

“Ice on Lake Erie has the effect of calming the waters,” said Stephen Vermette, a SUNY Buffalo State climatologist. “In our warming world, the area of ice cover on Lake Erie has decreased over the years, and the date of ‘last ice’ is arriving earlier in the spring. As a result, the ability for winds to churn up the water will likely increase with the warming, increasing shoreline erosion due to increased winter wave action.” 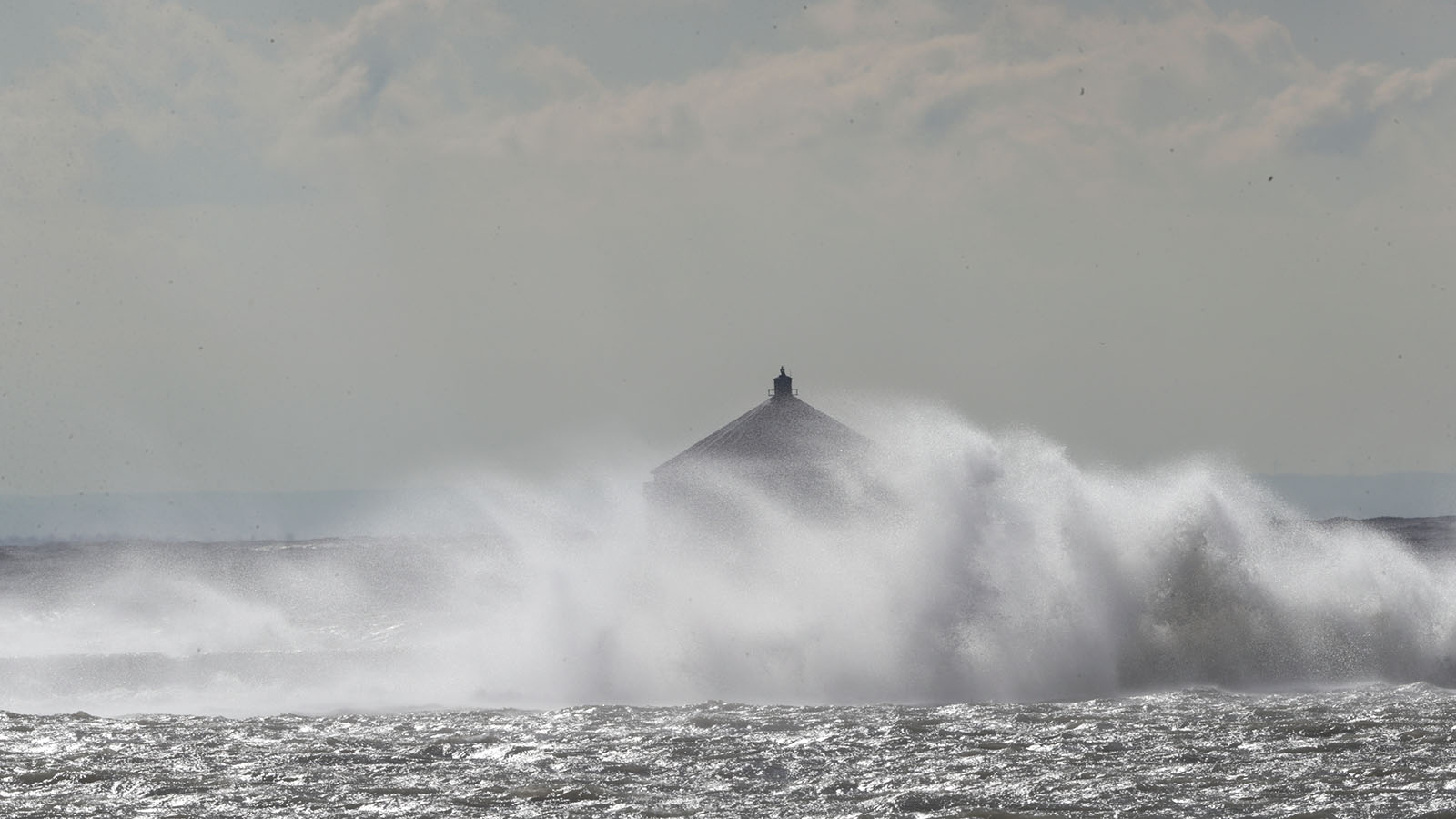 Shoreline erosion estimates aren’t available for New York’s shoreline. But the state's shoreline resilience during a changing climate is an issue that U.S. and New York State experts began planning for more than a decade ago.

“The threat from erosion is apparent. It is already occurring,” said Dave Schulenberg, chief of the planning branch for the U.S. Army Corps of Engineers in Buffalo.

In the Buffalo Niagara region, it’s most visible along Lake Erie and Lake Ontario shorelines at:

As part of its National Shoreline Management Study, the agency continues investigating causes from erosion, the environmental and economic implications of changing shorelines and the agency’s role in assisting other organizations and communities in restoring and nourishing shorelines.

“Most of Waterkeeper’s shoreline restoration projects have been designed and constructed with climate resilient methods and practices,” said Jill Jedlicka, executive director of Buffalo Niagara Waterkeeper. “Our living shorelines program prioritizes vulnerable, eroding or unnaturally hardened shorelines, and we implement restoration efforts at these sites whenever we can secure the funding.”

Municipalities such as Evans and Dunkirk have used federal grants to construct rain gardens and native planting areas.

The projects are designed to alleviate flooding and soak up stormwater runoff that can lead to biological pollution in nearby Lake Erie, and they also hedge against shoreline erosion.

“In many ways, a wetland is the only affordable way to achieve a really resilient shoreline,” said Schulenberg of the Corps of Engineers. “There’s a real practical limit to how much we should be armoring the shore.”

During a recent presentation, Zuzek showed a slide that showed nearly one-half mile of shoreline had already been lost to Lake Erie from beach erosion over the last century and a half in the shoreline community of Erieau, Ont., located in Chatham-Kent about 60 miles east of Detroit.

Maps compiled for the study compared the current location of the beach with maps from 1868 to show how much of the shoreline has been lost.

Is Erieau more vulnerable than Cleveland or Buffalo?

“In short, no,” Zuzek said. “Chatham-Kent has low-lying land that is vulnerable to floods and high bluffs or banks that erode during coastal storms.

“These conditions are found throughout the Great Lakes region," Zuzek said. "Legacy development is a challenge everywhere, especially as shorelines continue to erode.”

The Ontario study was designed to close gaps in climate change research by identifying the drivers of shoreline changes and project them forward to learn how shorelines could be affected by the influences of climate change and future storms.

The study concentrated on more than 50 miles of Lake Erie shoreline and 10 miles or more of shoreline along Lake St. Clair.

It concluded climate change and its impacts on storms, ice cover and flooding could exacerbate shoreline erosion over the next century.

“Moving forward our hope is coastal communities will utilize the technical information generated and lessons learned from the four case studies to make the best possible planning decisions about future development, infrastructure investments, and protection of natural areas,” Zuzek said.

Will a warmer climate generate stronger and more frequent storms around Lake Erie? Not necessarily.

“It sounds sexy: Storms will increase in number and become more intense," Zuzek said. "But there is no technical information on that topic in the Great Lakes.”

Zuzek’s firm is modeling how storm paths might be affected by climate patterns. That could affect where accelerated shoreline erosion happens.

Storm systems that track from west to east like an Alberta clipper could affect Buffalo’s shorelines while storms tracking more northerly from the Ohio Valley, for instance, could have stronger effects in places like Chatham-Kent.

“Can we say anything about storms coming from certain directions will be more frequent? It’s something we’re trying to investigate,” Zuzek said. “We don’t have that answer yet.”

What an open lake could lead to – especially in Buffalo – is more late-season lake-effect snowstorms.

“The gales of November were famous here and across the Great Lakes,” said Vermette, the Buffalo State climatologist.

By December, the cooling of the waters stymied the lift required to generate monster snowstorms.

“With this in mind, the additional warming of Lake Erie’s water due to global warming, may intensify and extend the period of early winter storms over the lake, leading to greater shoreline erosion,” Vermette said.