For a long time, Frankie Scinta had a bad feeling the end was coming for his beloved brother, Joey. But when Joey died in Las Vegas in November 2017, the loss hit Frankie like a freight train.

“For two or three years, I could see he was going downhill, but when he died, I was devastated,” Frankie said in a recent telephone interview from his Nevada home. “He was my brother, my partner, the guy who stood next to me on stage for 43 years. He was the funny Scinta. I still miss him terribly.”

The death of Joey Scinta at age 69 ended a musical and comedy partnership that began in the 1970s, when the two brothers from Buffalo’s West Side were playing in rock bands in bars and night clubs all over Western New York.

The Scinta family's entertainment story lives on – with Frankie, 61, as the headliner, backed by his longtime buddy and drummer, South Buffalo native Pete O’Donnell, singer Janien Valentine and a band of top Las Vegas musicians.

The act is now called “Frankie Scinta – The Showman,” and it is still a throwback to the variety shows of the 1950s and ‘60s, when multi-talented performers would sing, dance, tell jokes and imitate the superstars of the day.

Frankie and his crew will make a couple of homecoming appearances on March 1 and 2 in the Bears Den showroom at the Seneca Niagara Casino. The March 2 show is already sold out, but Scinta is excited about the show at 7 p.m. on March 1, which is a benefit for the Variety Club of Buffalo’s annual telethon supporting Women’s and Children’s Hospital and other kids’ charities. Elvis Presley tribute artist Terry Buchwald will open the benefit show.

Scinta and friends will also appear on the annual telethon, which will be broadcast on Channel 7 from 7 a.m. until 6 p.m. on March 3.

“I love coming back to Buffalo and I love the telethon,” Scinta said. “I’ve been doing the telethon since I was 9 years old.”

For many years, Scinta has been one of the most popular performers at the telethon, said attorney Paul J. Cambria, who is a telethon co-host and a vice president of the Variety Club. He said Scinta and other performers have helped the Variety Club raise more than $25 million since 1989. 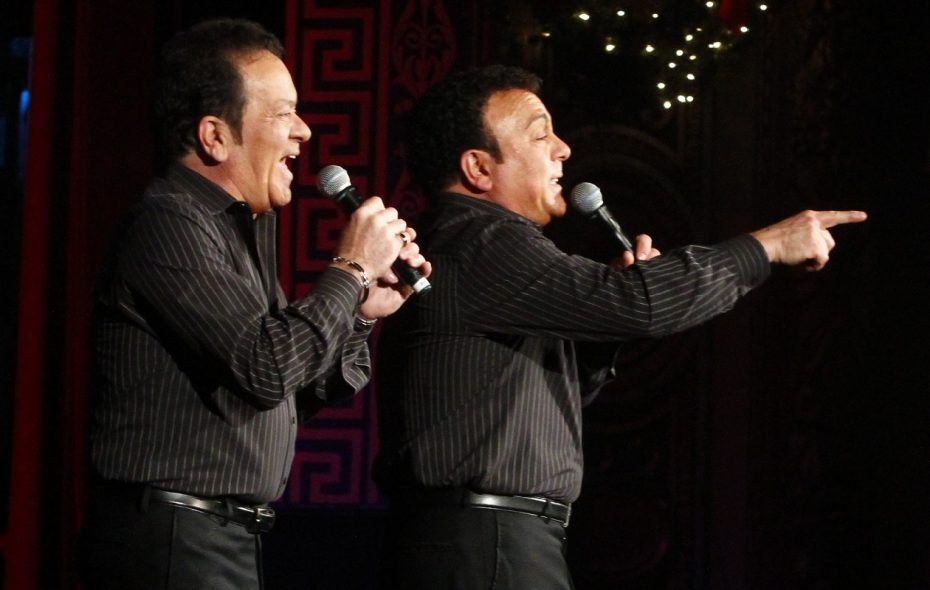 Joey Scinta, left, and Frankie Scinta during a 2012 performance at the Riviera Theatre in North Tonawanda. (John Hickey/News file photo)

Although the Scintas moved their act to Las Vegas 19 years ago, they still consider Buffalo home.

“Buffalo is where it all started for us. I still have all kinds of friends and family in Buffalo, including a lot of cousins and one of my daughters,” Scinta said.

Scinta and his group are regular performers at the South Point Casino’s Las Vegas showroom, and they also travel to cities in New York, Ohio, Michigan and Florida where they have been popular for decades.

“Nobody else is doing this kind of show anymore,” Scinta said with a note of sadness. “We’re always working to update the show, and add new songs, but we always feature the iconic performers, people like Sinatra and Johnny Mathis.”

Scinta thanks O’Donnell and other band members for helping him to soldier on after his brother’s death. Joey Scinta -- who played bass, sang and was known for his outrageous imitations of Joe Cocker, Neil Diamond and other singers – was eight years older than Frankie. He died after a series of strokes, blood clots and other health problems. 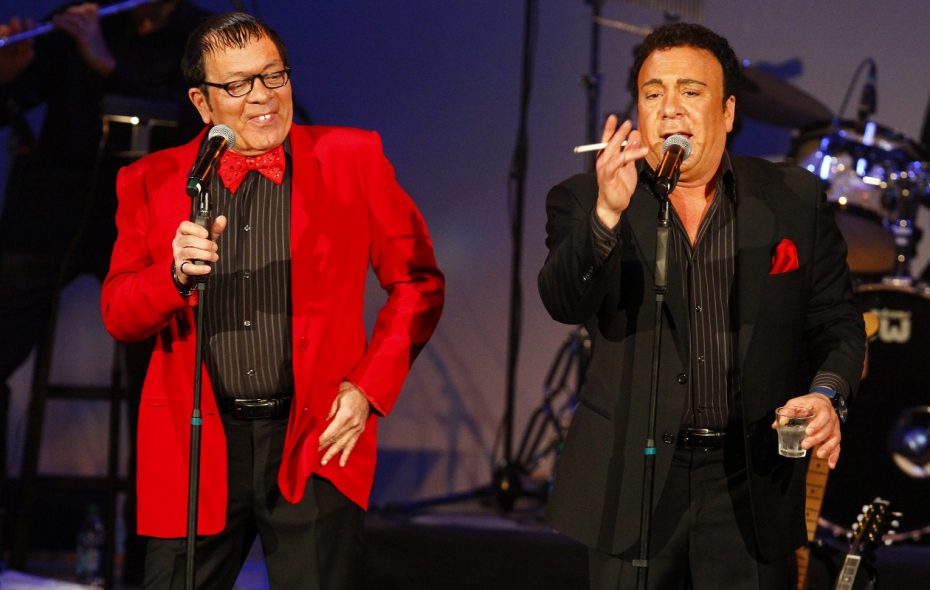 Joey Scinta, left, as Jerry Lewis, and Frankie Scinta as Dean Martin from the 2012 show at the Riviera Theatre. (John Hickey/News file photo)

For many years, younger sister Chrissie Scinta sang with the group, but vocal chord problems led to her retirement in 2013.

O’Donnell, 60, has been with the group for 30 years – so long that he is often called an unofficial brother of the Scintas.

“Those first few shows after Joey died – it was awkward and difficult. You would look at Joe’s spot on the stage and he wasn’t there anymore,” O’Donnell said. “Frankie didn’t want to call it the Frankie Scinta Show. I told him, ‘Frank, you have to call it that. People still love the show. You have to continue on. He finally decided to go with Frankie Scinta – Showman.’”

“I give him a lot of credit,” O’Donnell added. “It was really tough for him, but he and Joe agreed the show would go on. Frankie is a guy who has a big following and is recognized all over Vegas. He’s constantly doing benefits for schools, charities, and all kinds of organizations in Las Vegas, and I go with him.”

O’Donnell still remembers when he and members of the Scinta family “all decided to sell our houses in Buffalo, move out to Vegas and take our chances here.”

He and Scinta said they are proud of the success the group has had in Las Vegas.

“I’m blessed. I love performing here,” Scinta said. “I’m happy here. I have been married to the same wonderful woman for 38 years. We have two daughters, a son and six beautiful grandchildren.”

Scinta and his wife, Jackie, traveled to Sicily last year and visited the village of Valledolmo, where Scinta’s grandfather, Giuseppi Scinta, grew up.

“It was a real emotional trip,” Scinta said. “I got to do two shows with a band there. I met the mayor, and he asked me to come back in August and do another show with an orchestra there.”

Wherever he performs, Scinta thinks about the lost brother who shared so many adventures with him.

“I always mention Joey at every show,” Scinta said. “Every show, there comes at least one moment when Pete and I will look at each other and smile. We’re both thinking the same thing – ‘Joey would have liked that.’”