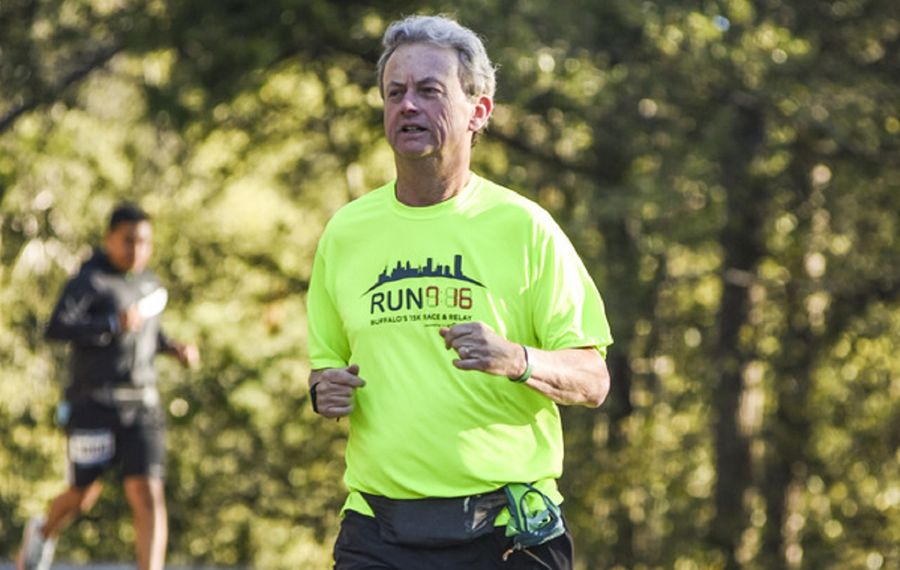 Jim O’Connor figures he picked the perfect race to launch the regional running season in a more environmentally responsible way.

More than 4,000 runners will set off on the 41st Shamrock Run next weekend and, before they take a step, race organizers have asked them to consider the following:

Shamrock Run volunteers also will make sure that all post-race trash is collected and disposed of properly.

"It's not about political ideology,” he said. “I think we can all agree that one less piece of trash on the street or in the park is a good thing. It's something simple. It's the whole notion of everyone becoming a little more aware on a personal level and taking an extra second or two to dispose of something properly."

O’Connor, 57, of North Buffalo, is an account manager for a food service-related software company. He fell for running at age 43. He runs in an organized race once a month, anything from a 5K to a half-marathon.

He and others established Green Buffalo Runner in 2010, amassing an email list of 2,000 people. The organization hosted several annual 5K runs in Delaware Park and along the city waterfront in the years that followed, but has taken a different tack in recent years, encouraging race organizers — and walkers and runners themselves — to think green.

"It's a lot of work to organize a race and I have a full-time job," O’Connor said, so group members have taken a different tack in recent years. They encouraged race organizers — and walkers and runners themselves — to pledge to keep the environment in mind as they hit the road, trail or park.

“It's been slow, especially for bigger races,” said O’Connor, though he and others hope the Shamrock Run will provide momentum. The group looks to certify races as Green Buffalo Runner sustainable as things move along.

“Oftentimes, people will commit to little changes,” O’Connor said. “The days of paper registration, while not totally gone, are dying out. Most registrations are done online. We've convinced some people to do away with plastic cups on the race course, to do paper cups.” 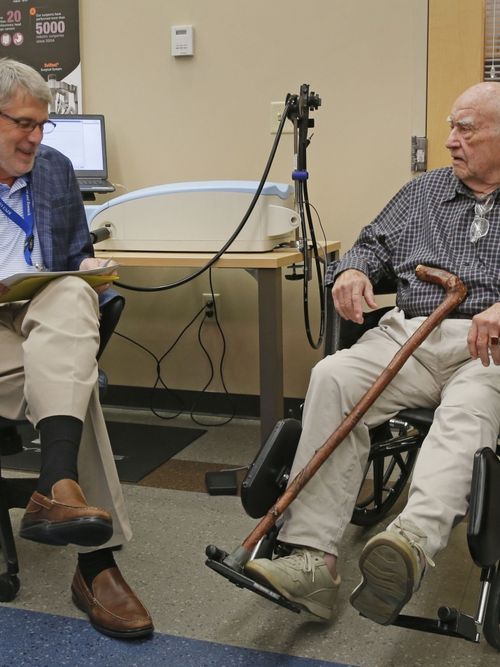 For decades, national guidelines have recommended that men with prostate cancer eat a diet rich in vegetables, suggesting it might lower the risk of cancer progression and death.A new study shows otherwise.The study, led by researchers at Ros…

The group asks visitors to greenbuffalorunner.org to take a seven-step pledge to walk or run on Sundays; go meatless on Mondays; turn down their thermostat 2 degrees in winter and up 2 degrees in summer on Tuesdays; drink from reusable containers on Wednesdays; learn more about sustainable initiatives on Thursdays; eat at a local restaurant, instead of a chain, on Fridays; and walk or run for at least a mile on Saturdays.

“Imagine the impact,” O’Connor said, “if every individual committed to picking up a single piece of trash every time they ventured outdoors.”