When Deborah Haendiges was first elected to state Supreme Court in 2006, it was almost unheard of for a man accused of trying to choke a woman to spend any substantial time in jail.

"Criminal obstruction of breathing and strangulation were being charged as harassment with a maximum jail time of 15 days – like a traffic ticket,” she said. "But that doesn’t mean it wasn’t happening. It wasn’t being charged because it didn’t exist."

But changes to the law, advances in technology and a societal shift in understanding the causes and effects of domestic violence have led to a dramatic increase in cases that make it to court and a sea change in what happens to the abusers.

The dramatic rise was attributed to the addition of three domestic abuse charges to the state Penal Code. The Strangulation Act of November 2010 provided police and courts with a valuable tool to help curb domestic abuse, said Haendiges, who presides over the Erie County Integrated Domestic Violence Court.

"Every day I pick up the newspaper to see if anyone was harmed," she said. "I’m sorry if it’s bleak, but it’s also positive because we make a positive difference daily in these families’ lives." 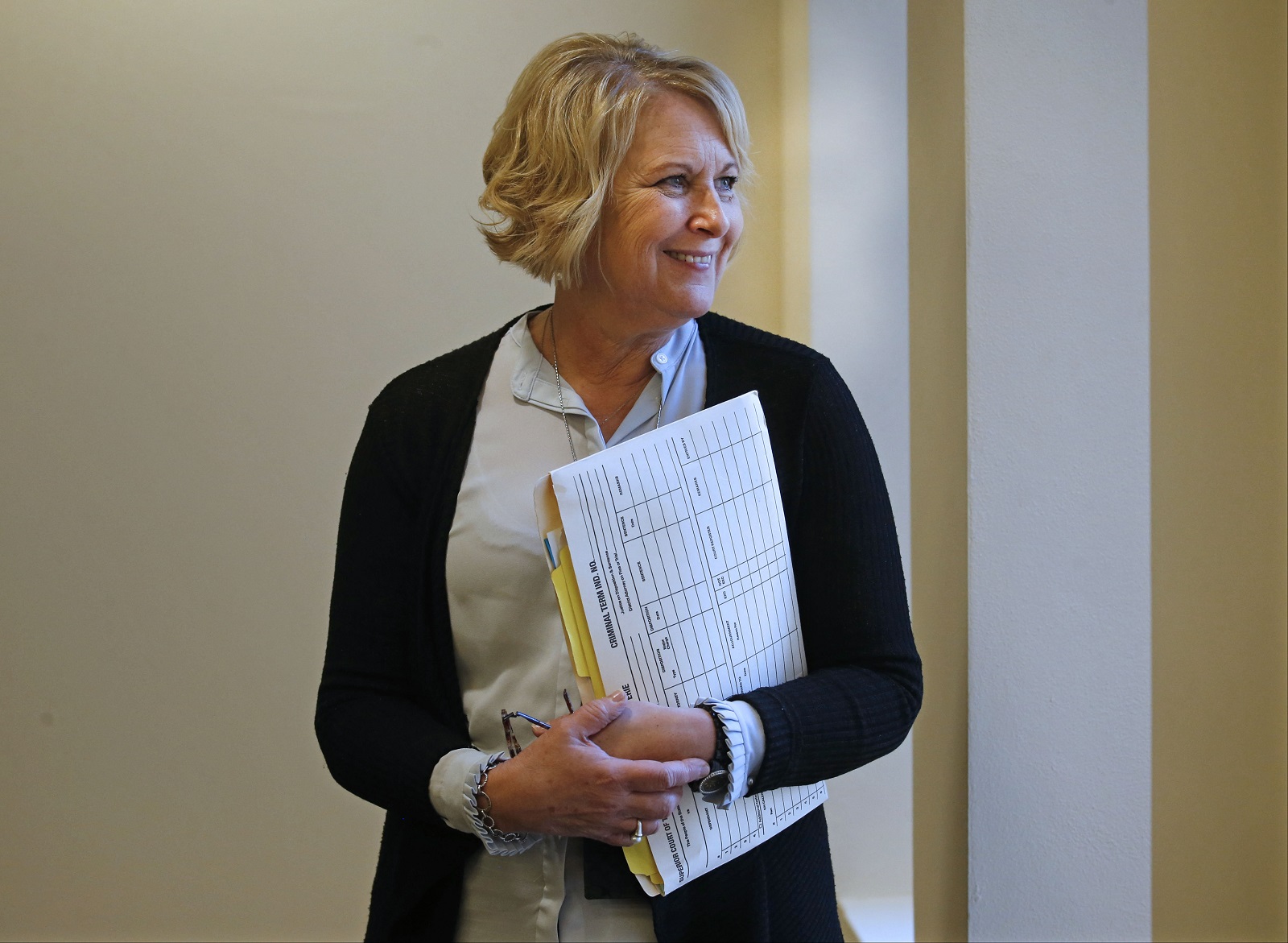 The charges are: criminal obstruction of breathing or blood circulation, a misdemeanor – and first- and second degree strangulation, both felonies. The effect of the charges was almost immediate, statistics from the state Division of Criminal Justice Services show. Within weeks more than 2,000 individuals were charged with at least one of the new offenses.

The fight against domestic abuse may have its center stage in the courts system, but the tools used to help prevent future acts are rooted in the community. Educational efforts focusing on offenders provide instruction on parenting, anger control and spousal relations. Victim support centers help the abused report crimes, document injuries, seek lodging and help with child care.

'It can get overwhelming'

City Court Judge JaHarr Pridgen, 38, presides in Domestic Violence Specialty Court. Pridgen, who was appointed in January 2015, sometimes handles as many as 65 cases in one morning. About 90 percent of the defendants are assigned public defenders, she said.

“It can get overwhelming. City Court is a revolving door,” she said. “Charges of criminal contempt for violating orders of protection, assault, harassment,  criminal mischief, burglary, aggravated harassment on Facebook and Twitter. I have to tell adults to behave themselves, just like I tell my 2-year-old.”

Erie County Integrated Domestic Violence Court tried 1,110 cases in 2018, about 200 more than it did in 2008, court records indicated. It was established in 2003 in Erie County to streamline the court's processing of multiple abuse charges dealing with one person. In essence, charges are bundled for prosecution.

In spite of the increase, Haendiges said, she believes suburban residents under-report acts of family violence. 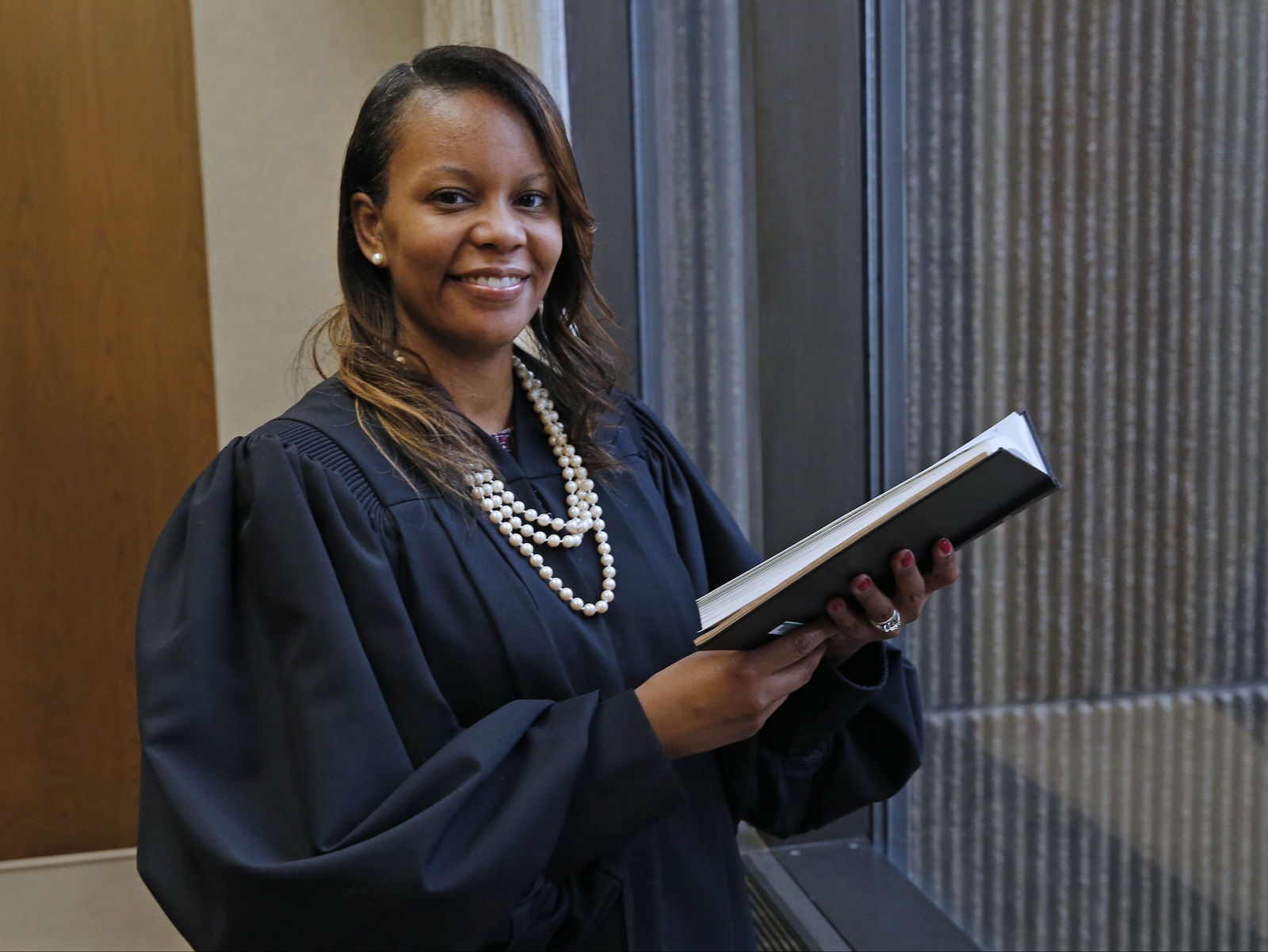 City Court Judge JaHarr S. Pridgen sometimes handles as many as 65 cases in one morning in Domestic Violence Specialty Court. “It can get overwhelming. City Court is a revolving door,” she said. (Robert Kirkham/Buffalo News)

"There are no boundaries when it comes to domestic abuse, (but) those who are more affluent are less likely to have police come knocking on their door," she said. "They don’t want the shame. There are so many reasons people don’t report."

The Integrated Domestic Violence court has jurisdiction over felonies, but not homicides. By June of this year, all eight counties of Western New York will have such courts.

One of the changes in domestic violence cases is that defendants who are not sentenced to jail time are ordered to attend class weekly for up to a year, according to court records. Classes address concerns such as parenting, anger management, conflict resolution and spousal abuse.

The classes also help the courts track the offenders.

"I have to hold them accountable and keep the family safe,” said Haendiges. “The likelihood of them re-offending is lower because they know I can revoke their sentence and put them in jail. Usually we see offenders back in court with new victims.”

One participant, who asked to be identified by first name only, recalled attending his first domestic abuse class sponsored by the Salvation Army on Main Street.

"I was embarrassed and ashamed, and I was sitting with 20 other guys who felt the same way,” said Ray. “We didn’t want a Lifetime Channel movie. We wanted something straight.” After attending 20 sessions of Conflict Resolution Workshop conducted by Michael E. Garvey, Ray regained custody of his young daughter.

“One 82-year-old man wished he had attended 30 years ago," Garvey recalled.

The evidence explains it

Some of the domestic abuse cases involving injury are accompanied by a case file of photo evidence compiled at the Family Justice Center's Forensic Medical Unit. The medical unit was established in May 2006 to help victims document injuries.

“In areas that lack a forensic medical unit, most women go to the hospital,” said Fox. “They are too embarrassed or afraid to tell their own doctors about what or whom caused their injuries.”

Two registered nurses staff the unit, documenting injuries sustained by domestic abuse victims by taking photographs of the injuries and then mapping them anatomically to offer a detailed visualization of their location on the body. 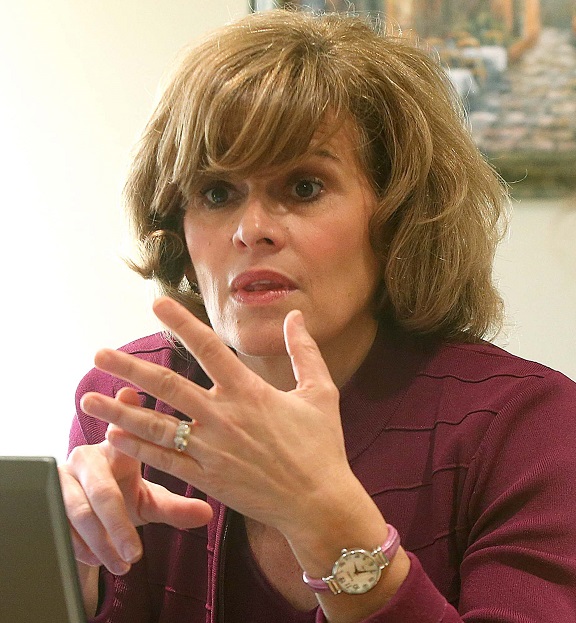 “Legally, body mapping gives you an explanation,” said Tiffany Pavone, director of operations at Family Justice Center. “Photos can be taken by law enforcement officers. They can also be taken at the ER, but they don’t have the system set up to create the body maps. The map shows you the location of the injury and indicates its nature, whether it’s a contusion or a bite mark.”

The photos depict a variety of injuries suffered by victims in the throes of family violence occurring at various locations in their homes: a flagstone patio with a broken glass table through which the victim was dragged. A bruised arm marked by the impression of a signet ring,  on an arm, or a belt pattern on a chin.

“The big thing we found was a marked increase in the number of plea bargains and fewer trials. The photos were that good,” said Fox, chief medical officer at Greater Buffalo United Accountability Health Network. “The defendants didn’t want them shown in court, which meant the victims wouldn’t have to confront their assailants and be re-traumatized.”

Roughly a third of the cases documented by the center involve strangulation, said Pavone, who is an attorney. The center experienced an increase in the number of strangulations reported in recent years, said Murphy.

For women who file charges, the evidence goes directly to the Erie County District Attorney’s office.

Since opening in 2006, the forensic medical unit has served more than 2,000 clients, Murphy said.

Pridgen noted that the term domestic abuse is often used as a synonym for physical violence, but she said it goes beyond that and can include emotional and financial abuse. And in many cases, the scars from that abuse can be seen years later on the children who witness it.

"Most of the cases are bad breakups. You're dealing with real people and emotions," she said, adding: "That's probably the most difficult thing about this job. You can help some people and some people you can't."