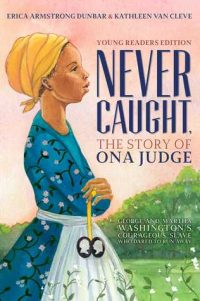 "Never Caught," a finalist for the National Book Award for Nonfiction, is now available in this fine Young Readers Edition, meaning children can now learn the fascinating story of the young woman, born a slave, who dared to defy a president as she escaped to freedom. .

The narrative gets off to a dramatic start, with the opening chapter. On May 21, 1796, Ona Maria Judge slipped out of the President's House in Philadelphia as President George and Martha Washington were eating dinner – the only time when she was not at Mrs. Washington's beck and call – and made her way to a ship that took her to New Hampshire.

The narrative then backtracks to 1773 Virginia where Judge was born, daughter of Martha Washington's dower slave and a white indentured servant. The Father of His Country, with his extensive holdings at Mount Vernon (fisheries, a whiskey distillery, a treading barn and more), owed his material success to slave labor, and the economics of slave labor and the gritty realities of slave life are described in colorful detail.  ("George's entire life had been dunked in the miserable water of slavery; he had inherited ten slaves when he was just eleven, when his father died.")  Judge, who served Martha Washington as a personal maid from age 10 and became a gifted seamstress, made the decision to flee when she learned her mistress planned to ship her back to Virginia as a wedding gift for her notoriously ill-tempered granddaughter.

The narrative offers vivid details about the Washingtons' life in New York City and Philadelphia in the nation's earliest years as anti-slavery sentiment swirled around them. Readers may be amazed at the measures the Washingtons took in trying to retrieve Judge, sending a representative to New Hampshire to persuade her to voluntarily return, followed by a kidnapping attempt. Ona Judge knew  great hardship as a free woman but an interview she did with a newspaper in 1845 shortly before her death (a transcript and facsimile of the newspaper page are included at the end of the book) makes clear she had no regrets. 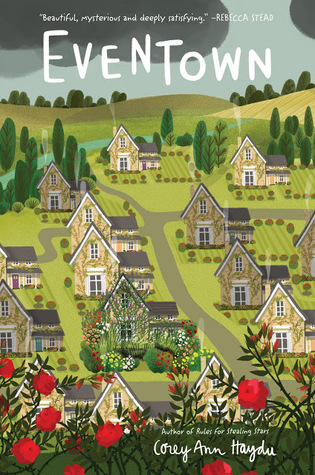 The world tilted for 11-year-old Elodee in the past year, and her reality is divided into "Before" and "Now" in this original, thought-provoking and engaging novel exploring how our stories shape us and can help us heal from even the most terrible loss. (A parental advisory might be in order for the nature of that loss, which does not become clear until the end of the novel.)

Elodee likes to cook and bake but her talent for inventive cooking is failing her, in this new and terrible "Now." What's worse, her twin sister Naomi – an amazing gymnast – seems to be growing away from her.  The family has decided to make a fresh start with a move to a place called Eventown, leaving behind their record player, their books, their family photos.  Eventown has many wonders: the kitchen in their new house has a box of recipes for Elodee to try and everything she makes is effortlessly perfect. Everyone walks the scenic route to school. The ice cream is delicious. Naomi's gymnastic routines are perfect without any practice. But Elodee notices some disturbing details: the houses are all identical, there are only three flavors of ice cream, in school music class they play only one song, and it never rains. Her determination to hold onto her stories, her stubborn refusal to unquestioningly accept the perfection of her new home makes her a marvelous heroine.

Haydu, author of "Rules for Stealing Stars, "The Someday Suitcase" and four books for teens, offers an inspired creation in the "perfect world" of Eventown. 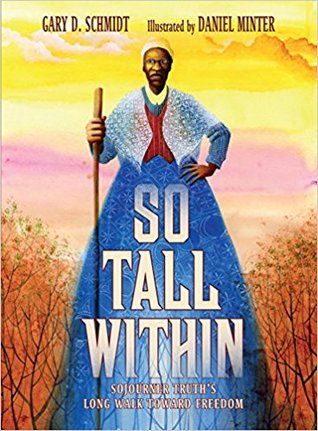 With eloquent, poetic text by acclaimed author Gary Schmidt and evocative paintings by Daniel Minter, this marvelous picture book biography brings to life the stirring story of Sojourner Truth, who escaped from slavery with her infant daughter and became a powerful voice for abolition and women's rights.  Not all may be aware that her story began in New York State, where she was born into slavery and was parted from her mother in childhood. "When Isabella was about nine, she was sold for a hundred dollars along with a flock of sheep." The title "So Tall Within" comes from Sojourner Truth's own words, describing how she felt fighting to rescue her five-year-old son, who had been illegally sold.