In the video that Buffalo officials didn't want the public to see, one of their cellblock attendants grabs a handcuffed defendant from behind and throws him to the floor. His head hits a shelf, opening a gash on his face. He's then dragged to an empty cell and dropped into a chair as blood pools beneath him.

Nearby, two Buffalo police officers who could have intervened — Joshua T. Craig and Anthony J. D'Agostino — do nothing but watch. One smiles.

For more than two years, lawyers for Mayor Byron W. Brown and the police department fought The Buffalo News' attempts to obtain the video through New York's Freedom of Information Law. The News then went to court in an effort to show readers the crime that a government employee committed inside a government facility. But the newspaper came away empty-handed as State Supreme Court Justice Tracey A. Bannister said the video could be withheld because potential jurors could be swayed if the video entered the public realm.

Since then, cellblock attendant Matthew Jaskula has served his prison time, and a lawsuit against the city was settled Wednesday for $300,000. With The News appealing Bannister's decision, the city's lawyers handed over the video Thursday afternoon.

The video — which a federal judge called "horrible to watch" — shows defendant Shaun P. Porter appearing compliant as the cellblock attendant books him into the city's holding facility May 19, 2016.

When Porter says something Jaskula doesn't like, the attendant grabs the handcuffed defendant and throws him to the floor. His head hits a shelf. Porter, 37 at the time, goes limp. Jaskula drags him by the arms to a cell, where Porter's head slams into the door frame. 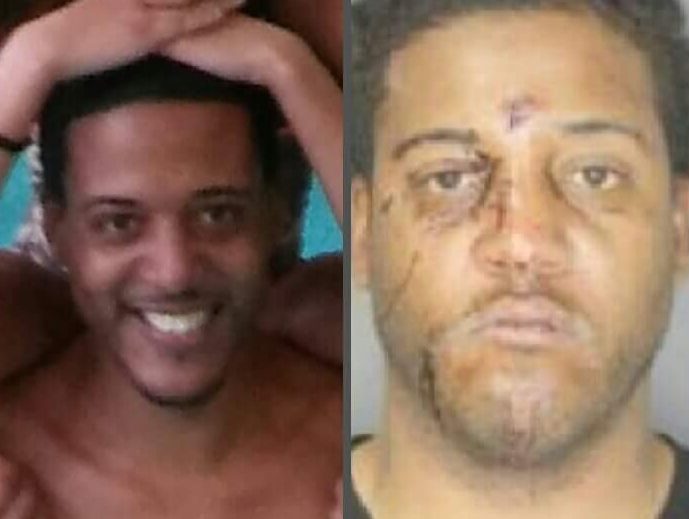 Shaun Porter suffered a broken nose and deep facial cuts when he was beaten by guard Matthew Jaskula while handcuffed in the City of Buffalo holding cells.

All the while, Porter does not resist.

Officers Craig and D'Agostino, who have just arrested Porter after a domestic incident, do not intervene.

Jaskula, along with two other cellblock attendants, partially undresses Porter, places a spit guard over his mouth and puts him into a restraint chair. Blood drips from Porter's face to the floor.

Porter is black. One of the police officers appears to be biracial. Jaskula and the other officer are white.

When arguing before Bannister in 2017, the mayor's lawyers focused on a state law that keeps secret the records used to evaluate the performance of most uniformed government employees, including police and corrections officers. City Hall lawyers argued the video was such a record.

"The video in question here is something that was created to evaluate the employees that were captured on it," the city's attorney Maeve E. Huggins told the judge. "Without consent of police officers, corrections officers, etc., or a lawful court order, our agency is unable to release anything that is a confidential personnel record."

Over the years, the state law has been cited time and again to conceal records that could expose police misconduct. The head of New York's Committee on Open Government, Robert Freeman, has lamented that officials in law enforcement are protected from public scrutiny like few public workers. The committee stated in an advisory opinion that the public had a right to Buffalo's cellblock video.

Attorney Joseph M. Finnerty, who represents The News, said Thursday that it was "rewarding" that the video — a public record — has been finally released so that citizens can view it and judge for themselves the conduct of public servants toward a fellow citizen.

"It was very surprising that the city took such efforts to conceal this video," Finnerty said. "They went through almost every legal tactic available to prevent its disclosure for years. Government should be more transparent."

Since the assault in 2016, Jaskula was arrested and pleaded guilty in federal court to a felony: deprivation of constitutional rights under color of law. He was sentenced in December 2017 to 18 months in prison. With time off for good behavior and credit for the days he spent in the Niagara County jail, Jaskula was released one year later.

Jaskula wrote in a statement to the judge who sentenced him, Lawrence Vilardo, that he assaulted the defendant amid his frustration over the 80-hour weeks he and the other attendants were regularly ordered to work. Further, a cocktail of AIDS-prevention drugs he'd been taking — an inmate bit him weeks earlier — had been making him sick, Jaskula explained.

"I am not looking for an escape goat or pawing off my actions in any way," he wrote, "but at the time I did what I thought was correct from the training I received. ... Now, looking back, I wish I handled everything differently."

Get the power of Western New York’s largest newsroom every day. Sign up today for a 30-day free trial to BuffaloNews.com.

Sometime after the beating, Jaskula thought about getting Porter medical attention, federal court records indicate. He told two lieutenants in charge that patrol officers had brought him in with a bloody nose. Jaskula's efforts then stalled when a supervisor told him the arresting officers should bring the man to a hospital.

Some 90 minutes later, however, another attendant told a lieutenant that Porter was complaining of chest pain. He was soon treated at Erie County Medical Center for a broken nose, and sutures were applied to a cut near his right eye, the affidavit says.

Surprisingly, the victim sympathized with Jaskula, calling him "just a cog in the system."

"While I did sustain very serious injuries at his hands, I nonetheless ask the court for leniency," Porter wrote in his letter to the judge.

Officers Craig and D'Agostino remain on active duty, though they were suspended for 30 days without pay. They never faced criminal charges but were named as defendants in Porter's lawsuit against the city. Neither officer "reported the actions of Jaskula to anyone in authority and participated in Jaskula's attempted cover-up,'' the lawsuit said.