The best part about writing titles for the Weekend in WNY, which rounds up a wildly diverse cast of Buffalo events, is that they almost never make sense on their own. For instance, if you pictured a clown sipping Krupnik while listening to Garth Brooks' "Friends in Low Places," you totally get my point.

While Arkells, Badfish and Perks' first "Parks and Rec" trivia night have all sold out, the remaining events still have quite an allure.

R&B singer-songwriter Marsha Ambrosius has become known for more than co-writing Michael Jackson's "Butterflies." Although her 2018 album "Nyla" didn't receive the commercial success of its two predecessors, it did earn a solid review on Rolling Stone and gave her enough of a bump to help her sell out the Tralf, prompting a second show to be added.

The native of Liverpool, England sings mostly about love and love lost, but holds back no emotion in her delivery.

The buzz around Shelton's visit is just as much due to his supporting acts as for the country megastar and coach on "The Voice." The Bellamy Brothers, John Anderson, Trace Adkins and Lauren Alaina lend ample depth to the Friends and Heroes Tour, which hits KeyBank Center Friday.

Not that tour support would ever say something negative about the headliner, but Howard Bellamy from the Bellamy Brothers waxed poetic about Shelton in an interview with CMT.

“He's a real person," Bellamy said. "What’s weird about Blake, he was that way before. You can tell there’s something a little different about him. He’s open and so inclusive with everybody. There’s something special and you knew that before he ever had a hit record.” 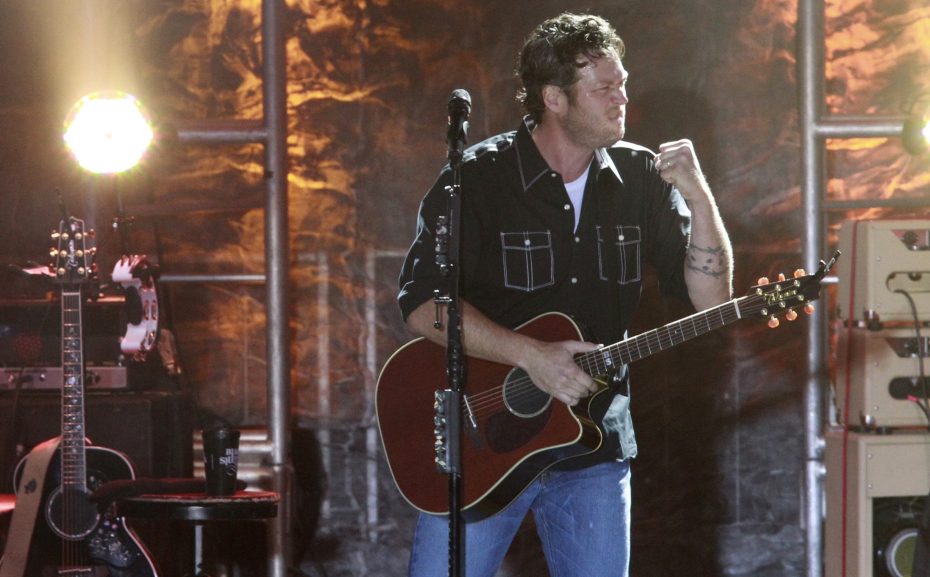 Blake Shelton, pictured performing at the Erie County Fair, is back for a KeyBank Center show. (John Hickey/News file photo)

A stroll seems to be an appropriate pace for a soup tour; a gallop would be far too fast, while a trudge would sound too depressing. The Williamsville Business Association is offering $1 soup samples at all participating establishments, from the Glen Park Tavern to the Eagle House to the Irishman and beyond. The soup we'd be most keen to try? The cordon bleu soup from Creekview Restaurant.

Look back at Smiles from last year's Main Event in Williamsville.

John Williams' score for the first Harry Potter movie released, back in 2001, remains epic to this day, with compositions eerie enough to suit a movie about wizards, but stirring enough to further a bond between a group of teenagers.

Shea's Buffalo will present the film in high-definition on a 40-foot screen, while the Buffalo Philharmonic Orchestra will play every note from the movie. It's not shocking that the Thursday iteration sold out in advance, and limited chances remain for the two other shows.

Sportsmen's has culled a killer lineup for the eighth edition of the Johnny Cash B-Day Bash, remembering the country-rock legend who would have turned 87 on Feb. 26. Local bands The CPX, Uncle Ben's Remedy, Ten Cent Howl and Shaky Stage will all pay tribute to one of the all-time greats over the course of roughly four hours.

[Related: Smiles from the CPX at Mohawk Place in 2017]

Polish Villa 2 and St. Casimir's Roman Catholic Church collaborate on a festival dedicated to the spirit, with one shot, a bowl of hot soup, an ethnic buffet and participation in raffles and door prizes. Tony Rozek and Polish Pride will handle the musical responsibilities.

Thanks to WBFO's Nick Lippa and The News' Jeff Miers, Daniel Behrens' name has popped up quite a bit recently in the media. The Chiptune extraordinaire - who almost magically creates recognizable tunes using just a laptop, guitar and two Game Boys - takes over Milkie's on Saturday. Five other musicians - ranging from trap to punk to hip-hop - fill out the sort-of-wacky lineup.

It might shock some, but there's a strain of people that really adores clowns, and not just ICP and its legion of fans. (Clowns are the stuff of nightmares).

Shadows Haunted House, which presents this event in Sugar City, gives a discount for dressing up, leads clown-themed games (I have no idea what this entails), a clown scavenger hunt, live interactive clown art and features "noise" music from Harley Locking at 9 p.m. This is your alt event for the weekend.