While Naan-Tastic, a new Indian fast-casual restaurant in Amherst's Boulevard Consumer Square, doesn't open to the public until 11 a.m. Feb. 22, owners Aman and Ajay Singh held a preview party for the media Tuesday.

The sneak peek served as a chance to explore the full menu - with the exception of its four beer taps, as the liquor license has yet to arrive - and explore the Amherst space next to Blaze Pizza.

Naan-Tastic's calling cards are the scarcity of quick-serve Indian food, versatility in the menu and potency of flavors. In the Chipotle style, customers enter the restaurant and wait in line along the left wall until it's their turn at the counter. This cafeteria-style approach worked well enough at the Singhs' Rochester location to give them confidence it would appeal to Buffalo.

The moments spent waiting in line are valuable, as employees' questions soon come rapid-fire. Do you want a bowl, taco or wrap? (They're all $7.99 to build your own). Which of the six proteins, four primary sauces and 14 toppings would you like? By the time you get to choosing a "finishing sauce," your head might be spinning. 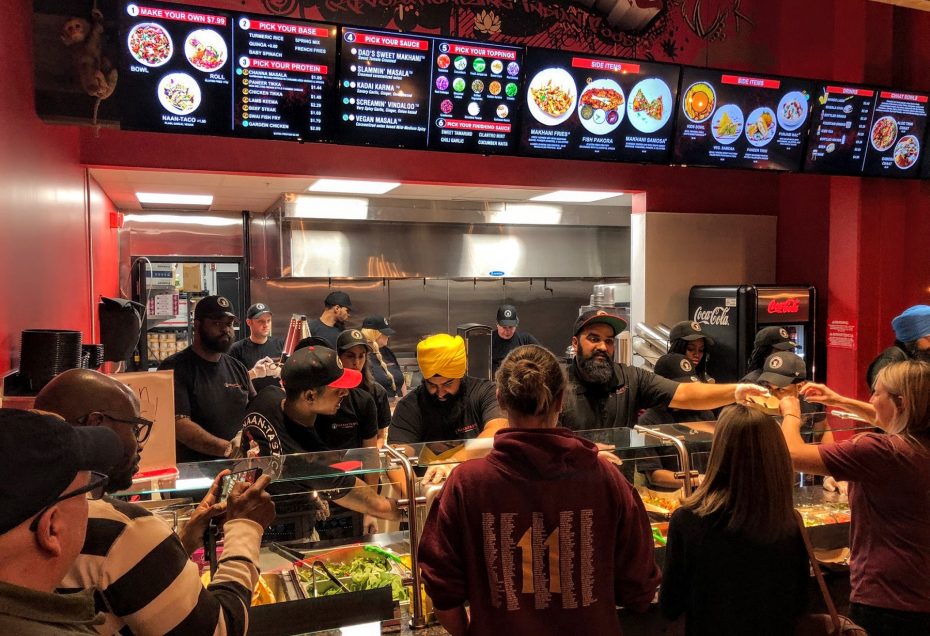 Naan-Tastic was busy on preview night, with Yelp Elite, friends and family of the owners and some media on hand. (Ben Tsujimoto/Buffalo News)

Preparation is one of the keys to enjoying a quick-service restaurant. (I'm sure some people choose an exotic combo such as fish with cranberries and a spicy vindaloo sauce, but you might not want to panic your way into that person).

The ordering board is labeled with vegan and gluten-free options, which are both plentiful. The art on the walls is striking, and the Naan-Tastic-branded motorcycle is worth a lusty gaze.

The art above the entrance to Naan-Tastic, left, with a branded motorcycle to the right. (Ben Tsujimoto/Buffalo News)

Beef steak is atypical for Indian restaurants, but it's one of the proteins at Naan-Tastic. It worked well in a wrap with turmeric rice, cucumbers, tomatoes, shredded paneer, cilantro, Slammin' Masala (caramelized onion flavored) sauce and a bit of cucumber raita sauce for a cooling finish.

Although the wrap was overstuffed (not complaining) and the beef was gristly in parts, the range of flavors and textures in the wrap compensated for any shortcomings. For anyone who's eaten turmeric straight before, don't fret - the spice is barely noticeable on the rice. 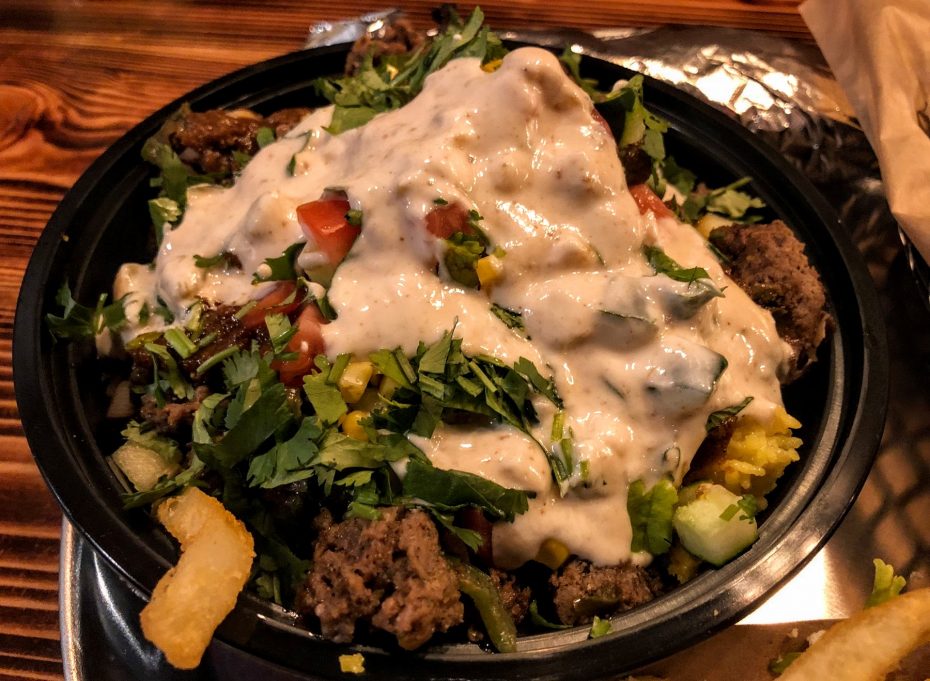 A lamb bowl from Naan-Tastic uses a bed of both french fries and turmeric rice, with cilantro, cucumber, tomatoes and more blended in. The spicy vindaloo sauce mixed in packs a wallop. (Ben Tsujimoto/Buffalo News)

A bowl of lamb keema (meaning minced) on a bed of french fries was amplified by the Screamin' Vindaloo sauce, which followed through on its promise of sweat-inducing heat. A second bowl, with cubed chicken and masala, was more subtle, fitting for those seeking deep rather than spicy flavor.

Although the restaurant's name might suggest otherwise, naan isn't a huge part of the menu, but it's the holder for the "taco," served in the bottom of a bowl. The Indian bread may be added to any choice for roughly a dollar more.

Among the sides offered is makhani fries, a specialty of Naan-Tastic, and aloo paneer tikki, a potato-and-cheese ball deepened by a litany of spices. Makhani, a sweet tomato sauce, is a smart companion for the salty fries, but eat this side quickly to avoid sogginess. A mango lassi and masala Chai - two popular Indian drinks found at other Buffalo restaurants - graced the beverage menu. 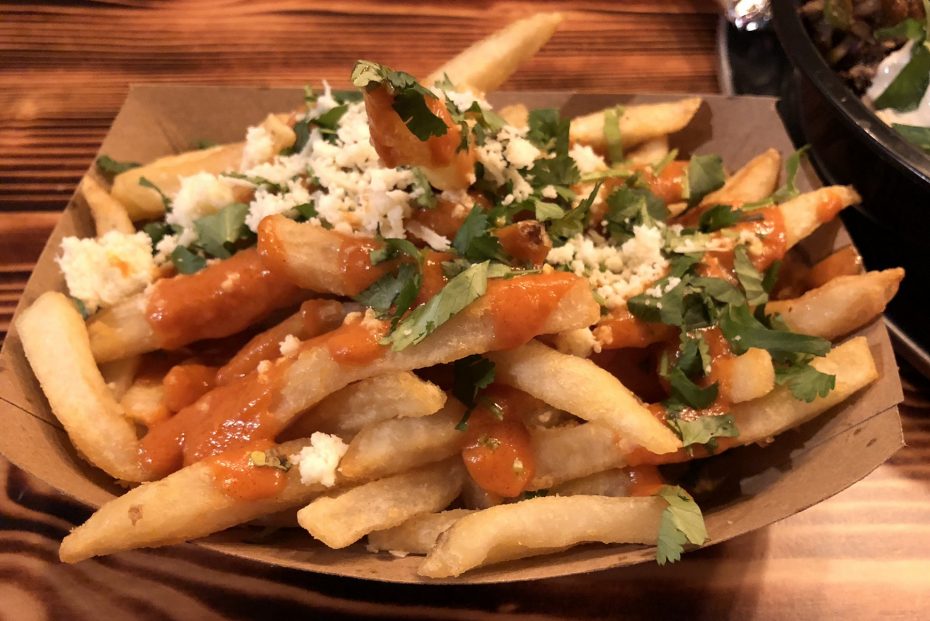 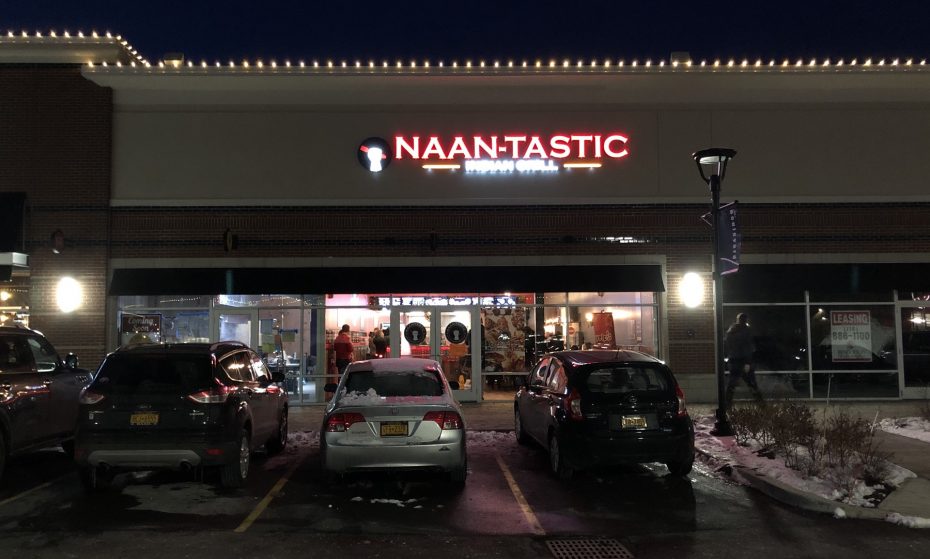