Sabres defenseman Tim Horton had been killed in an early morning car crash on the QEW.

While driving back to Buffalo from a Sabres game in Toronto, he was clocked at over 100 mph on the highway. Police tried to pull him over for speeding when his car careened off the road and flipped several times.

Horton was 44 and considered an NHL veteran. He was credited with being a big reason the Sabres made the playoffs for the first time the previous season.

Seymour H. Knox III, the Sabres' then-president, said in The Buffalo Evening News that Horton "was only greater in one thing than being a hockey player and that was being a fine human being."

Read some of our archive content remembering Tim Horton:

Take a look back at the front page of The Buffalo Evening News from that day. 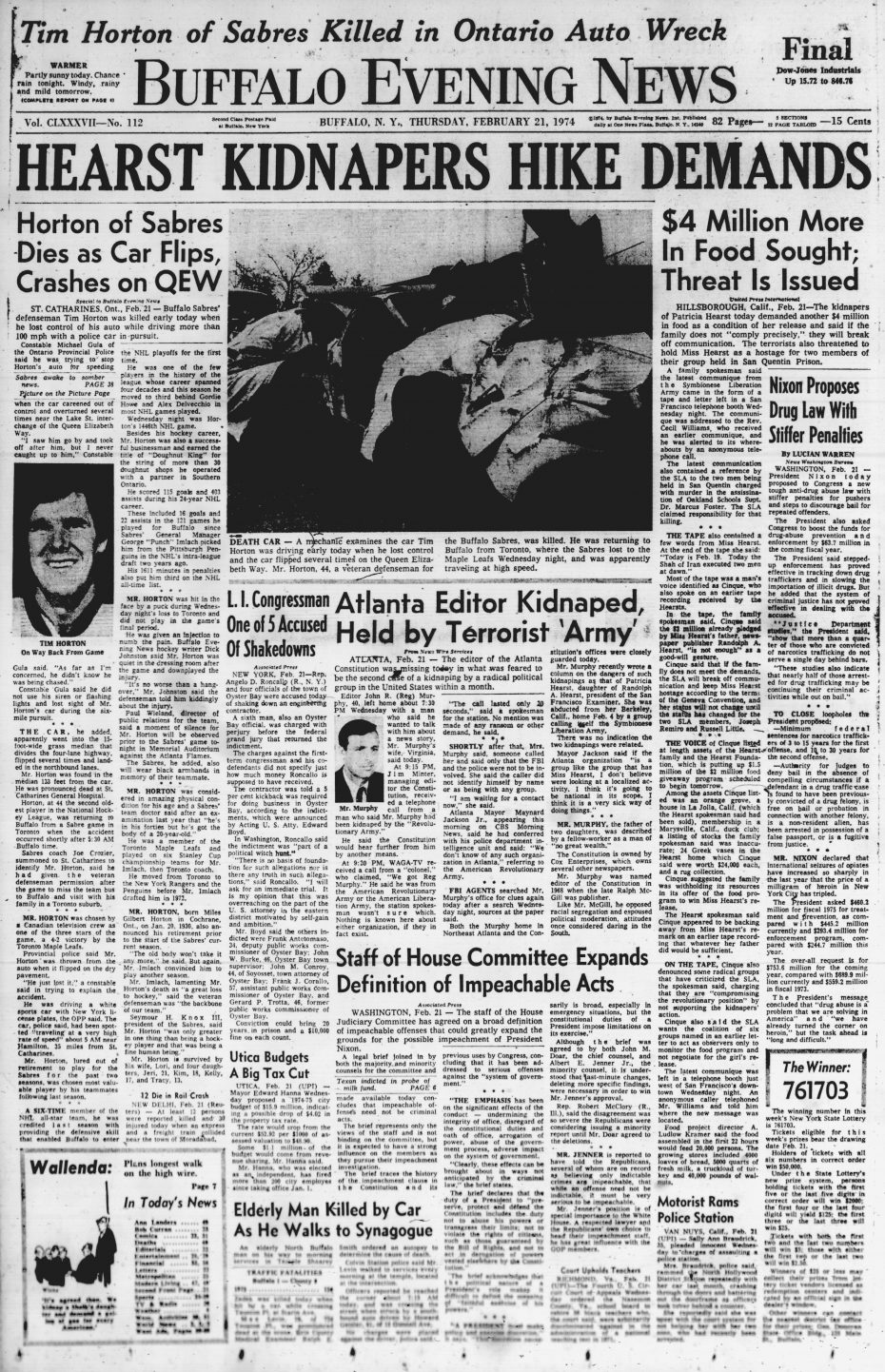