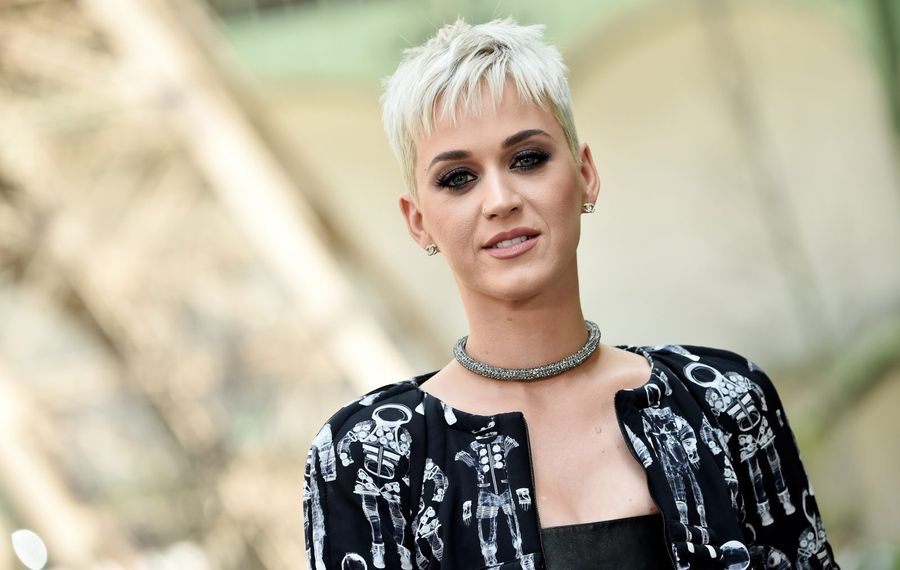 I was scared I would have to watch the entire season of “American Idol” when I received an email recently from a public relations representative noting that the season premiere of the reality show on March 3 included a Buffalo performer.

But then I watched the two-hour ABC preview and saw the guy appear to scare the heck out of judge Katy Perry during his audition.

Ethan Fingold, whose stage name in VoKillz, is one of those “Idol” characters who has the potential to be talked about much more than he has a chance of being the “Idol.”

He is essentially comedy relief in the season premiere, a novelty act.

He initially is seen briefly in the first few minutes of the program to tell someone he is a “Mystic Death creature vocalist," which leads to a funny look from a young woman who overhears him.

About 45 minutes later, it is time for his audition in Los Angeles after an introduction by host Ryan Seacrest.

“I’m not a serial killer or anything like that,” VoKillz assures the TV audience later.

He starts his audition by wearing a mask and eventually gets Perry to hide under the “Idol” desk while he performs an original song from what he calls a new musical genre called MysticDeath Trap Metal.

OK, “performs” might be a charitable way of putting it. He basically screams and shrieks what appears to be some form of rap music before Perry and judges Luke Bryan and Lionel Richie.

By the time he appears, a little comedy relief is needed because the judges heaped on the praise to the previous singers so thick that you might think they were all going to become Kelly Clarkson, Carrie Underwood and Phillip Phillips.

I won’t reveal how the judges voted on VoKillz, except for Perry’s vote. She voted for Vokillz to move on, which did scare me a little bit until she explained why.

“I said yes because I don’t want him to murder me,” she cracked.

But back to who the heck is Fingold or VoKillz?

In his biography, he explained he “is a MysticDeath vocalist" from Buffalo who has created a new genre of music he titles MysticDeath Trap Metal, which infuses rap and metal along with elements of hardcore, deathcore, and death metal alongside hip-hop and trap music. His videos have gotten a lot of attention and views across the country, eventually landing him in Los Angeles. He has appeared on television shows such as "Tosh.0," "Ridiculousness" and in some of his own music videos.

“Ethan’s interest for music, video games and horror movies began at a young age. VoKillz has had the opportunity to meet several celebrities, while in L.A. and plans to continue his journey. He always wears a cryptic mask to hide his face while performing and plans to make an appearance in some videos games in the future with an animated creature of himself.

“Back in his Buffalo days, Ethan was a part of the band A Future Corrupt. The band has since gone their separate ways and pushed Ethan to create this new genre of music. He admits that audiences were at first very confused by his music style, but in the last year or so his fan base has grown significantly. He hopes to only enlarge that fan base (who he calls ‘creatures’) and pioneer this genre ‘Mystic Death Trap Metal’ alongside artists like $uicideboy$. He recently put out a music video with horror film actors. He is very excited to see where this journey takes him and how audiences will receive Vokillz after ‘American Idol.’ ”

I am more interested than excited to see whether his “Idol” exposure means his fame will last more than five minutes.