Nearing zero degrees, the snow squeaked under our feet as we trudged to the restaurant’s door, only to find it closed.

Despite our reservation, we hadn’t gotten a call, and I felt disgruntlement start to rise. On a night the wind made my face hurt, I wasn’t rolling the dice on a restaurant newcomer on my list.

I thought about Shango Bistro, which I have experienced but not reviewed despite its service to the University District since 2005. I was saving it for an emergency, perhaps, and here it was. I called for a table, and we were rolling down Main Street.

Weaving around the frozen chunks fallen from wheel wells, cursing snowplowers who pushed their problems into my path, I pressed on, eager to drown my aggravation in gumbo. 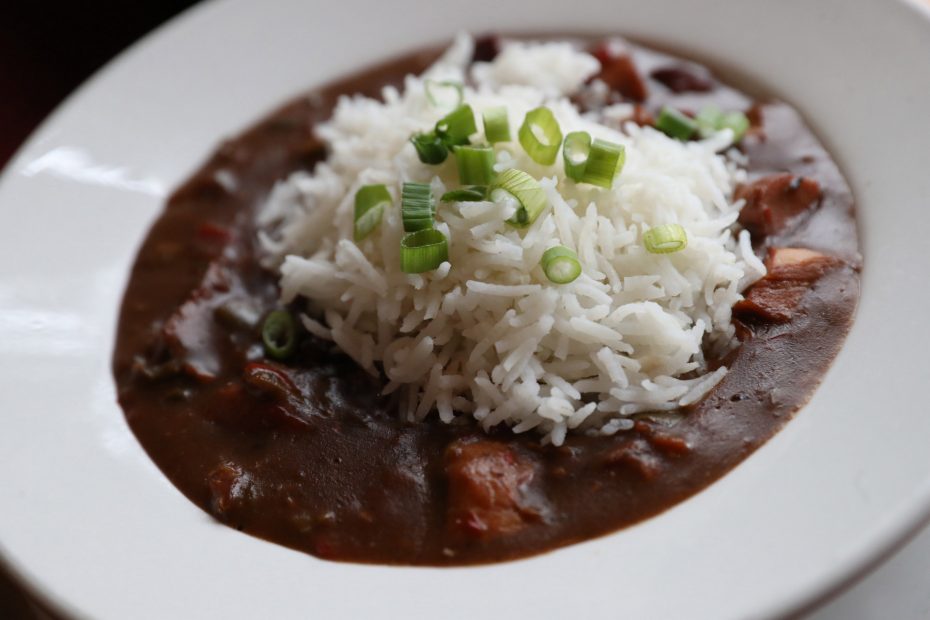 Under the direction of chef-owner Jim Guarino, Cajun cuisine is Shango’s thing, or maybe Cajun-inspired is more accurate. This is a relatively new development at 3260 Main St., formerly the site of Coffee Bean Café, which Guarino opened with his parents in 1994.

In 2014 Guarino went downtown to open the seafood-focused Oshun. He closed it in 2017, to refocus on Shango.

The room hasn’t changed much in years, done in cream, burgundy and wood. Tables are covered in copper or tablecloth and paper. A four-top alcove is one of the coziest tables in town, but I got a church pew seat with a loose cushion that left me unsettled.

The menu hasn’t changed much, either. Guarino has honed a handful of Southern-accented dishes, rounded out with a host of rotating specials. Cajun meatloaf ($19) has been offered since the first Shango menu, and avocado spring rolls ($10) even longer, first served at the Coffee Bean Café.

A few bites of each, and I found myself a firm opponent of change for the sake of change. 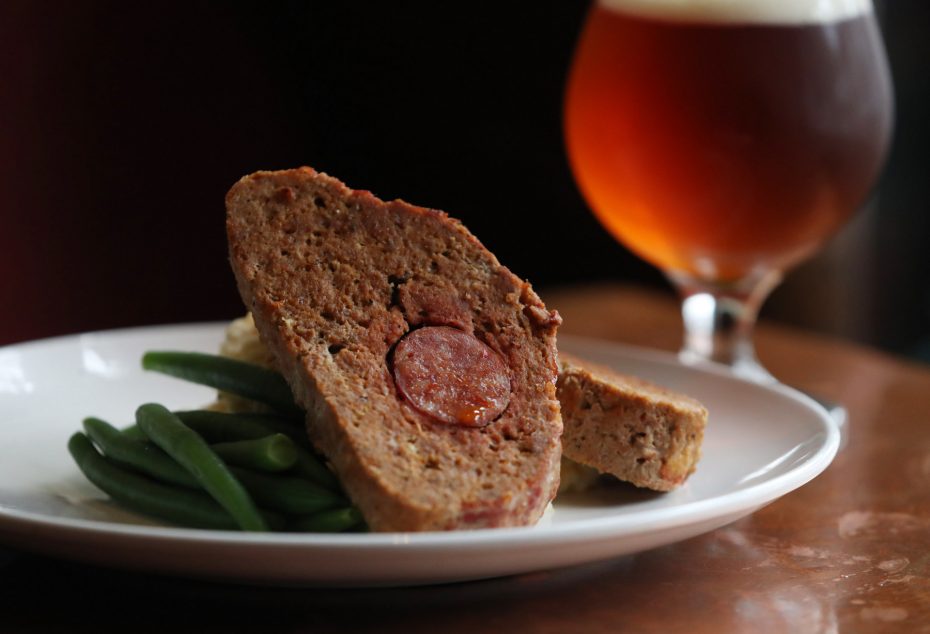 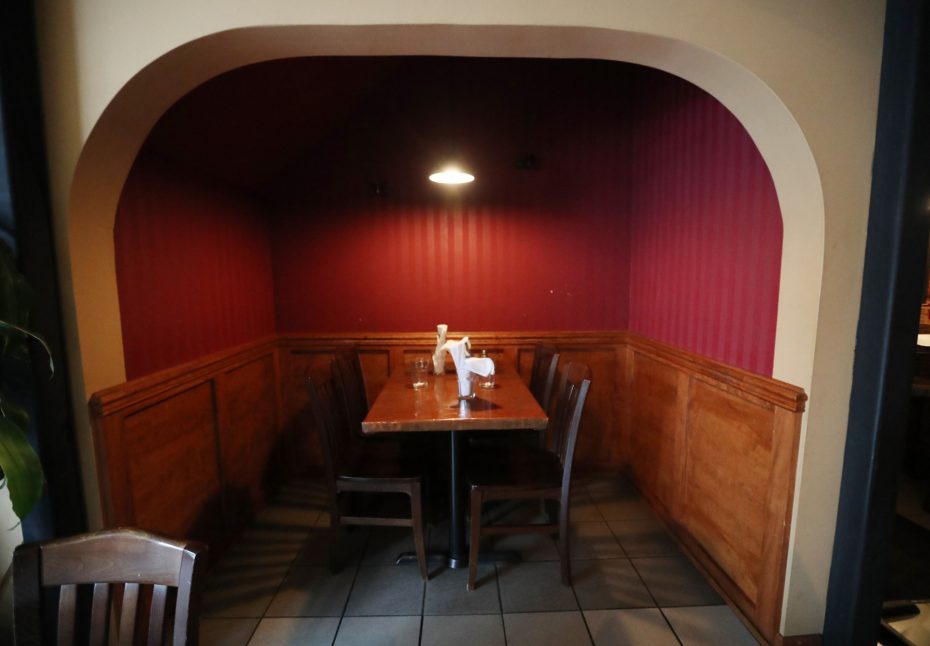 Shango has one of the coziest nooks in town. (Sharon Cantillon/Buffalo News)

Another appetizer playing unconventional chords was the pork belly ($11), perfectly cooked to a crisp surface and unctuous middle. It was surrounded by a blizzard of sweet-salty-crunchy sour, in the form of brussels sprouts, shredded carrot slaw, parsnip chips, pickled onions and pepper jelly. Sticky-sweetness overwhelmed the assemblage, though the pork was admirable.

A bowl of gumbo ($8) was solid, its inky broth, dark with roux, hiding chicken and andouille sausage, and a slow smolder of heat. Calamari ($12), well-fried and crunchy, got a Spanish turn, with panko-crusted olives and lemon aioli, plated over a swath of red pepper-almond romesco sauce. 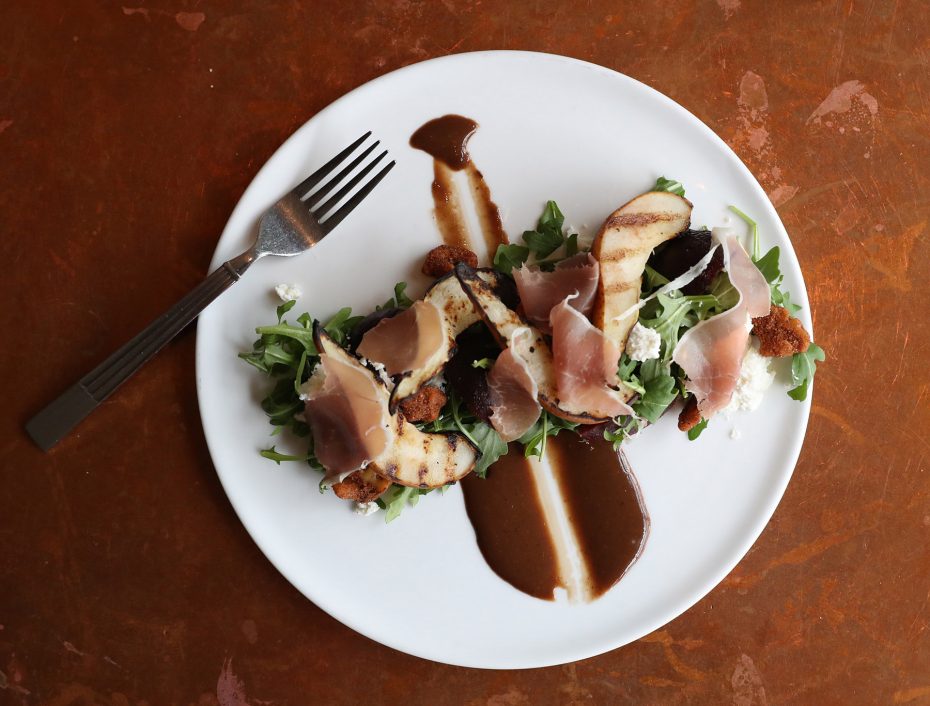 Blackened shrimp salad ($12) was a bit of a letdown, with tough, salty shrimp and even tougher croutons.

Creole bouillabaisse seafood stew ($27) with scallops, catfish, mussels, shrimp, tomato fennel broth and potatoes is another legacy dish still worth eating. The various seafood types were each cooked properly, which is not a given.

The fried chicken ($23), my favorite dish from my dinner at Shango, hasn’t changed much in a decade or more. Why should it? You have the fried chicken swagger of buttermilk-brined tenders inside a craggy bronze crust. They ride cheddared corn grits, the Southern improvement on mashed potatoes, and a pile of collard greens cooked down with bacon to a tender, tangy, smoky, spicy forkful. A ramekin of gravy enriched with tiny sausage dice completed the plate. Animal, vegetable, mineral, all in one bite. 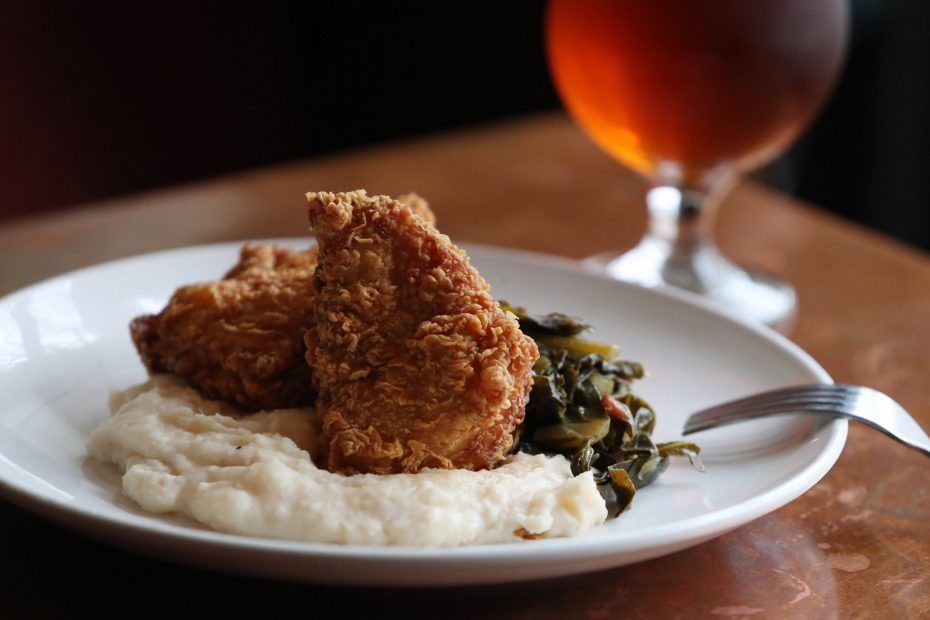 Service was detail-oriented, demonstrating a deep familiarity with the menu’s quirks. Note that Shango will automatically add an 18 percent gratuity to your bill for groups of five or more. That's listed in fine print on the menu, but was not mentioned by our server when the bill was presented.

Among desserts ($8), I said bravo for the deeply roasty espresso crème brulee; boo for the bananas foster, which in addition to ice cream contained caramel and bananas, which is not the same thing as caramelized bananas; and gave a shrug for the bread pudding, which offered plenty of buttery chocolate flavor, but none of the crusty texture of my favorite examples.

Well warmed by dinner on a bitter night, powered by dishes that don’t seem a day older than the day the restaurant was born, I can’t help but wonder if Shango’s secret ingredient isn’t a dash of voodoo.

Atmosphere: Subdued, except for live music.

Gluten-free: many appetizers and entrees, upon request.