Today's gusty southwest winds will be more of a nuisance in the Buffalo Niagara region.

By Sunday, winds fueled by a powerful storm system could be downright damaging.

Hurricane-force wind gusts are possible during the day.

The National Weather Service in Buffalo posted a high wind watch for Erie County along with Niagara, Orleans, Genesee and Chautauqua counties from 7 a.m. Sunday to 7 a.m. Monday.

Westerly winds of 35 mph to 45 mph are expected with gusts as high as 75 mph.

The bottom sustained wind threshold for a Category 1 hurricane is 74 mph. 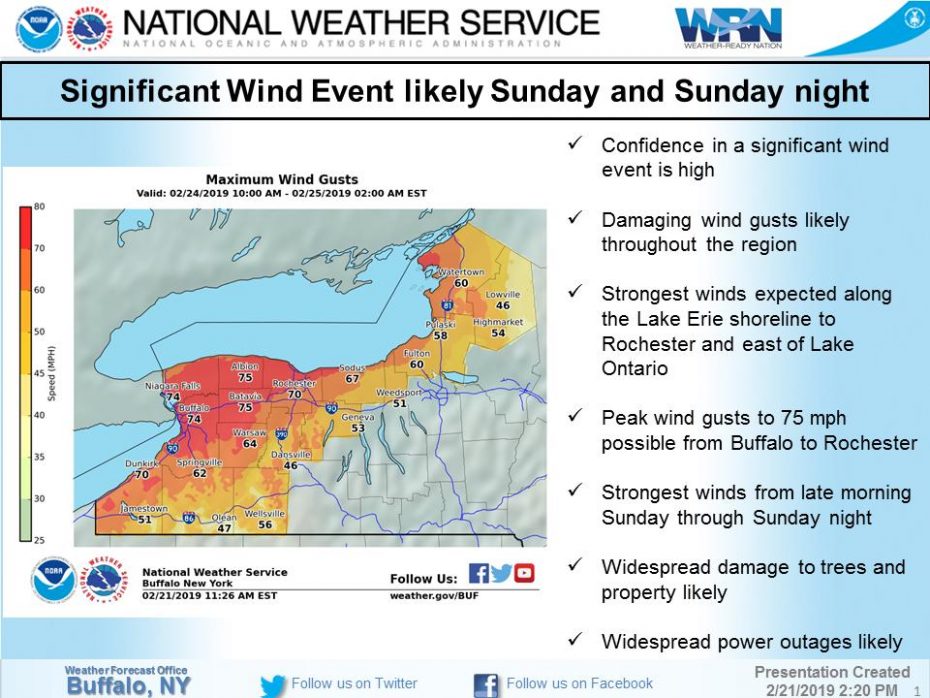 A lakeshore flood watch is also in effect in Erie, Niagara and Chautauqua counties on Sunday.

The gusty winds are expected to cause rises and ice movement on the eastern end of Lake Erie, the weather service said.

The weather service sounded advance alarms Wednesday of the possibility for damaging wind gusts Sunday. By later Wednesday, forecasters said the probability was growing increasingly likely that strong and damaging winds, possibly with gusts over 70 mph, may rake the Buffalo Niagara region.

A forecast wind event for Buffalo Sunday has one of the strongest model signals in recent memory. Mar 2017 (comparison image) was the last biggie, but signals were missing 4+ days out. Incomplete construction and old buildings tend to fair the worst for these - and trees. pic.twitter.com/8X4UmGWn4Z

An anomalously deep storm system passing from the central Great Lakes into Québec will help generate the wind field. 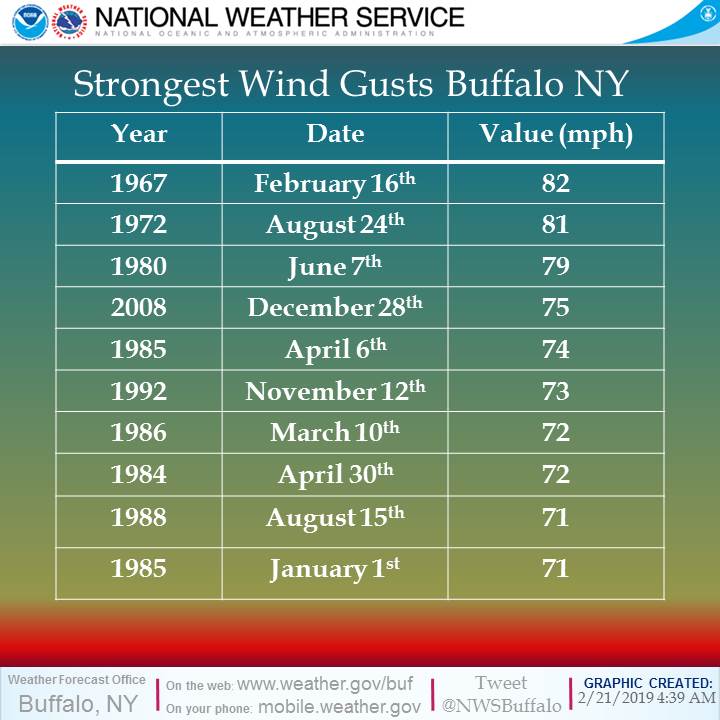 "It will be important to stay tuned to updated forecasts and possible statements and headlines as we progress through the rest of the week," the weather service said.

Forecasts show the gusty winds could persist into the evening. The weather service said Thursday will be otherwise cloudy with highs in the mid-30s.

Cloudy skies are also expected overnight with lows in the mid-20s.

Sunny skies are expected Friday with highs in the mid- to upper 30s, the weather service said.