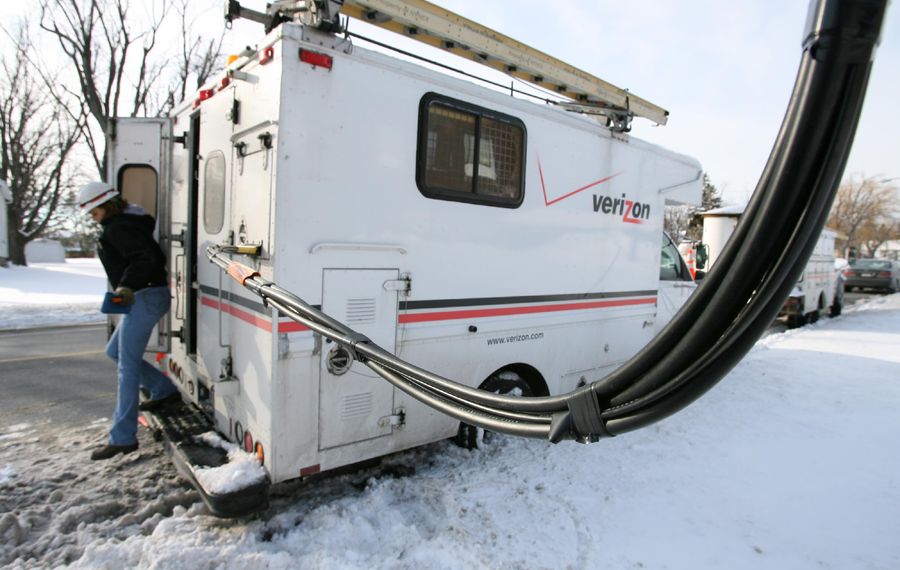 Workers of Buffalo Niagara, unite. You have nothing to lose but ... your slow internet speeds?

OK, it’s not exactly as memorable as the original rallying cry.

But talk – however fanciful – of the city or county creating a high-speed fiber optic network to fill a void internet providers won’t fill at a decent price is just one more example of the shortcomings of the vaunted private sector and why government, by necessity, often has a critical role to play.

The fact that such discussions in Buffalo come amid national buzz about – and the predictable backlash to – the once-dreaded S-word is one more indication that we are waking up to the fact that we can’t always rely on those whose primary goal, by definition, is simply to make as much profit as possible.

Maybe that’s why a Gallup poll last summer found that more young people (51 percent) had a positive view of socialism than had a favorable view (45 percent) of capitalism. It’s also why, for the first time in the past decade, the survey found that more Democrats of all ages were bullish on socialism (57 percent) than on capitalism (47 percent).

A Buffalo News story Sunday graphically illustrated the two-tiered nature of Verizon’s fiber service in Western New York, with the northern and southern suburbs (translation: wealthier areas) enjoying high-speed service while most of the rest of the region makes do with low-speed service or no availability at all.

Hence the talk of Buffalo following the lead of places like Chattanooga, Tenn., whose Electric Power Board got a $111 million federal grant to help build its network and now offers high-speed fiber for $60 a month, with discounts for low-income residents. Now Chattanooga has a growing tech hub, attracting startups because of its high-speed service.

It happened there because government stepped up to fill a void that business wouldn’t. As an Electric Power Board spokeswoman told CNN in 2014, "It just didn’t look like the private sector was going to bring true, high-speed connectivity to this market."

Sound familiar? A similar need exists here, and has for years. As far back as 2011, the Don’t Bypass Buffalo campaign was pressing Verizon to include the city in its high-speed fiber optic network, even going so far as to give the company its "Scrooge of the Year" award – all to no avail.

As Buffalo's internet speeds rank among slowest in U.S., consumers can't do much

Janique Curry, one of the activists who was part of that effort, concedes that her faith in telecom providers to do the right thing "may be kind of naive." But she still believes that with all of the money providers make off of residents here, a sense of corporate responsibility should prompt them to step up. There already is a model, she notes, with the Brown administration and Blue Wireless establishing free hot spots along parts of Jefferson Avenue.

I have far less faith in the private sector than she does.

More promising than waiting on telecom providers is Sam Marrazzo’s idea of treating high-speed access like we do water and sewage treatment – as a modern-day municipal necessity.

"Water is required for living; so is knowledge in this age," said Marrazzo, chief innovation officer at the Buffalo Niagara Medical Campus. "I believe that’s the only way to ensure internet for all."

Marrazzo makes clear he’s not blaming companies like Spectrum, which now offers premium internet but whose Buffalo customers’ average speeds leave a lot to be desired, for a variety of reasons. He said it’s the entire community’s problem because, just as water is a resource, "so is technology now."

"The kids aren’t getting the basic necessity to survive, and it’s not fair," he said.

Nascent talks between Medical Campus leaders and public officials are exploring some form of what Marrazzo calls a "utility of the internet" with the county taking the lead.

Cost, obviously, would be a huge obstacle. No doubt, the idea also would generate opposition – fomented especially by telecom companies, as happened in Chattanooga – or on philosophical grounds. And Republicans, abetted by the foolish missteps of some freshman congressional Democrats, already are trying out S-themed attack lines and surely would do so here.

But government is no longer the dirty word it once was.

How could it be, with Americans still trying to get medicines from "socialist" Canada that they can’t afford to buy here, "Medicare for all" now a progressive platform staple, and the idea of privatizing Social(ist) Security still a campaign loser. Ronald Reagan’s memorable quote notwithstanding, government – by necessity – often is the best solution.

This region’s internet experience is just one more example of when it might be the only solution.