A game in Syracuse would not seem to be a homecoming for Buffalo’s Jordan Nwora, but the former Park School basketball star is no stranger to the Salt City.

His mother, Amy, is from Syracuse.

So while most of the men's basketball fans at the Carrier Dome will be rooting for the Orange and not the team in red and black, some familiar faces from Buffalo are expected in the crowd Wednesday when Nwora and No. 18 Louisville take on Syracuse (7 p.m., ESPN).

“It’s going to be great to be in Syracuse,” Nwora said via phone from Louisville on Monday. “I’m definitely looking forward to it. It’ll definitely be fun playing there.”

That’s not just because the two-time All-Western New York first-team selection gets to play a college game a short drive from home. The matchup features two Atlantic Coast Conference teams with hopes of making deep NCAA Tournament runs next month. Louisville (18-8, 9-4 in ACC) has a slightly better resume than the Orange (17-8, 8-4), but there’s still plenty of season left for both teams.

An invitation to the tournament has become the Cardinals’ mission this season with Nwora – their sophomore sensation – leading the charge after Louisville was left home last year despite a 20-13 record and an RPI within the top 40.

The 6-foot-8 Nwora heads to Syracuse averaging team highs of 17.5 points and 7.7 rebounds per game. He’s the second-most-improved scorer in the nation as he’s up 10.8 points from his per-game average of 5.7 last year.

Nwora has scored 20 or more points 11 times this season and has recorded six double-doubles – including a 23-point, 12-rebound effort in a 71-69 loss to current No. 1 Duke on Feb. 12. He ranks fifth in the conference in scoring and eighth in three-point shooting percentage (38.1).

“It’s been a good season,” Nwora said. “Coaches have put me in really good positions to be successful.

Nwora earned his opportunity, as he did not open the season as a starter. He came off the bench in the Cardinals' first five games, scoring in double figures each time. That included 23 points and 10 rebounds in a loss to current No. 5 Tennessee during the NIT Season Tip-Off at Barclays Center. He was named all-tournament and has started all 21 games since.

The journey from role player to starter wouldn’t have come to fruition without Nwora remaining committed to his training – his shooting days aren’t finished unless he sinks 300-500 shots – and improving on defense to the point where he’s not viewed as a liability.

“I felt like when we first got here he valued offense and just tolerated defense. I don't see that in Jordan anymore," coach Chris Mack told the Louisville Courier-Journal earlier this season. "I feel like a great thing has happened with Jordan in that he feels accountable to his teammates. Not to his coach or his coaching staff, who's trying to guide him, but he feels accountable to his teammates.

"When you're consistently getting beat or not giving the effort that you should and you start to feel a little guilty because of those guys you're going to war with, that's the greatest motivating factor that I think is hitting him between the eyes, and it's been great to see."

“This season’s a lot more intense, a lot more urgency,” he said. “I felt I worked hard last year, but this year it’s created a lot more.” 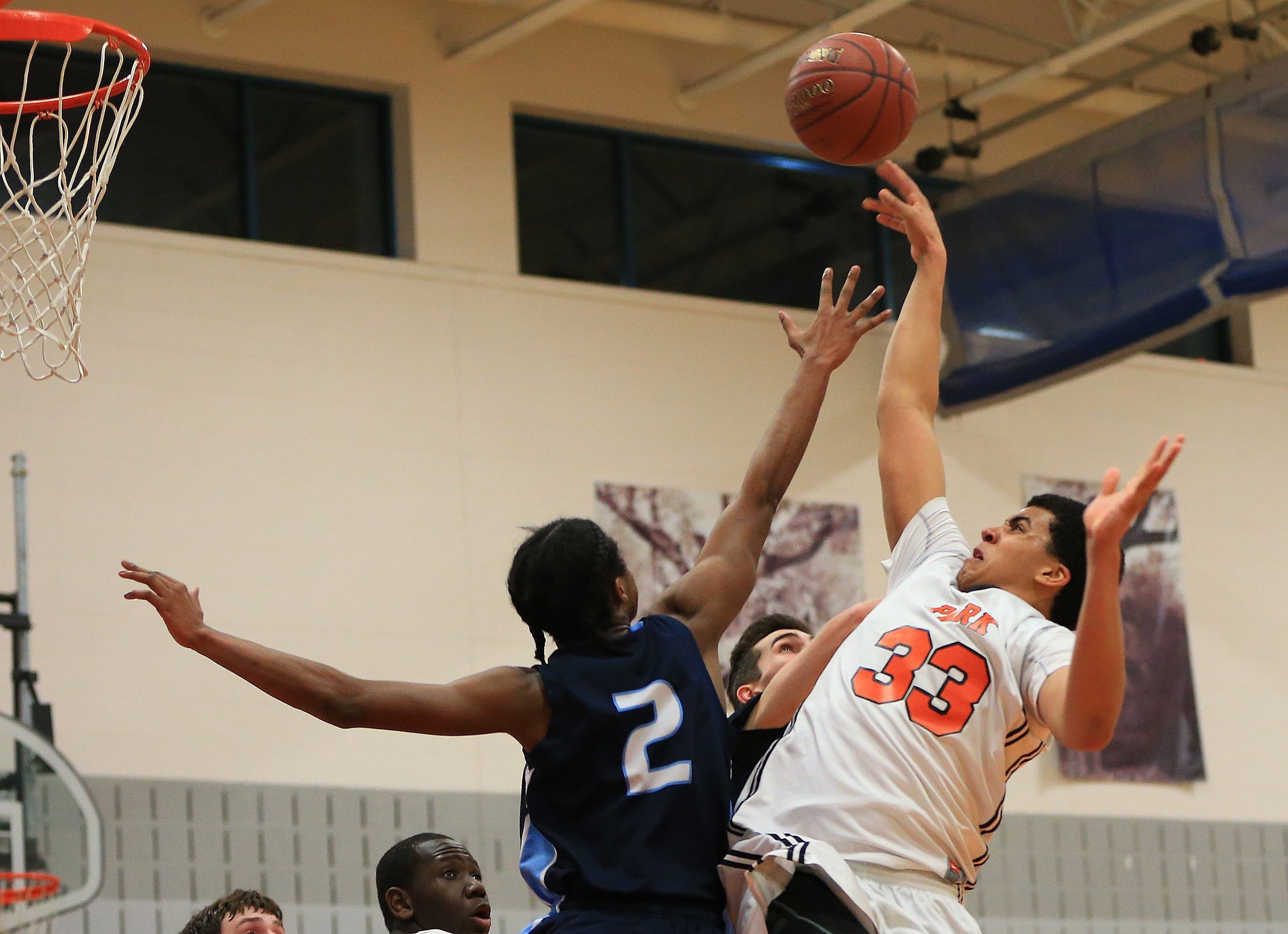 With the added playing time, he has continued to be prolific from beyond the arc, shooting 38.1 percent with a team-high 61 threes.

That’s no secret to anyone who followed his career at Park, where he shot 42 percent from three-point range as a junior in leading the Pioneers to the state Federation Class B championship.

Before attending Vermont Academy from 2016-17, Nwora caught the attention of several big-time schools for his shooting prowess from deep – 39.2 percent – in the EYBL, Nike's top AAU circuit.

Teams will figure out ways to make it tougher for Nwora to get off that sweet shot, especially as the postseason nears.

“We’ve got to know as a coaching staff teams are circling him,” Mack said. “Teams are going to try to top him and not let him catch the ball. We’ve got to figure out creative ways other than get him off in transition to get him those kinds of looks.”

As his profile increases, Nwora seems to have caught the eyes of NBA scouts. What’s not to like? He can drive to the basket and finish and can shoot from outside.

"Jordan has always been a 'gym rat,' ” said his father Alex, the head coach at Erie Community College, "but the excellent coaching this year at Louisville has really been the deciding factor. Coach Mack and his team have helped take Jordan to the next level."

NBADraft.net lists Nwora as a second-round pick in 2020, but that can wait.

“I’m not thinking about that right now,” Nwora said. “Obviously, I’d like that to happen. It’d be cool, but I’m not worried about that.

"I’m just worried about making the tournament and a run in the postseason.”