There won't be a lot of precipitation, but what falls has the potential to make things icy and slippery today.

Precipitation is expected to start as snow in the afternoon but will switch over to being potentially mixed with freezing rain as warmer temperatures move into the region. Less than an inch of snow and just a few hundredths of an inch are expected.

"Periods of snow, sleet or freezing rain will result in slippery roads and limited visibility," the weather service said. "The hazardous conditions could impact the evening commute." 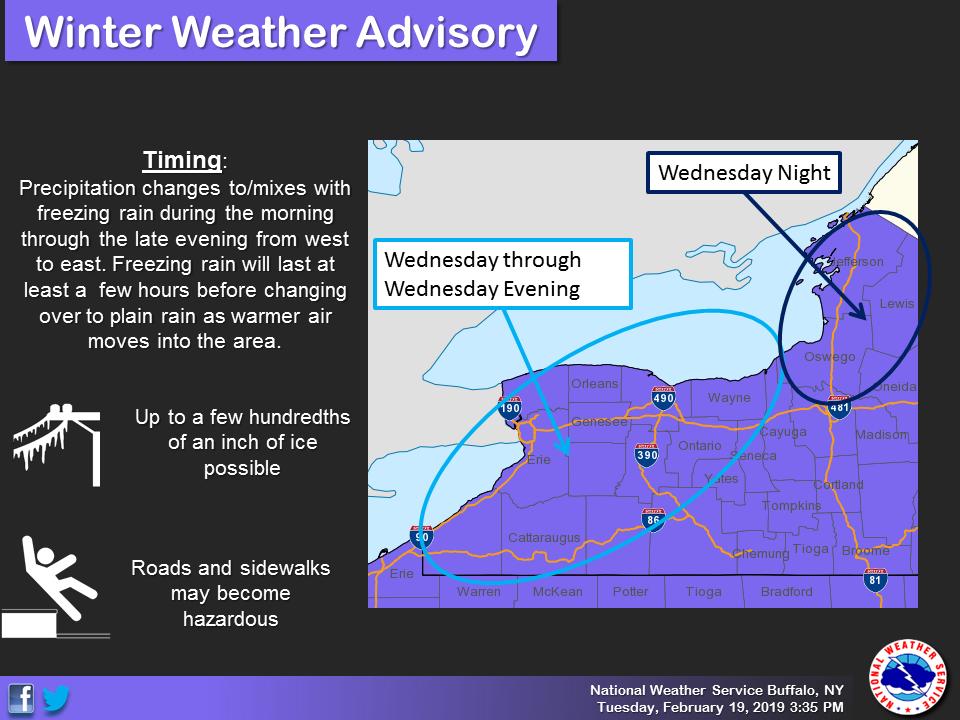 High temperatures are expected in the 30s on Wednesday. They'll continue to climb into the upper 30s overnight, forecasts show.

Southwesterly winds are forecast to pick up overnight Wednesday and become westerly into Thursday.

Gusts could approach or exceed 40 mph by mid to late morning Thursday and temperatures will slowly decline through the 30s, the weather service said.

"This will be accompanied by high pressure and drier conditions to round out the work week," the weather service said.

Coincidentally, Wednesday has been the most active weather day over the last month or so.

Today's forecast to be the fifth consecutive Wednesday with significant wintry weather. It's the third that's involved freezing rain. There was also a late January blizzard. Last Wednesday, brought a heavier than expected afternoon rush-hour snow squall and high winds.

Here's a look back at some of the highlights from Buffalo's past four wintry Wednesdays: