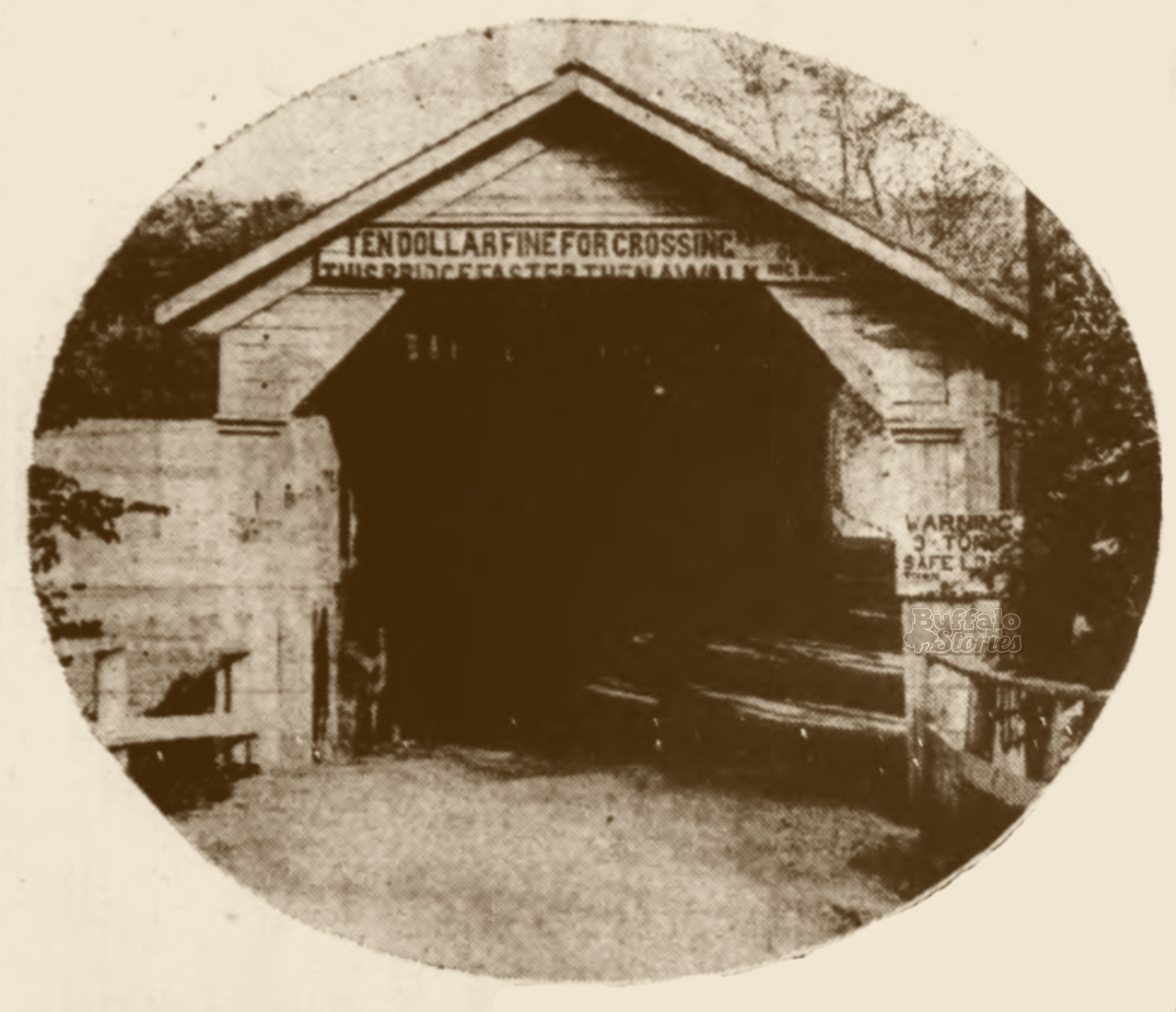 The old Leydecker bridge, with room for only one-way traffic, was 70 years old in 1935 when it was replaced with a modern truss bridge.

The sign above the weather-beaten wood structure said, “Ten dollar fine for crossing this bridge faster than a walk.”

That’s a reference to the speed of your horse, which was the primary mode of transport at the time the bridge was built in 1865. In fact, in getting ready to tear down one of the last covered bridges in Western New York, one explanation for such structures even existing was the safety of the horses that would cross them.

“Snowstorms of other days often filled the road to such a depth that without covers on those bridges, teams most likely would have slipped overboard,” said Erie County Engineer Charles Fosdick.

Abraham Lincoln was president when construction was started on the 170-foot bridge over Cazenovia Creek. By the time Franklin D. Roosevelt was President, the walls were bulging and the roof timbers were sagging. The building of the new bridge was a Depression-era public works project.

“The obsolete bridge spans the Cazenovia creek in a scenic and fertile valley on the Leydecker road between Seneca street and what is known as the East and West road,” reported The News in 1934.

“Farmers whose grandparents drove over the bridge with their horse-drawn vehicles, now shun it with their automobiles and trucks, for it is somewhat of a gamble to cross the old span, now in a near state of collapse.

“A circuitous route is taken by the farmers of the valley who market produce at the Clinton street market. The detour takes them over the Orchard Park road.”

Even though the old bridge no longer served its original purpose, its destruction still left a sense of loss.

“That old covered bridge started many a romance as couples sought its shade and quiet,” said Peter Mildenberger, West Seneca supervisor during the years that the new bridge was being planned. 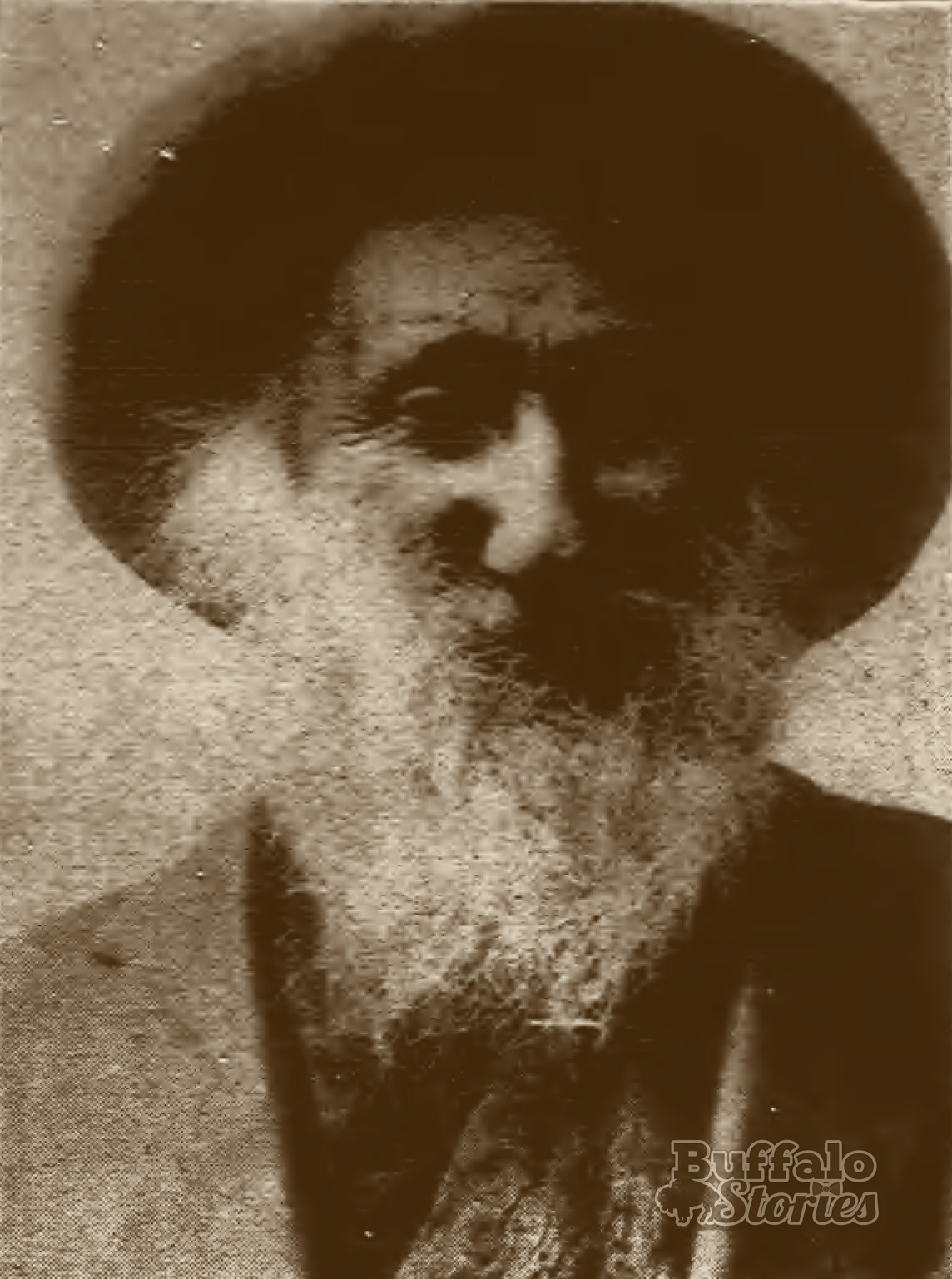 Beyond the bridge, there was Old Shep.

Legend put William Sheppard at more than 100 years old when he died in 1933. A hermit who lived a shed made out of old piano boxes in the shadow of the bridge along Cazenovia Creek, Sheppard wandered the streets of South Buffalo and West Seneca with a grinding wheel, sharpening scissors and fixing umbrellas.

A judge granted Old Shep’s request to remain Erie County’s oldest pistol permit holder a few years before he died — this despite the old hermit’s story that he had been a member of Jesse James’ gang.