On Valentine's Day, the Indian cuisine fans of the Northtowns got a present: a purveyor of new Indian delights.

New to the area, anyway. Diners in the Indian state of Tamil Nadu know all about Chettinad cuisine, powered by a diverse array of spices, and emphasizing specialties not previously available in Western New York.

Nellai Banana Leaf, 4303 Transit Road, Clarence, was opened by people from Tamil Nadu who were tired of driving to Toronto to find their taste of home. Kalimuthu Chithambaram, a technology manager for a bank, and his partner Anthony Kulandairaj, saw an opportunity to fill a hole in the market, Chithambaram said.

They hired Chef Niruban Gnanabanu, got their staffing and supplies sorted out, and opened for business on Feb. 14. The operation isn't up to speed, with staff being trained and the menu still in flux. But so far "the response of the community has been fabulous," Chithambaram said. On the strength of a few social media postings and word-of-mouth, the dining room has been filled.

After its first few days in operation, it closed for a day to rearrange the kitchen, Chithambaram said. But when it reopens Feb. 19, the 56-seat room will again be serving up dishes Chettinad style. 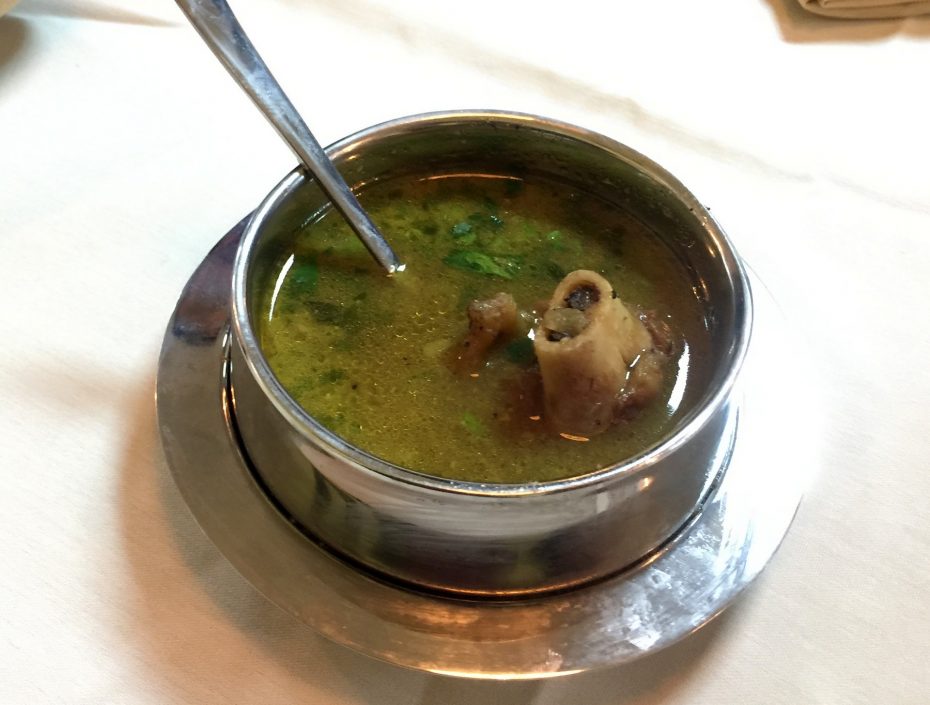 Examples include aatukaal soup ($4.99), a Tamil goat-bone broth racy with herbs, chile and black peppercorns, served with a chunk to chew on. 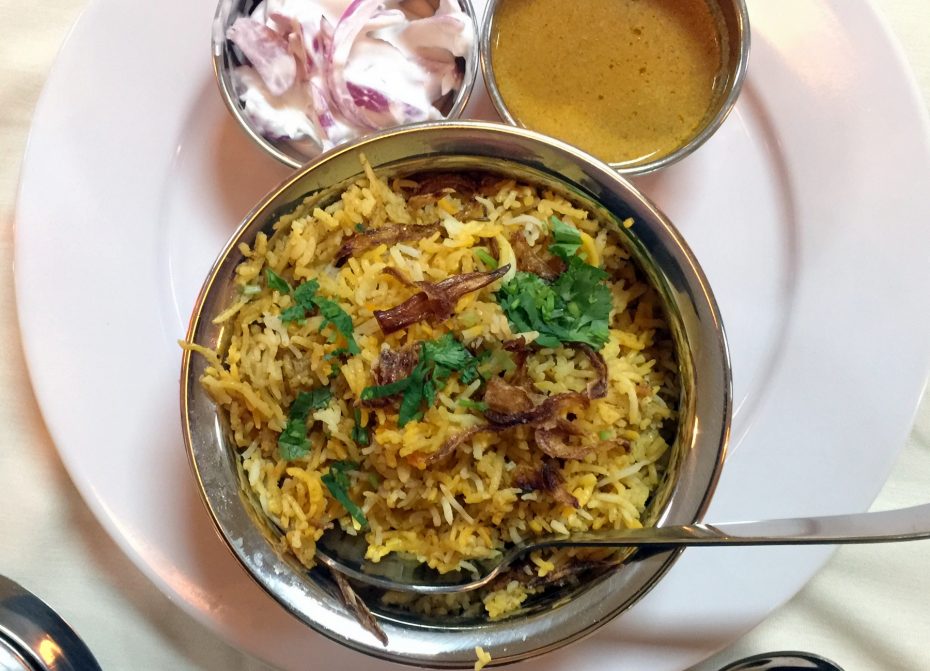 Another Chettinad style dish was ambur chicken biryani ($12.99), with tender bone-in chicken in fragrant rice pilaf, with gravy and sliced red onions in yogurt. A whole pompano fish tandoori ($12.99, image at top of story), roasted, rubbed with Chettinad spices, then seared to a finish on a griddle, comes out with well-seasoned skin as well as tender flesh. 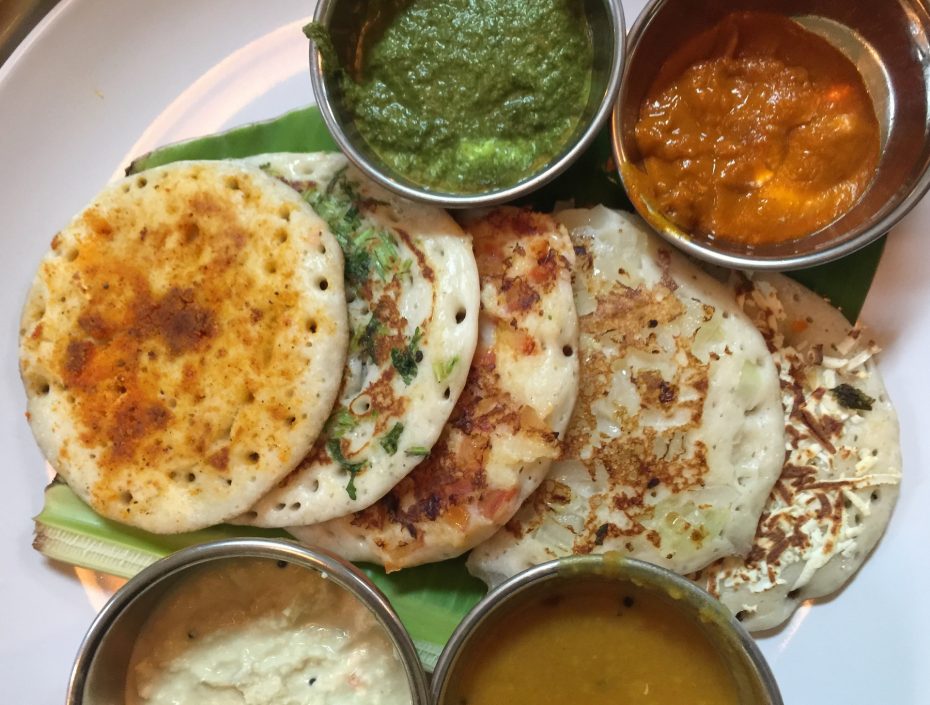 A plain dosa ($6.99) arrived cracklingly crispy, and buttery with the same four accompaniments. Made of fermented rice and lentil flour, it's torn into pieces and dunked for devouring. 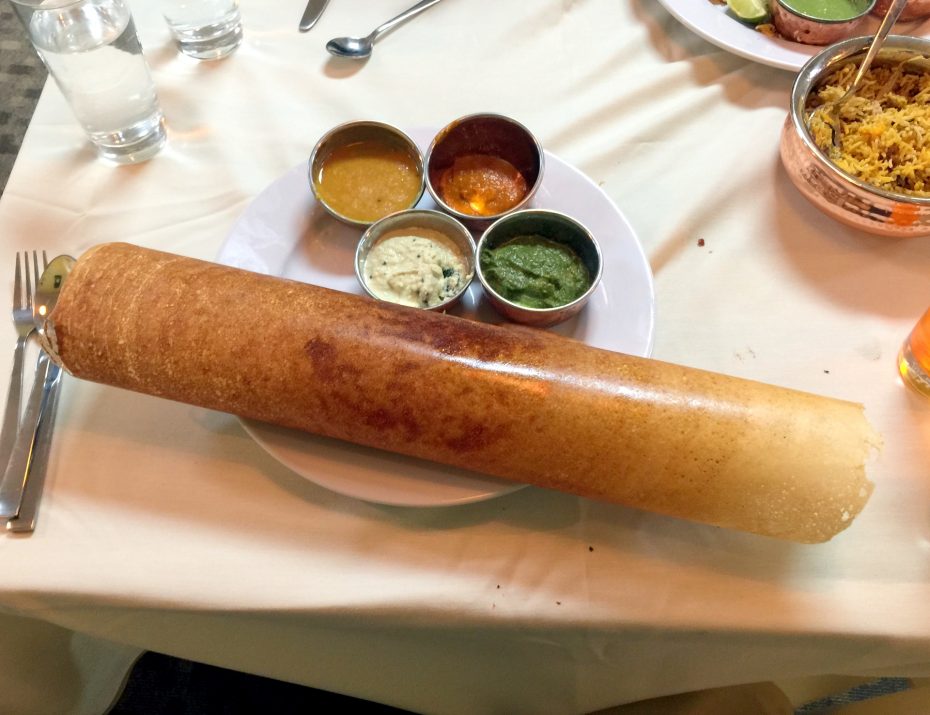 The local rarity of the cuisine has already brought families from Rochester to try the restaurant, Chithambaram said. "So many people have come back," even though it's been open for only four days, he said. So far, crowds have meant delays for some diners, but management is trying to ease the problems as staffers are trained.

The restaurant has a banquet room that can accommodate about 75 diners for a sit-down meal, and about 100 for a buffet. They will be applying for a beer and wine license, he said.

The menu lineup is still being determined, but in the meantime, Chithambaram said, watch the restaurant's Facebook page to catch specials. Typically Chettinad cuisine is eaten on banana leaves, he said, so expect to see more of those as the restaurant secures a steady supply. 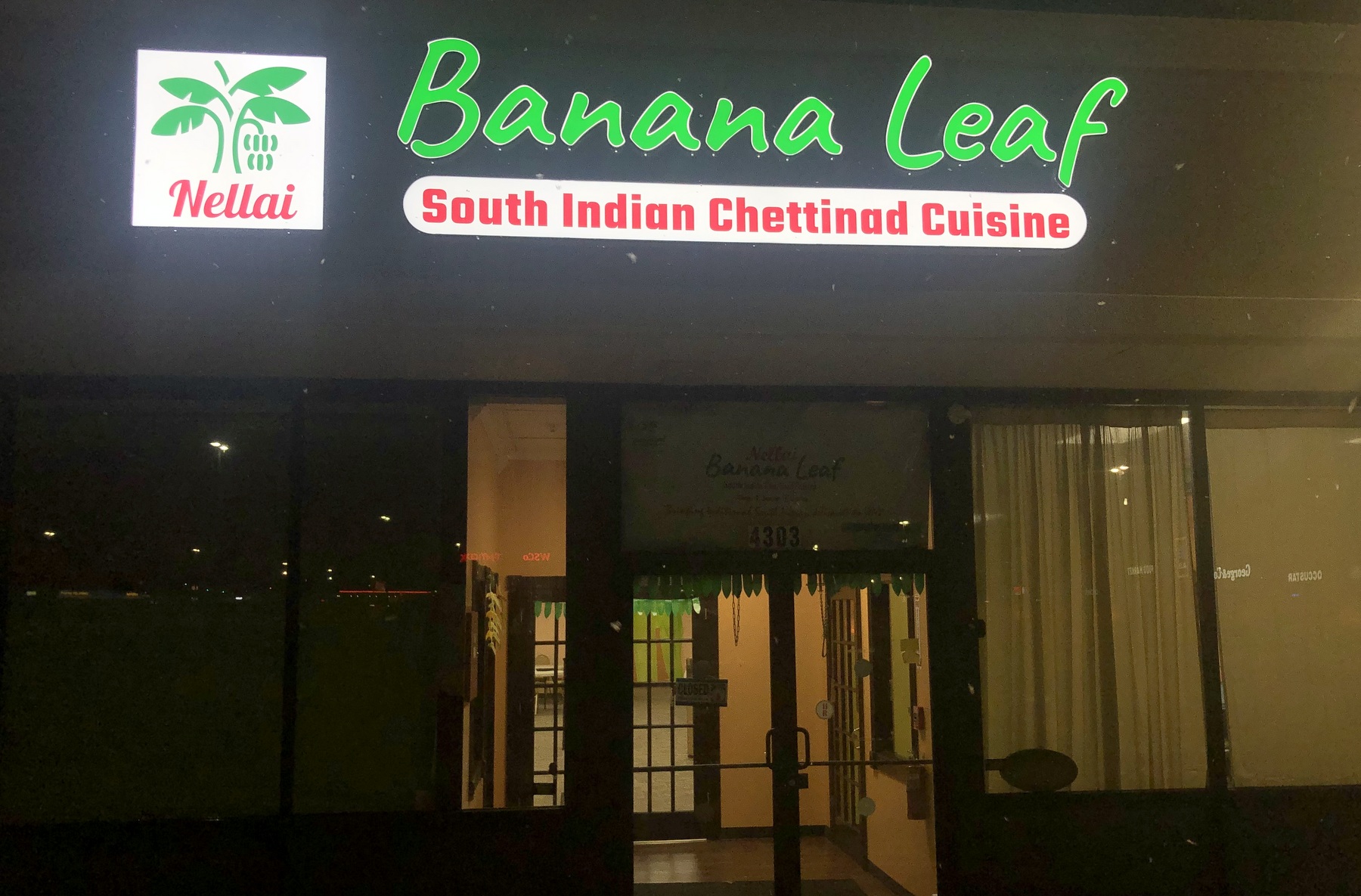