Monday marks the eight-year anniversary of Terry Pegula's purchase of the Buffalo Sabres.

Below is the front page of the Buffalo News from Feb. 23 with the quote from Pegula across the top: "The Buffalo Sabres' reason for existence is to win the Stanley Cup. We will aspire to be the best in the league at finding, developing and keeping players in the Buffalo Sabres family."

"If I want to make some money, I'll go drill a gas well," he also said. "I don't need to make it in the hockey business. Starting today, there will be no financial mandates on the Buffalo Sabres' hockey department. ... I'm going to make decisions based on winning the Stanley Cup and what is right for the fan base and the team."

Interestingly, Pegula was asked whether he had interest in pursuing the Buffalo Bills.

"Nope," he said. "I've got too much going right here, right now to get this running the way we want, to inject the attitude we want into the organization to think or worry about football teams."

Of course, that view changed and Pegula helped keep the Bills in Western New York when he bought the team three years later. 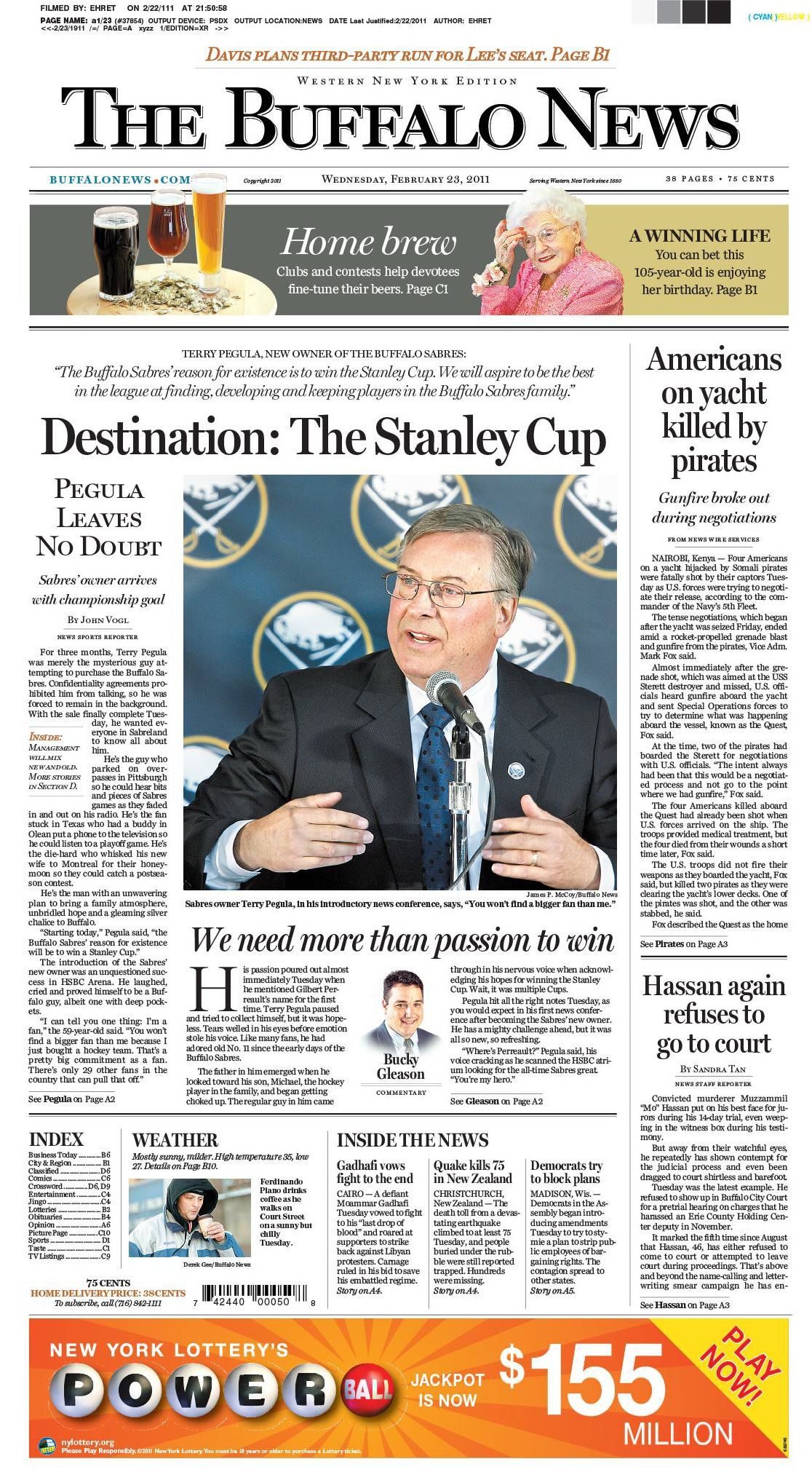