The 1983 comedy, with music by Buffalo boy David Shire, is very much set in its era, and does not age well as a piece of cultural commentary. It espouses the idea that babymaking is something only straight white couples do, or want. It also presents a picture of childbirth, in its brief climactic finale – let’s forgo spoiler alerts; we grasp the premise – like you see in movies: quick, uncomplicated and clean. How easy is that?

To be fair, this quaint little scrapbook of a musical never claims to be a documentary, nor can a show be expected to predict how times would change over the following 35 years.

In superficial ways, it’s old enough to be carbon-dated, but at its core, it’s more timeless than anything else on earth. All the Hallmark clichés about conceiving, bearing, birthing and raising children notwithstanding, it might be the one extraordinary thing still worth mining. And if that means rolling your eyes at this show’s saccharine sentimentality, so be it.

The mistake in producing the show today, that thankfully the Lancaster Opera House narrowly avoids in its appealing new production, would be to exploit its ’80s roots for cynicism. Yes, the hairbands, Lycra and puffy mom jeans are on full display, but they don’t pretend to be the point. We’re the ones laughing, not the show.

Director Nathan Andrew Miller smartly avoids these gags, using nostalgic props only when necessary. Such as to give Katy Miner a hilarious workout routine as mother-of-three Arlene, or Trevor Bunce a tiny keyboard on which to write budding rocker Danny’s next big hit. 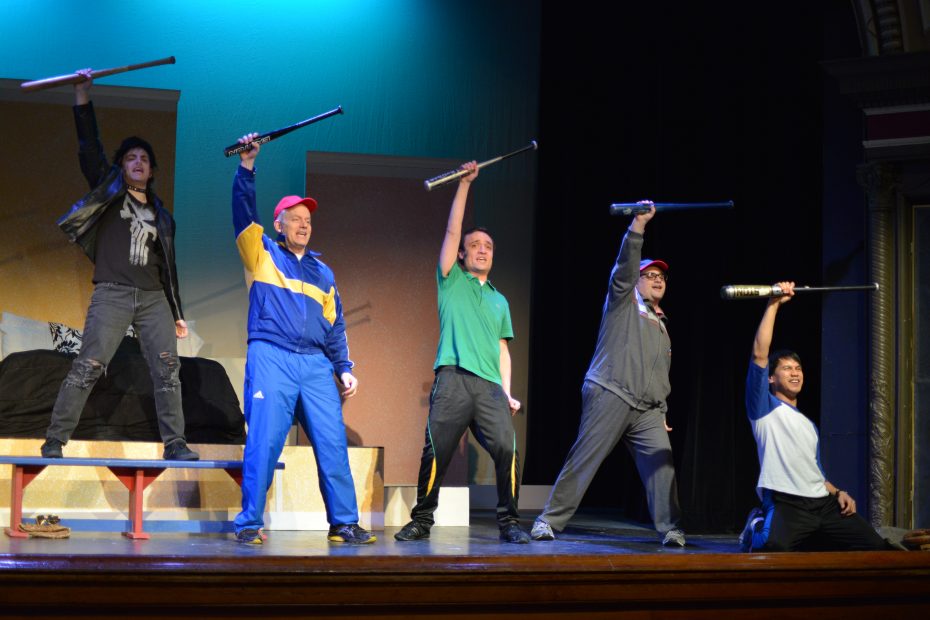 They are two of the story’s six parents-to-be, paired off into three synopses of couplehood; Chris Turton, Arlynn Knauff, Leah Berst and Darryl Semira, who also choreographs, round out the top six. All have personality and chemistry, thanks to this winning cast, but on paper they’re nothing more than generic scenarios, prototypes for human engagement. I’m surprised anyone has a name.

This show is designed to appeal to the widest audience out there, validating with song and dance all the sacrifices, stretch marks and comical ironies known only to people who learned the hard way. Neither Sybille Pearson’s book nor Richard Maltby, Jr.’s libretto challenge any notion of what this reality actually entails (I must assume), but its laissez-faire attitude charms anyway.

If you sense Nora Ephron in the room, or a lick of “Merrily We Roll Along’s” doomed optimism in Shire’s boppy score, you might grasp the cultural pulse in which the show was conceived.

Miller has assembled a talented, earnest cast, who work hard and have fun. They take this flawed text and fly with it. In lieu of things like context and backstory, they exhale with a full range of see-sawing emotions. When it doesn’t play like a corporate training video, it registers like a true human experience.

Every voice is clear, committed and often impressive, from Berst’s radiant “The Story Goes On” about matriarchal legacy, to Bunce’s sweet take on the James Tayloresque “I Chose Right.” Even single-line solos delivered in the nine-person chorus have prowess.

So does the 17-member orchestra, which does incredible things under Fran Landis’s direction. It cannot be overstated how imperative, and unfortunately luxurious, it is to make this kind of ensemble possible. Despite the show’s weaknesses, Shire’s score is not one of them. Thank you for this rich experience.

The show is plenty ridiculous in any era, but with a concerted effort like the one put forth here, it’s once again full of life. If nothing else, it reminds us of the long-forgotten truth: Parents are people, too. Now go call your mother.