Conversations have become more common, and precise, these days about the ancestry of many Americans – especially if those Americans have taken one of several online genetic tests that have become popular holiday and birthday gifts.

Who wouldn’t be excited to learn that their DNA strongly reaffirms their heritage, by percentage, with a smidgen of something completely unexpected, to boot?

It can be tempting while looking to unlock such a window into your past to also decide – online and on the fly – to look forward, toward what your genes can tell you about future health risks.

Beware, say a pair of cancer surgeons and a genetic counselor in the region, as well as a federal health agency.

“This direct-to-consumer testing is certainly where we’re moving … but there are a lot of things that need to be considered before somebody invests in it, or before they put their faith into this being the be all or end all,” said Mollie Hutton, a certified senior genetic counselor at Roswell Park Comprehensive Cancer Center. 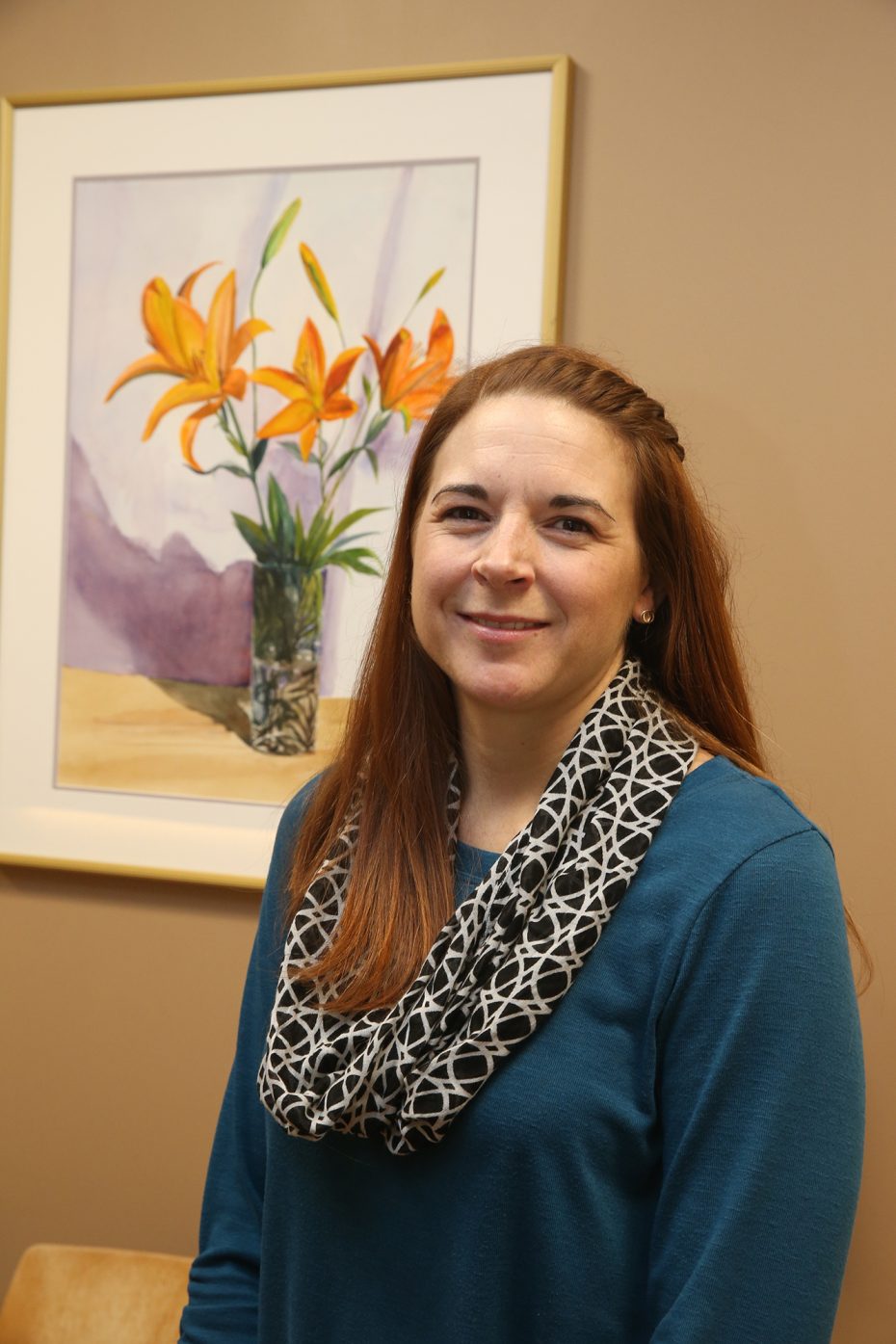 Health risk testing became a direct-to-consumer offering more about a decade ago, and Ancestry.com and several similar companies began to ramp up efforts as researchers progressed in mapping the human genome. At one point, 23andMe offered as many at 250 related health tests before the federal Food and Drug Administration clamped down in 2013, fearing those who got test results could easily misinterpret them.

Genetic researchers have learned lots in the years since. Still, Hutton and others say much more remains unknown about the roles our genes play in most cancers and serious diseases. It’s why they recommend the following before genetic health risk testing.

What should come first

One in three Americans will be diagnosed with cancer during their lifetime, and the American Cancer Society is among groups that encourage people to know their risks and get appropriate preventative screening.

That said, direct-to-consumer genetic cancer testing in the U.S. market is generally restricted to mutations of four genes: BRCA 1 and 2, which significantly raise the lifetime risk of breast and several other cancers; and a pair of MUTYH genes, where unwelcome changes significantly raise the risk for colorectal and other digestive cancers. That leaves out most genetic cancer risks.

“We’re still in our infancy in terms of understanding how most genes work – and work together,” Hutton said. “I have patients who come in and say, ‘Test me for everything.’ ” I say, ‘That test exists, but it’s not about being able to do the test, it’s about being able to interpret the results.”

Daniel Leberer, a colorectal surgeon with Buffalo Medical Group, said those who want to learn more about diseases that seem to run in their family should first speak to a primary care doctor and, if need be, a genetic counselor.

“It’s important to do this both before the testing and afterward,” he said.

Health care providers recommend a good family health history before someone embarks on testing. It’s most important to know how many of your closest family members – parents and siblings – have been diagnosed with a serious condition, followed by grandparents, aunts, uncles and cousins.

The answers can help genetic counselors decide if testing is warranted and, should a positive test for mutations result, if specialists need to set up more frequent health screenings, said Dr. John Ortolani, assistant professor of colon and rectal surgery with the University at Buffalo Jacobs School of Medicine & Biomedical Sciences who practices in the Minimally Invasive Surgery Clinic at Buffalo General Medical Center.

Coping with fear when cancer runs in the family

Each of us has more than 20,000 genes. “They’re the instruction book that tell our bodies how to work,” Hutton said.

Books come in different lengths and sizes. The letters can be moved, changed or altered.

“That’s kind of the same with our genes,” she said. “The letters within the book are the genetic codes. Genetic testing is kind of a spell check.”

Roswell Park genetic counselors use blood testing focused on tumor suppressor gene mutations. “One of these mutations within a gene essentially voids that gene,” Hutton said. “That will cause people to have an increased risk of developing a certain type of cancer.” 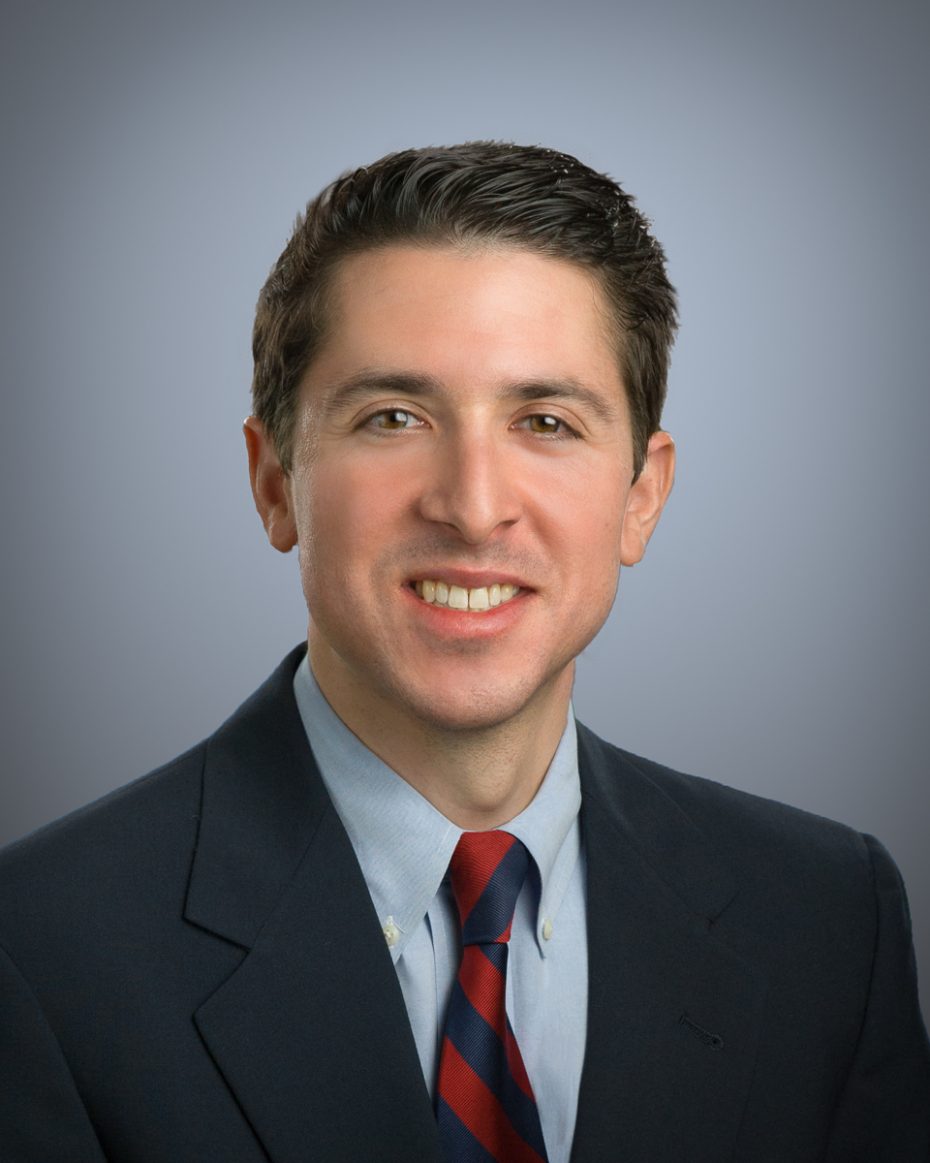 Dr. John Ortolani, a colorectal surgeon at Buffalo General Medical Center, is concerned that online genetic tests for a rare form of colon cancer may give those whose results are negative a false sense of security.

Such cancer and other health risk testing often yields information that can predict the lifetime risk of a disease and compare it to the average risk of someone without a mutation. The percentage of additional risk can vary widely, depending on which gene mutation you have, which disease is being considered, and many other factors, not all of which are fully understood.

The list price at Roswell Park for genetic cancer testing runs $2,000 to $5,000, Hutton said, but is much more specific, wider in scope and more helpful to families identified through their histories at potentially higher risk.

“We get very good insurance coverage for this type of testing – if it is indicated,” she said.

Direct-to-consumer DNA saliva testing is more limiting. A $199 health and ancestry test through 23andMe – which costs $100 more than the ancestry test alone – can provide risk assessments for diseases that include celiac, Parkinson’s and late-stage Alzheimer’s. The FDA also has given permission to the company, and others, to test for two kinds of cancer-related genes: BRCA and MUTYH.

There are limits to those assessments.

For instance, 23andMe – which did not reply to emailed questions – tests the three most common BRCA gene mutations. There are more than 4,000 others, Hutton said.

The average lifetime colon cancer risk for Americans is 4.5 percent, compared to up to 75 percent for those who carry a MUTYH mutation. Leberer and Ortolani said that MUTYH-related colon cancers make up 0.3 percent of colon cancers, and that all hereditary cancer syndromes account for only 5 percent of total.

“For those who have it, it’s important to know,” Ortolani said, “but to say that the whole population needs to do genetic testing to find that? Ninety-five percent of people are going to be doing the test and not gaining any useful knowledge.”

Leberer counts himself among those who fear those who test negative for MUTYH will approach their health with a false sense of security. “The worst-case scenario is that somebody does this test, they don’t have that genetic condition with a high likelihood of developing colon cancer, and then they basically say, ‘I don’t need a colonoscopy because I don’t have a risk,’ ” he said “That’s the unfortunate side effect of these tests.”

Aging, the environment and personal behavior also are key to health risks, regardless of what is known about genes – which need to be triggered in ways researchers still don’t completely understand. “There are a lot of other factors than just the test itself that will impact the assessment of somebody’s real risk, and how they potentially need to modify their screening or medical care,” Hutton said.

"Genetic testing is reasonable,” Ortolani said, particularly in a family that has lots of cancer, including cases diagnosed in latter stages at earlier ages. This is how hereditary cancers often strike.

Leberer tells patients concerned about colorectal cancer risks to look for symptoms that include rectal bleeding, a change in bowel habits or unexpected weight loss. He also encourages them to ward off all disease in other ways: Don’t smoke, eat a healthy, high-fiber diet, exercise – and talk with your health provider about family risks and screenings. 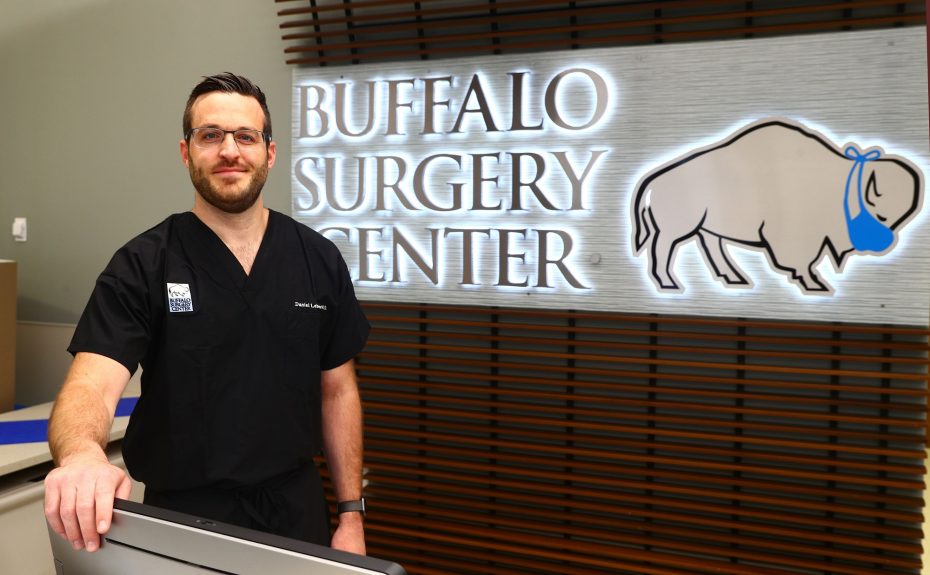 Dr. Daniel Leberer, a colorectal surgeon with Buffalo Medical Group, is concerned that online genetic tests for a rare form of colon cancer may give those whose results are negative a false sense of security. (John Hickey/Buffalo News)

Direct-to-consumer genetic testing has benefits and limitations, and it is somewhat different than genetic testing ordered by a health care provider, according to an informational sheet released this month by the National Institutes of Health.

Find a genetic counselor: In Western New York, call Clinical Genetics Services at Roswell Park Comprehensive Cancer Center at (877) 275-7724; the John R. Oishei Children’s Hospital Genetics Program (for children and adults) at 323-0040; or Windsong Genetics at 626-6300 or online at windsongwny.com. Visit the National Society of Genetic Counselors homepage, nsgc.org, to find a counselor outside the region.