While Cardinal O’Hara has dominated Western New York girls basketball over the past half decade, Williamsville South has used its annual matchup with the private-school power as a measuring stick for postseason readiness.

Boosted by the towering presence of Amari DeBerry, the Billies are walking tall into this year’s sectional playoffs after overcoming O’Hara for the first time in recent meetings, 73-58, on Friday night.

The 6-foot-5 DeBerry looked every bit like the returning All-WNY performer and blue-chip college prospect she is, tallying 29 points, 10 rebounds, eight blocked shots and four assists against the No. 1-ranked large school in the area. DeBerry attacked the basket for 17 points in the fourth quarter to lead fourth-ranked South from a four-point deficit entering the frame to a runaway win.

“Amari DeBerry is a great player, and her physicality on the inside really gave us problems,” O’Hara coach Nick O’Neil said.

“She rose to the occasion,” South coach Kristen Dolan said.

“This is a really big win for us,” DeBerry said. “This game really showed our potential when we click on all cylinders.

“O’Hara is a great team. We definitely learned from the loss, from all the mistakes we made. We really dug into each other that we have to play hard and play for each other.”

O’Hara handed the Billies a 54-51 loss last February before the Billies went on to win the Section Class A title. The two seasons prior, the Hawks coasted to early season wins over the Billies at the Pastor-Cooper Showcase.

The two teams eagerly scheduled an impromptu home-and-home series this season when the blizzard created an opening for both to add a nonleague game.

“We look forward to playing Cardinal O’Hara every year,” Dolan said. “We know we are only helping each other, and win or lose, we are preparing for next week. Our loss to them the first time, we could see what we need to do to get better for the playoffs. To have this opportunity to come out and compete again with them is awesome.” 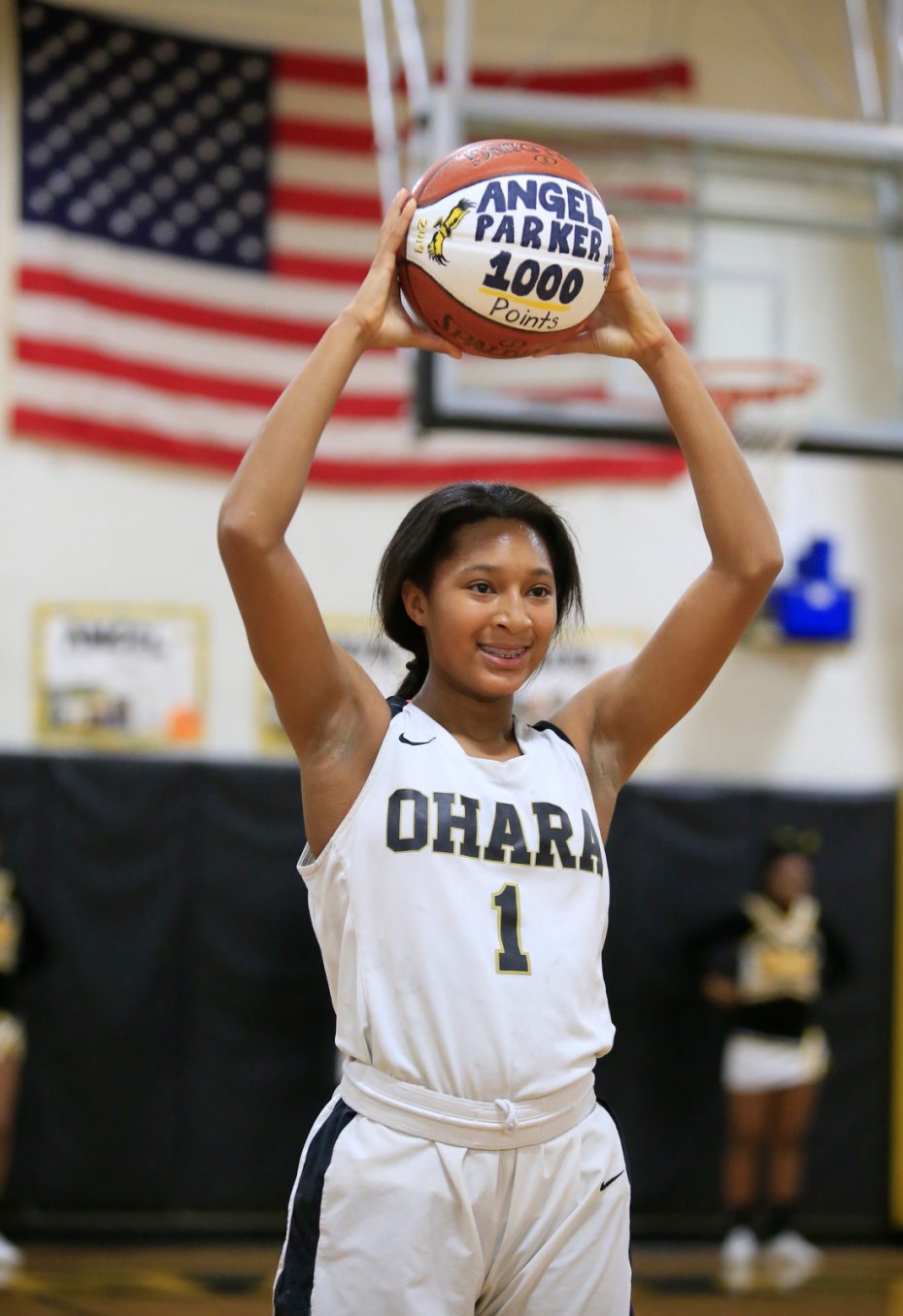 Angel Parker, last year’s Sister Maria Pares Player of the Year and a Siena College commit, scored her 1,000th career point on a drive in the first quarter Friday but battled leg camps throughout the game and finished with four points.

Robbyn Sommerville got in the senior-night spirit by scoring 17 points, 11 in a flurry late in the third quarter that gave O’Hara a 48-44 lead. Senior center Amelia Strong added 12 points. But the Hawks’ leading scorer, sophomore Aaliyah Parker, got into foul trouble and finished with seven points, 10 below her average.

“Seems like usually we make teams run out of gas, but we ran out of gas tonight,” O’Neil said. “I think all of the emotion from the senior night, all day in school, kind of wore us out. And they took advantage of it like a good team is supposed to do.”

O’Hara had won 89 in a row against Western New York opponents entering this season but has now lost to Amherst, St. Mary’s and Williamsville South – the other three teams that have hovered near the top of The News’ large school rankings all year.

“I’m proud of our kids,” O’Neil said. “I think if we play a best three-out-of-five, we can win three. But they definitely can beat us if we don’t play our best game.” 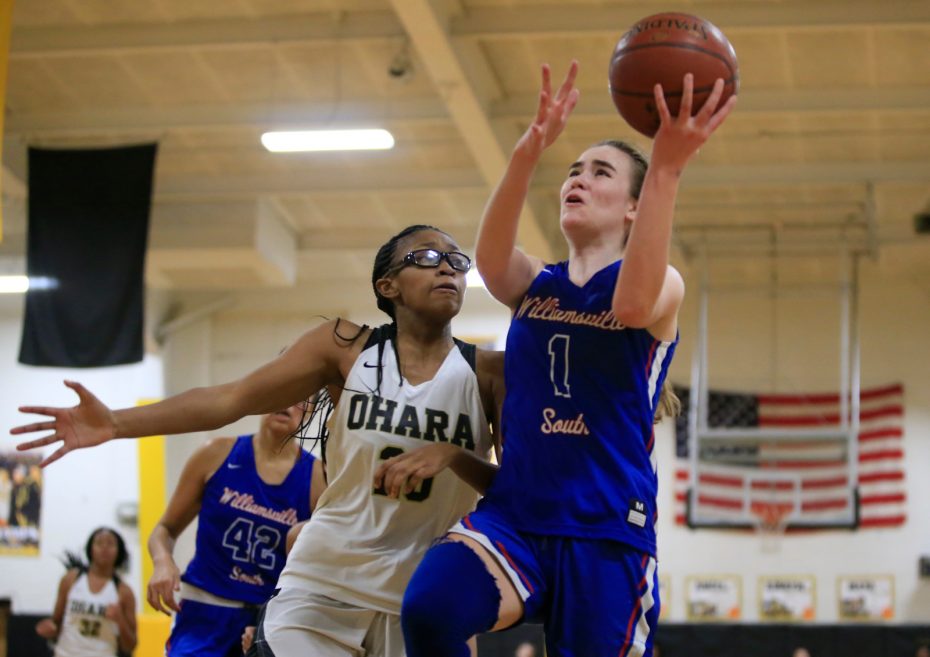 But it was DeBerry’s dominance down the stretch that made the difference.

“I just knew that I needed to be ready and get big for the team,” DeBerry said. “Coach really put it in my head that I needed to step up. And my teammates being as good as they are really help with that.”