Pay close attention to the weather forecast today. It may evolve as the day wears on. 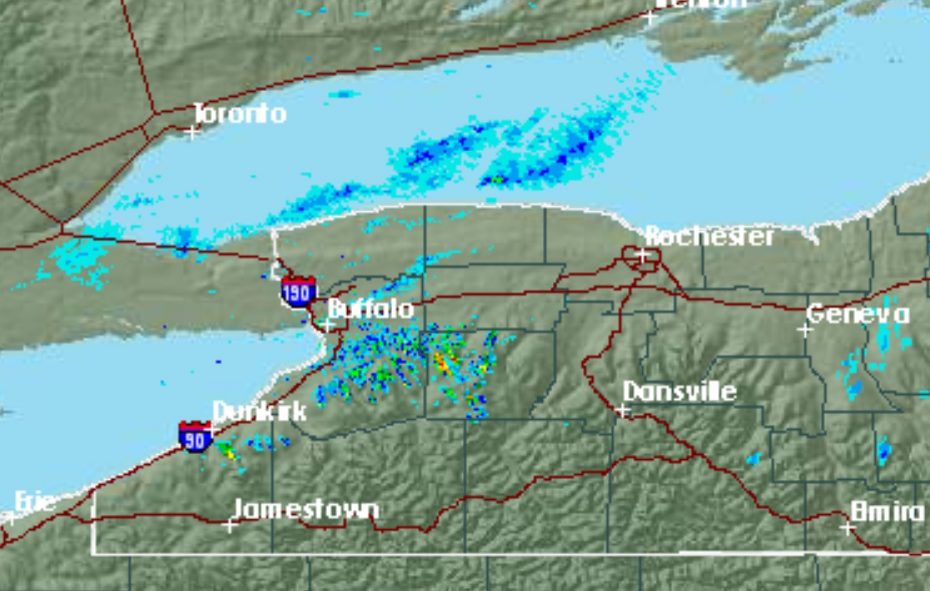 For now, forecast models suggest winds will be the biggest weather of note today.

As recently as late Thursday night, forecasters eyed chances for snow and high winds like those that created a harrowing low-visibility rush hour Wednesday. As of this morning, it appears the atmosphere won't ripen significantly to deliver any repeat performance like that one.

"Any response off Lake Erie will be severely muted," the weather service said this morning.

As of about 1:30 p.m., a pair of small lake-effect snow bands were starting to show up on Buffalo radar.

"It would seem this should eventually translate toward Niagara County, however, as the flow turns more westerly, the gaps in ice...on Lake Erie may set up a short period where they align with open water north of Long Point, Ont.," the weather service said.

It added: "A small band of snow showers seems probable to develop around northern Erie County and gradually sag southward while becoming more disorganized as it loses its open water fetch."

Wednesday squall came out of nowhere: Was forecast a bust or not?

Forecasters said a second band will probably develop farther south of Buffalo later this afternoon and into the evening. That will largely be over Chautauqua County.

"This band would be more likely to result in minimal accumulations through the evening, however, neither band appears ominous at the moment."

What's more certain is strong southwesterly winds that will build behind a passing cold front. Gusts upward of 50 mph are possible.

A wind advisory is posted through 7 p.m. Friday for Erie County along with Niagara, Orleans, Genesee and Chautauqua counties.

"Winds of this magnitude may bring down a few tree limbs and result in isolated power outages," the weather service said.

A lakeshore flood advisory was also posted for shoreline areas of Erie County and Chautauqua County where strong winds are expected to raise the water level on the eastern part of Lake Erie by up to 7 feet.

The front will drop temperatures drop from 40 degrees at dawn to the upper 20s by mid afternoon.

Rain showers during the morning are expected to switch over to snow showers by lunchtime.

Overnight lows are forecast in the low 20s. Wind chills could dip into the single digits.

Forecasts project a partly sunny weekend with highs in the upper 20s both Saturday and Sunday.

Overnight lows are forecast in the upper teens.