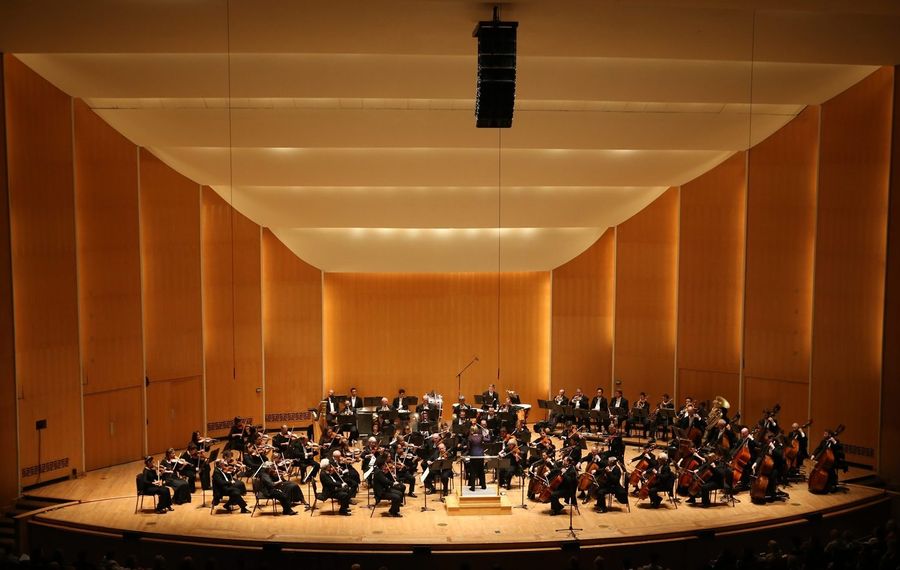 For two days, and over the stretch of two concerts, musical metaphysics reigned in Kleinhans Music Hall.

The Buffalo Philharmonic Orchestra's current program features works — Alexander Scriabin's “Poem of Ecstasy," or fourth symphony, and Gustav Holst's “The Planets” — that have their philosophical underpinnings in the spiritual worlds of theosophy and astrology.

The resulting performances, under the guidance of JoAnn Falletta, are solid and, in the case of “Ecstasy," a well-played rehearsal for the BPO’s recording project in a couple of weeks.

These were scores demanding large forces. And to fulfill those requirements, the orchestra featured an impressively sized brass and percussion battery arcing around the strings and wind sections.

The resulting interplay of shimmering strings, the subtle interplay between reeds and brass, and the diaphanous orchestration of the opening section lent an air of mystery to Scriabin’s musical concept.

Over the course of more than 20 minutes, the BPO wove those ideas into a near-seamless whole, in which phrases flowed into one another like rivers of sound. There were times when it seemed like spiritual chaos was ready to be released, only to be diverted into a new channel.

Scriabin’s symphony served as a well-chosen, albeit eccentric, companion to Holst’s astrological celebration, a celestial based superstar in the world of orchestral music.

“The Planets” was Holst’s first large-scale success as a composer. Astrology and Roman mythology provided the titles of the seven movements and the grandeur of the concept found full flower in the orchestrations. It’s a popular piece, taken as a whole or in part.

The thunder and foreboding of the opening movement (“Mars, the Bringer of War”), the grand “to and fro” of British bombast at the front end of “Venus, the Bringer of Peace” and the otherworldly vocal chorus of “Neptune, the Mystic” (provided in this instance by the Women’s Choir of Buffalo) provided sonic backdrops filled with foreboding.

Many of the movements had their cinematic moments, providing aural setup pieces for a variety of movies. But “Mars," with its strong, militaristic pulse and steadily grinding forward progress, seems to be the most-adapted selection from the whole.

BPO plays “Poem of Ecstasy" and "The Planets," coffee concert on Friday in Kleinhans Music Hall (3 Symphony Circle). The concert will be repeated at 7 p.m. Saturday, Feb. 16, with a pre-show chat and activities beginning at 7 p.m.

*Read more concert reviews by clicking on the Story Topic, below.