When Richard S. Gold agreed to join M&T Bank Corp., he did so with a condition: place him in a job in New York City.

The Long Island native had been working for Citibank in Manhattan. Gold accepted an offer from Buffalo-based M&T in 1989, putting his new MBA degree to work. He figured if M&T wasn't to his liking, he could always switch to any one of a number of other banks in New York City.

Times and perspectives change. Gold never left M&T. Many of the banks that he considered his fallback plan were merged out of existence. And Gold went to Buffalo after all, a move he is now glad he made, rising to become the bank's No. 2 executive as its president and chief operating officer.

Gold's M&T career is marked by his willingness to take on new challenges, sometimes in difficult circumstances. His performance in those jobs, along with his experience in M&T's leadership development program and some good fortune, put Gold on a path to being named to his current roles just over a year ago.

Gold, 58, was promoted to president and COO at the same time René F. Jones was named chairman and CEO, after Robert G. Wilmers died in December 2017. Jones and Gold, along with vice chairman Kevin J. Pearson, represent the bank's next generation of leaders. 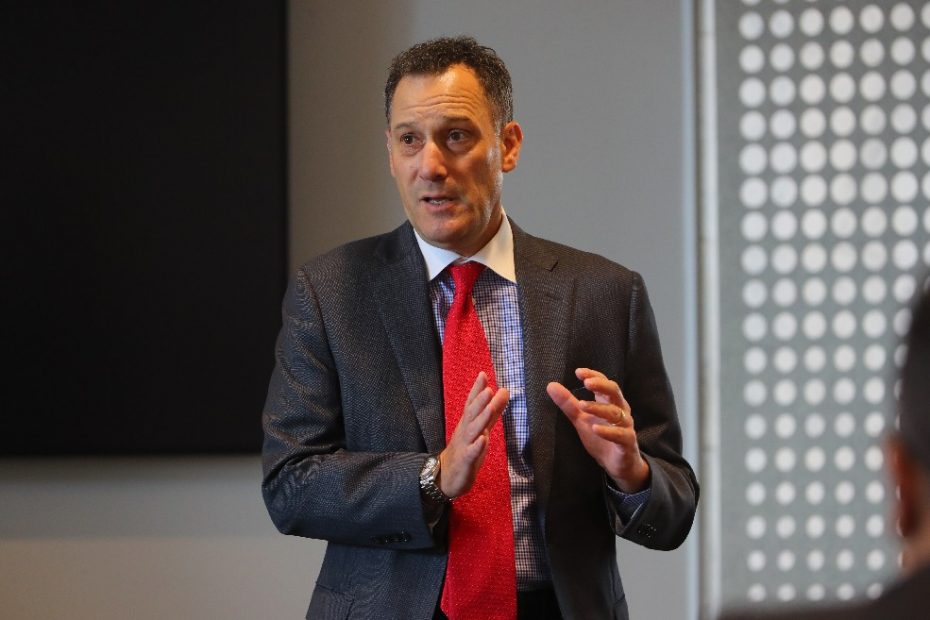 Richard S. Gold joined M&T Bank in 1989 when the bank had about 2,500 employees, compared to 17,000 across multiple states today. (John Hickey/Buffalo News)

Gold joined M&T when the bank was embarking on a wave of acquisitions, a hallmark of Wilmers' tenure as chairman and CEO. As the bank grew, opportunities were plentiful for young go-getters like Gold to make an impact.

"The organization needed anyone that had any capabilities to step up and play a role in all that," he said.

Of course, M&T was a much smaller place back when Gold came aboard. The bank had about 2,500 employees when he was hired, compared to 17,000 across multiple states today.

Another factor that helped Gold advance: He had come through M&T's Executive Associate program, which hires people with MBAs and some work experience, and gives them a wide-ranging view of the bank's operations over the course of about a year. Higher-ups at the bank took notice of the EAs, as they are known at M&T.

More than a couple of years into his tenure at M&T, Gold received an offer to move up. The person who was running M&T's retail marketing and product management – which was driving a lot of the research on the banks M&T was buying – needed to fill a position. Gold's name came up as an Executive Associate program alumnus, and for work he had done in New York City for M&T's deal for part of Goldome.

But the new job would be a significant change for him: It was in Buffalo. Gold accepted the offer, packed his car, and headed west for M&T's home base, a world away from Manhattan.

"I grew up in downstate New York, so I had to take out a map and figure out where Buffalo was, because to me, anything over the Tappan Zee Bridge was upstate New York, I didn't really give it much thought," Gold joked to a fresh class of Executive Associates last year.

Gold continued his way up the ranks of M&T. Looking back, he recalled two moments in his career that he now sees as pivotal to his growth.

One such moment came more than a decade ago. Wilmers asked Gold to take over the bank's mortgage and consumer lending business, just as the housing crisis was hitting the nation's economy.

"We were right smack in the middle of the financial crisis," Gold said. "I didn't know very much about the mortgage business and got thrown in there."

But the daunting assignment brought with it an unforeseen benefit. While Gold already had a good working relationship with Wilmers, the connection between the two would grow much stronger.

"From Jan. 1, 2008, on, he and I met once a week, minimum, every week until the day he died," Gold said. "That was an incredible, incredible privilege. I wouldn't have had that if I didn't take the risk of taking the mortgage job." 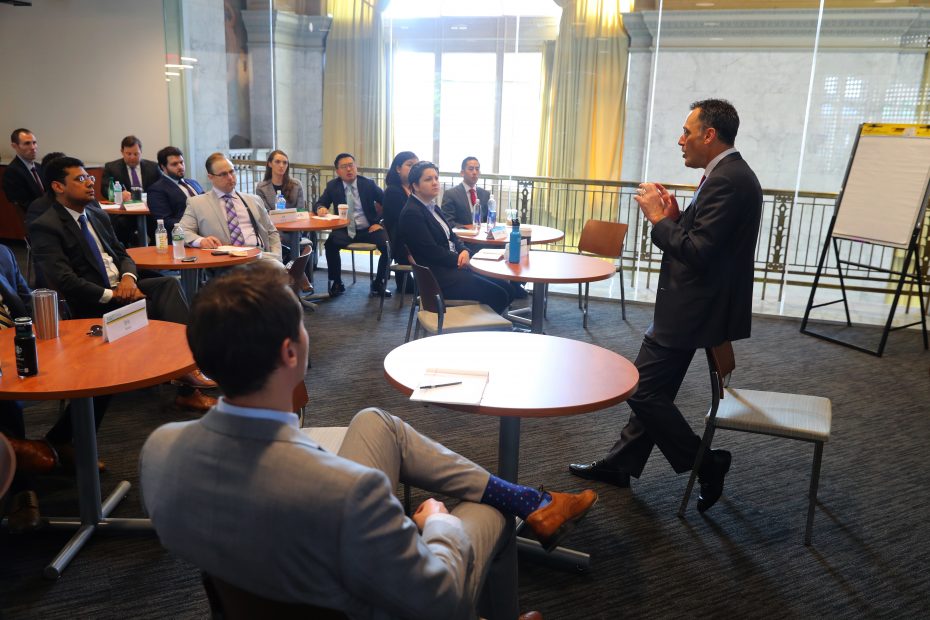 Richard S. Gold speaks to a class of Executive Associates at M&T Bank last year. Gold came up through the program, which hires people with MBAs and some work experience, and gives them a wide-ranging view of the bank's operations over the course of about a year. (John Hickey/Buffalo News)

Then, in 2014, Wilmers tapped Gold for another challenging assignment.

Federal regulators had identified deficiencies in M&T's anti-money laundering and Bank Secrecy Act safeguards. M&T's deal to acquire Hudson City Bancorp was on hold while M&T upgraded its systems to satisfy regulators. The bank faced an expensive, time-consuming project. Gold was promoted to chief risk officer to oversee that job, carrying on work begun by his predecessor, Donald Truslow.

"I knew really very little about the area, except that it was going to be really hard work," Gold said. "I decided to do it."

Gold became "deeply involved" in building the team that would strengthen M&T's systems and clear the way for M&T to finally finish the Hudson City deal, in 2015.

Just as with his mortgage business assignment, Gold discovered that serving as chief risk officer widened his horizons.

"On the outside of it, I think it positioned me way better to be in the role that I'm in today," he said. "And I learned a whole facet of how to run a sound financial institution that I only ever sort of poked at. I never really dove all the way into that role.

"So it was a big risk for me, but it seems like it's paid off, based on where I am now," he said. "I don't know that I'm here [as president and COO] if I didn't take that chance. I was able to demonstrate a capability of building a team, getting the right people, driving us forward with solutions that pass muster. That was all good stuff to demonstrate."

Gold absorbed those experiences and shares them as lessons for up-and-coming managers he speaks to. Be willing to step forward and take on a new job, even if it is outside your comfort zone, he tells them.

Gold said M&T has benefited greatly from its leadership development programs, a tradition that he said was "all Bob." Gold recalled how if anyone ever hinted at the bank taking a year off from those programs to save money, Wilmers swatted away the idea.

"The things that Bob believed strongly in, he would never compromise on," Gold said. "And it's made us his legacy: getting the right talent, commitment to the communities they serve."

Gold's work extends beyond his duties at M&T. The East Amherst resident serves on the Buffalo Seminary board of trustees, the boards of Westminster Foundation and the Buffalo Niagara Partnership, and the Consumer Bankers Association.

Gold said he has seen too many MBAs who had solid technical knowledge, but lacked the preparation to actually manage people. He offered to teach a class on the subject, and the University at Buffalo's School of Management took him up on the idea several years ago.

Gold has an outgoing style, something on display when he spoke to the class of Executive Associates. Instead of using the lectern in the room, he propped himself against the back of a chair, standing in the midst of the employees. Over the course of an hour, he addressed the class members without notes, and then answered their questions.

"When you have bestowed upon you the responsibility for other people, that's a science," he said. "You should invest yourself in that just like you did corporate finance. It's a lifelong sort of journey in terms of perfecting your journey and bringing out the best in other people. It's a crucial element of leadership, in my estimation."