Mark Schmidt is on the verge of breaking a 46-year-old record at St. Bonaventure.

Of course, the college basketball world is far different than it was 46 years ago. Bob Lanier would not be going to Bona if he came out of Buffalo today.

Schmidt, 56, took over a disaster of a program in 2007. His teams have won 20 games in four of the last seven years. They have made the NCAA Tournament twice (in 2012 and 2018), and they should have made it in 2016, when they were robbed by the NCAA selection committee.

Schmidt goes for win No. 203 against George Mason at 2 p.m. Sunday at the Reilly Center. The News spoke with Schmidt on Friday about his Bona career.

Q: What does it mean to you to break Weise’s record, whenever it happens?

Schmidt: It’s humbling. But it’s not all about me. When coaches say they have so many wins, it’s the players who win the games. As a coach, your job is to put them in situations where they can be successful. I’ve been really lucky to have Andrew Nicholson and Jaylen Adams and all of them. Those are the guys that win the games. I think Larry would say the same thing. He had Bob Lanier. You get a good staff and a good administration and good boosters. I’ve been really lucky.

Q: After 202 wins, do you ever have to buy a drink in Cattaraugus County?

Schmidt: Yeah, I do ... once in awhile. They treat me and my family really well. We really like it here. You never know when you go to a different part of the country what it’s going to be like. But we made a family decision 12 years ago, and it was a terrific decision. 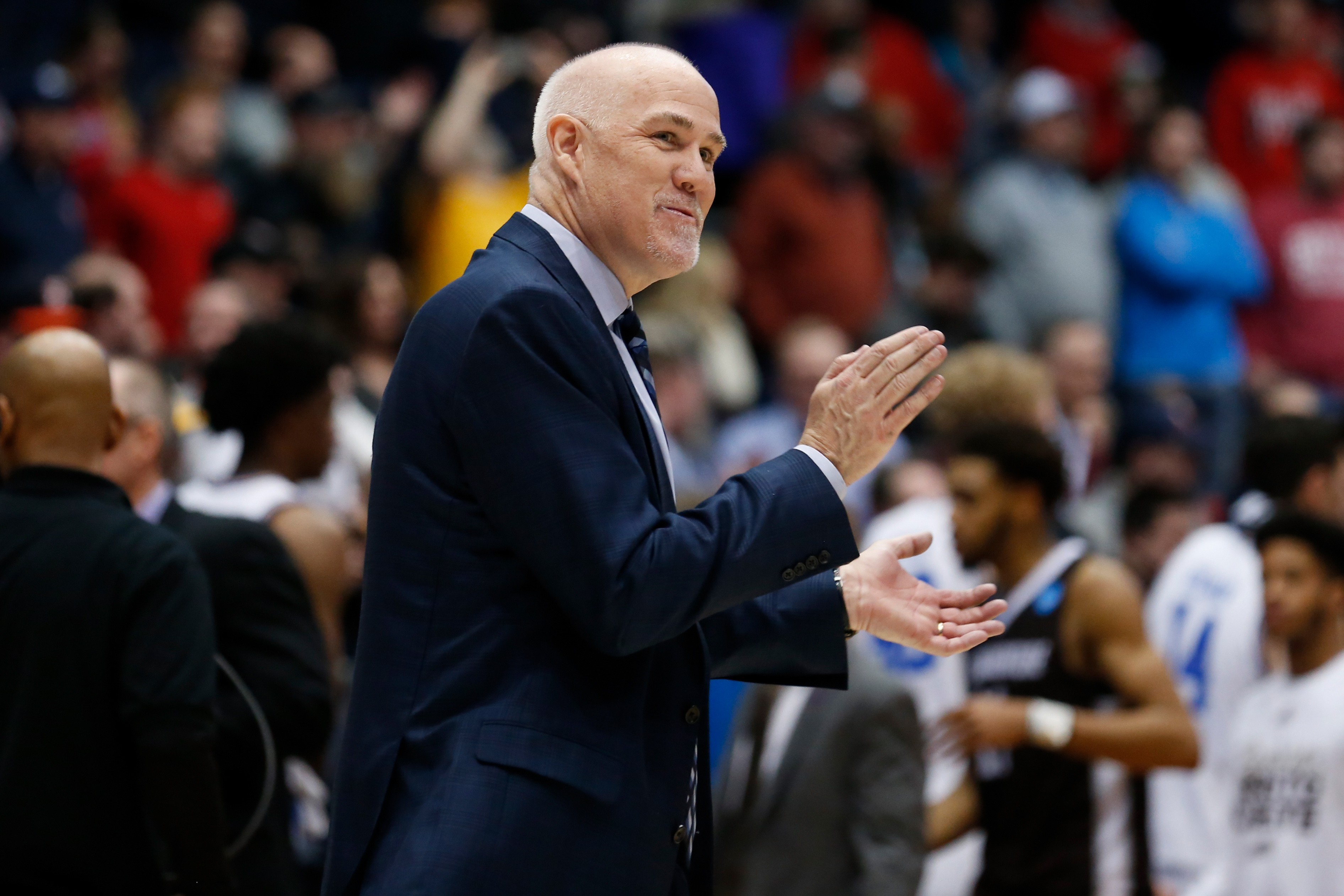 Q: Let’s talk about your relationship with Bona’s fanatical fan base. What do you think about the way the Bona community embraces the underdog role?

Schmidt: When I was an assistant at Xavier, Bonaventure was not very good. Every time we came up here, the place was packed. It was great excitement. ... I knew that basketball was very important. I just had no idea it was this important. I remember speaking at a luncheon in Buffalo, and this elderly lady stood up and said, ‘Coach, the winters for the last four years have been really, really long.’ Because basketball wasn’t going well. And I’m like, ‘Whoa.’ I really haven’t figured it out. The school, what do we have 27,000 alums? Everybody knows each other. I’ve never talked to one person who didn’t have a good experience at Bonaventure. There’s so much pride.”

Q: In recruiting, do you ever say it’s smallest enrollment school in Division I?

Schmidt: No. I think it’s the third now. We sell the tradition and all that stuff.

Schmidt: I use an analogy. If I’m at the airport and I see someone who tells me they’re a 1985 graduate of Boston College, I’d shake his hand, but I wouldn’t even know him. If it’s Bonaventure people and they say there’s a Bona guy down at Gate 3, they’d go meet at Gate 2 and wrestle. It’s like a cult, but in a positive sense. They stick together. I don’t know about the inferiority complex, but I know there’s great pride. There might be an inferiority complex as it relates to Syracuse, where the alums don’t feel they get the respect they think they deserve.

Q: Speaking of that, there were plenty of Bona fans who had tears in their eyes at the end of the game in the dome last year when you beat Syracuse. For a regular-season game. Did you save anything from that game, and are you surprised sometimes by the way fans react to you?

Schmidt: We have a ball here from that game in the office. ... I was on a beach in Nantucket five years ago. The family is sitting there. This husband and wife walk by. And you know how you can tell someone’s looking at you but they’re unsure if it’s him or not? They walk by then maybe after 20 feet they turn around. ‘Coach Schmidt?’ For it being such a small school, everywhere you go, it doesn’t seem to matter where, there’s a Bonaventure alum and they’re proud. I get that a lot.

Q: In 2014, you interviewed with your alma mater, Boston College. They had somebody else in mind all along. Do you ever stop and think how lucky you are that you might have missed this great run the last five years?

Schmidt: You never know what’s going to happen tomorrow. When opportunities come along, you look at ‘em and so forth. Even when I took the job here, you just never know what’s going to happen. I was passed on that job. Now you look back at it, and thank God I was. We wouldn’t have had the success we’ve had here, and you and I wouldn’t be talking right now. Sometimes when things don’t happen, they happen for a reason, and they happen for the right reason. 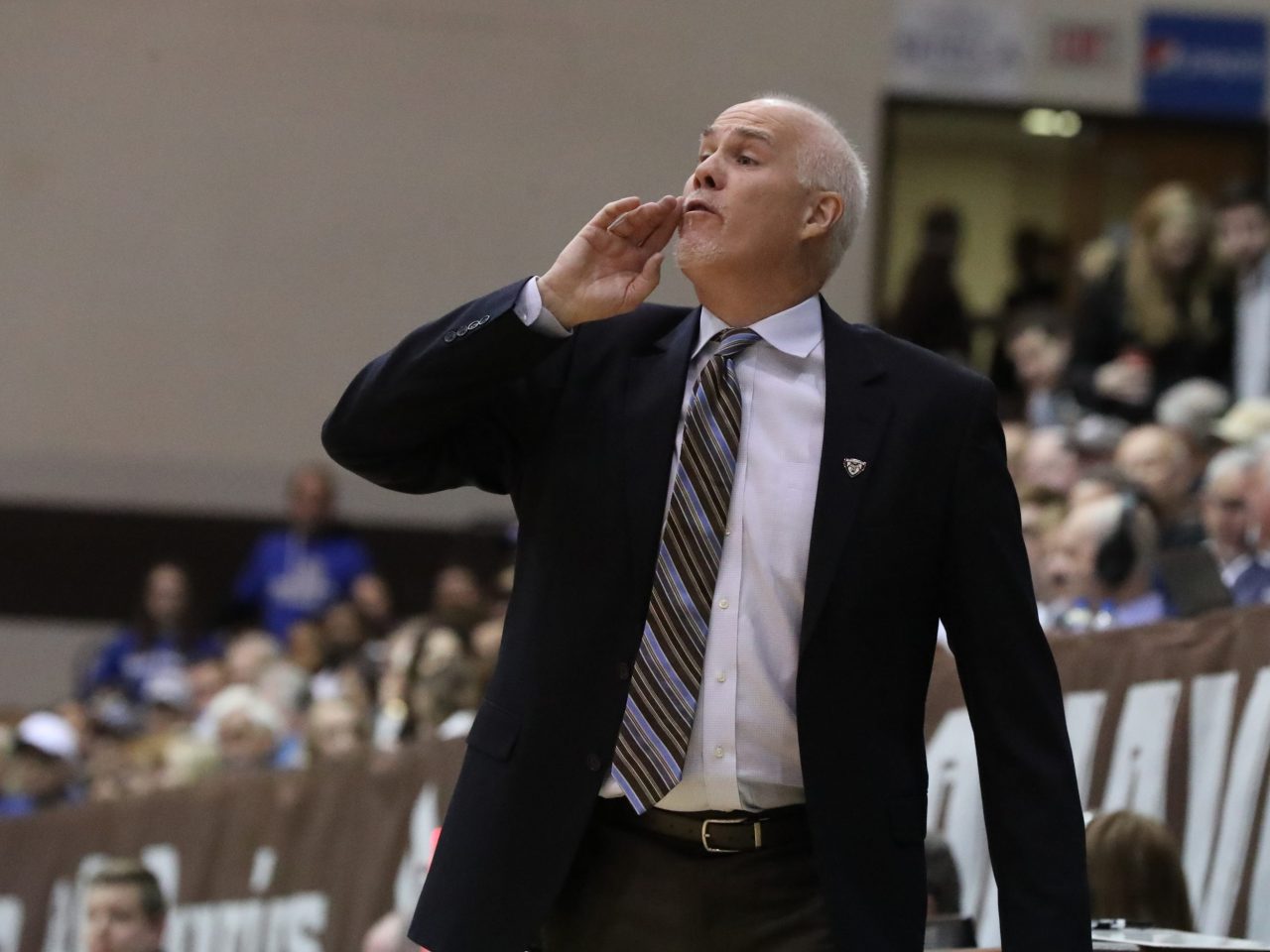 Q: A lot of coaches recruit guys with potential who never put it all together. You’ve had great success developing players. Youssou Ndoye, Dion Wright, LaDarien Griffin, etc., etc. How do you do it?

Schmidt: You throw that onto my staff. They do a good job. Here at Bonaventure, you have to be a good evaluator. You’re not going to walk into a gym and say who’s the best player? You have to get the second, third, fourth guy. So the evaluation is really important. My guys have done a good job of seeing guys with tremendous upside who also have a really good work ethic, who love to play. ... Dion Wright. As a freshman, people were saying what the heck did they recruit him for? Even LaDarien Griffin averaged two points a game as a freshman. But those kids had a great passion for the game. We’ve had to do it differently than other teams in the Atlantic 10, but it doesn’t mean you can’t do it.

Q: That 5 x 7 card in your sport coat pocket you’re always pulling out; is it a card? A folded paper? What exactly is on it?

Schmidt: It’s like cardboard. Matt Pappano (basketball operations director) makes it. It’s just reminders. All the offensive sets that we want to run in different situations. Like if we want to get the ball inside to so and so, here are the plays. If we want to get a jump shot for so and so, here are the plays. It’s like an offensive coordinator’s sheet in the NFL. It’s situations. Some reminders. Out of bounds plays. It’s the game plan, in essence. It’s the sets were gonna run offensive and defensively. I’ve lost that card a couple times, during the game. It slips out of my pocket and goes underneath the bench. It’s my security blanket.

Q: As a Massachusetts native and a Patriots fan, what do you most admire about Bill Belichick?

Schmidt: Consistency. It’s amazing he can be this consistent in this modern day of football with the salary cap and changes every year. It’s amazing he has the motivation to do it every single year when people are trying to knock him off the mountain every day. To me, he’s the best because he can do it every year with different players.

Q: In 2015, you adopted the motto “say less” on your practice shirts. Did that have anything to do with the fact Belichick and Tom Brady like to say "well done is better than well said?"

Q: The future looks bright. Kyle Lofton is averaging 14 points. Osun Osunniyi is your leading rebounder. Dom Welch is playing 26 minutes a game. Has this freshman class exceeded your expectations?

Schmidt: Yes. We knew coming in that Kyle was going to be a good player. But it’s hard to envision him coming in and playing 38 minutes a game. You just don’t know if he’s going to adjust to college basketball because he’s the quarterback. His feel and understanding of the game is really good. Osun is weak in terms of his body. But he’s got all the tools. We run a lot different things, and he understands. Both those guys don’t get overwhelmed. Dom is a little behind those guys because he got hurt. But he’s coming along. He’s where we thought he’d be. All those three are going to be good players for us.