Iskalo Development Co. has completed its purchase of a Williamsville office building next to an 1850s-era brewery that it bought last year, reunifying two properties that share a parking lot.

The developer paid $810,000 to buy the building at 26 West Spring St. in the village from Walter A. Kammer, owner of engineering firm Scipar, which occupies the two-story brown brick building.

Located one block north of Main Street, and west of the St. Peter and Paul Catholic Church, the 11,234-square-foot building sits on 0.45 acres, and includes both the original structure erected in 1976 and two additions. Scipar will remain in the building as a tenant.

The purchase adds to Iskalo's holdings in the village, where it has acquired properties for years all along Main and the side roads, most recently on Spring and Glen Avenue. It purchased the 18,000-square-foot former Williamsville Co-Op Brewing Association building at 34 West Spring last October after the village failed to win a $10 million state grant it had sought to revive the historic beer business into a microbrewery, food co-op and artists' workshop.

The $700,000 purchase from International Chimney Corp. included a strip of land at 42 West Spring and a home at 115 Glen that remains occupied, and Iskalo also bought a home at 109 Glen that it plans to rent out. But Iskalo Executive Vice President David Chiazza said the firm doesn't yet have plans for the brewery or other properties.

Separately, Iskalo also paid $2.332 million to buy out the estate of a former partner in the Union Business Center, located at 3223-3268 Union Road.

Constructed in 1987, the 76,000-square-foot retail and light-industrial complex is located at Broadway, near Walden Avenue, and provides warehouse and showroom space for distributors, manufacturers, assemblers and wholesalers. Two spaces totaling 15,000 square feet are currently vacant. 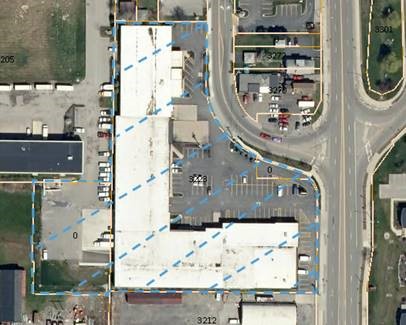 An aerial image of the Union Business Center at Union Road and Broadway in Cheektowaga. (Provided by Iskalo Development Co.)