And for several members of the Families of Continental Flight 3407, those ongoing disasters serve as a call to work. On occasion over the past several years, they have dropped everything and rushed to respond to someone else's disaster — all to try to help alleviate they sort of suffering they know too well.

They serve as volunteers for the Family Assistance Foundation, an Atlanta-based nonprofit that offers help to those going through the worst of times. People who have lost loved ones to train crashes, mass shootings and even suicide can get help from the foundation, which also provides training to companies and other institutions that might have to cope with a disaster someday.

Flight 3407 family members have both responded to other disasters and offered insights at conferences around the country.

And they do it, they said, because the suffering they lived through when their loved ones died left them wanting to help others coping with sudden loss.

"We did this because we know what it's like," said Tina Siniscalco of West Seneca, whose sister, Mary Julia Abraham, died in the Feb. 12, 2009, crash of Continental Connection Flight 3407 in Clarence. 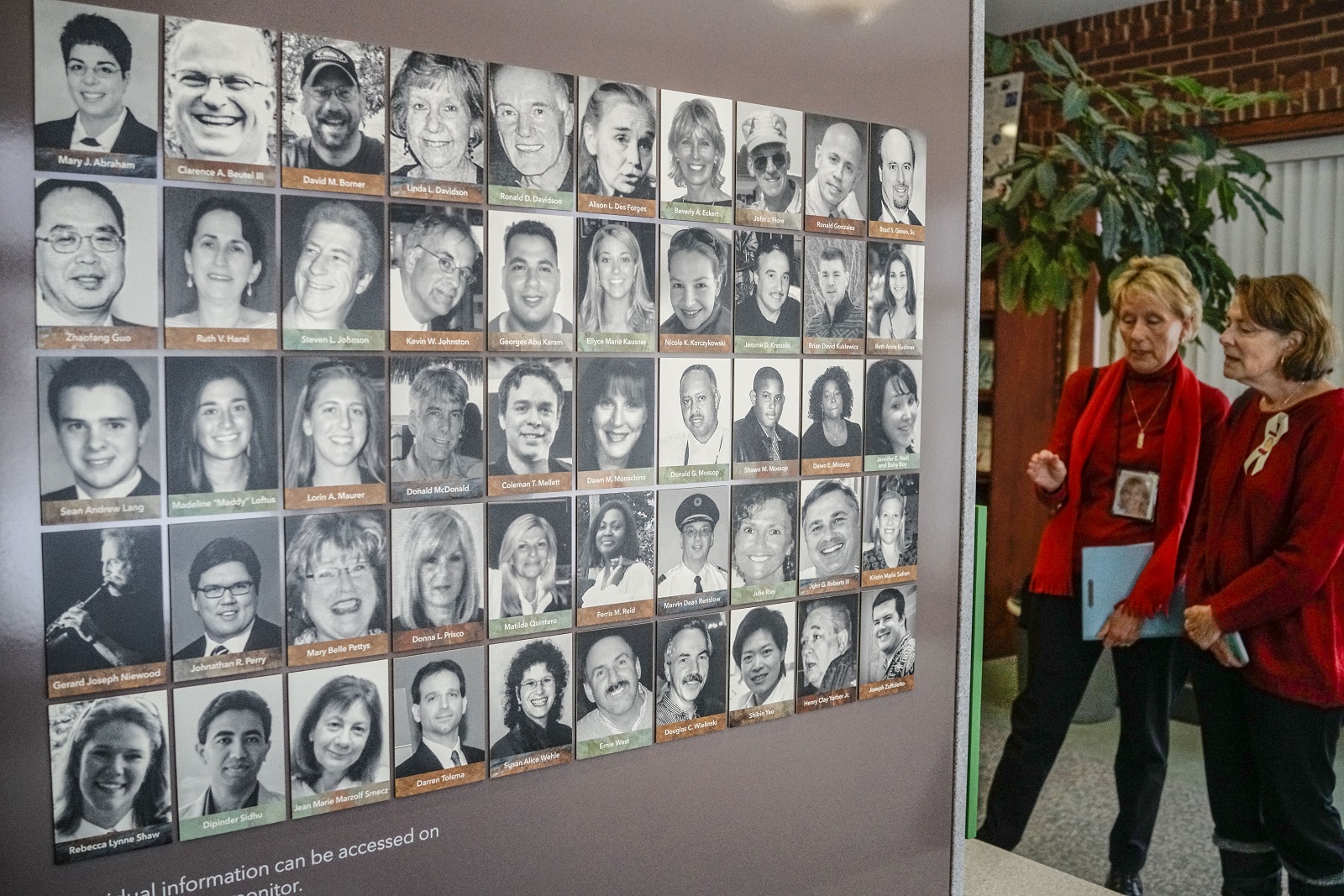 Photographs of all 50 victims adorn one side of the Flight 3407 Memorial at the Clarence Public Library, which was rededicated during a ceremony Tuesday. (Derek Gee/Buffalo News)

Siniscalco teams with Kathy Johnston of East Amherst, whose husband, Kevin, died in the crash. And together, they've responded to several crisis situations.

For example, they flew to the Sacramento, Calif., area a few years ago to help the parents of a pilot who had committed suicide. The pilot left behind a wife and a mother he had been especially close with, and initially she didn't want two strangers helping her. But eventually she gave in, and allowed Siniscalco and Johnston to help with with routine chores such as cleaning and picking people up at the airport.

"We never tell people our story," Sinisalco said — but one day, the woman asked why Sinisalco and Johnston would fly across the country to help total strangers.

They then told the woman about Flight 3407 — and she noted that her son had warned her against flying regional airlines like Colgan Air, the contractor that operated that doomed flight on behalf of Continental.

Aviation safety in the U.S. is the legacy of Flight 3407

Instantly they bonded. Johnston and Siniscalco helped the woman through her grief, and the woman was so grateful that she kept in touch with the two Flight 3407 family members afterwards.

Johnston and Siniscalco also responded to a commuter train crash in New Jersey, where one person died in 2016, and the 2017 mass shooting that claimed five lives at the Fort Lauderdale, Fla., airport. In those situations, though, they didn't counsel survivors directly. Instead, they helped coordinate the Family Assistance Foundation's aid.

The Flight 3407 family members are part of a national network of volunteers who do whatever is needed in such situations, said Carolyn Coarsey, executive director of the Family Assistance Foundation.

"All are trained to provide the kind of support people need," said Coarsey,  a psychologist who lost her fiancé in a 1985 Delta Airlines crash and who has been helping survivors of tragedy cope for more than 30 years.

Coarsey said she greatly respects the Flight 3407 family members who volunteer for her organization because they've shown, through working for aviation safety but also working to help others individually, that they work from both the head and the heart.

"They've been able to go on, learn from their experiences and use their energy to create a safer world," she said. 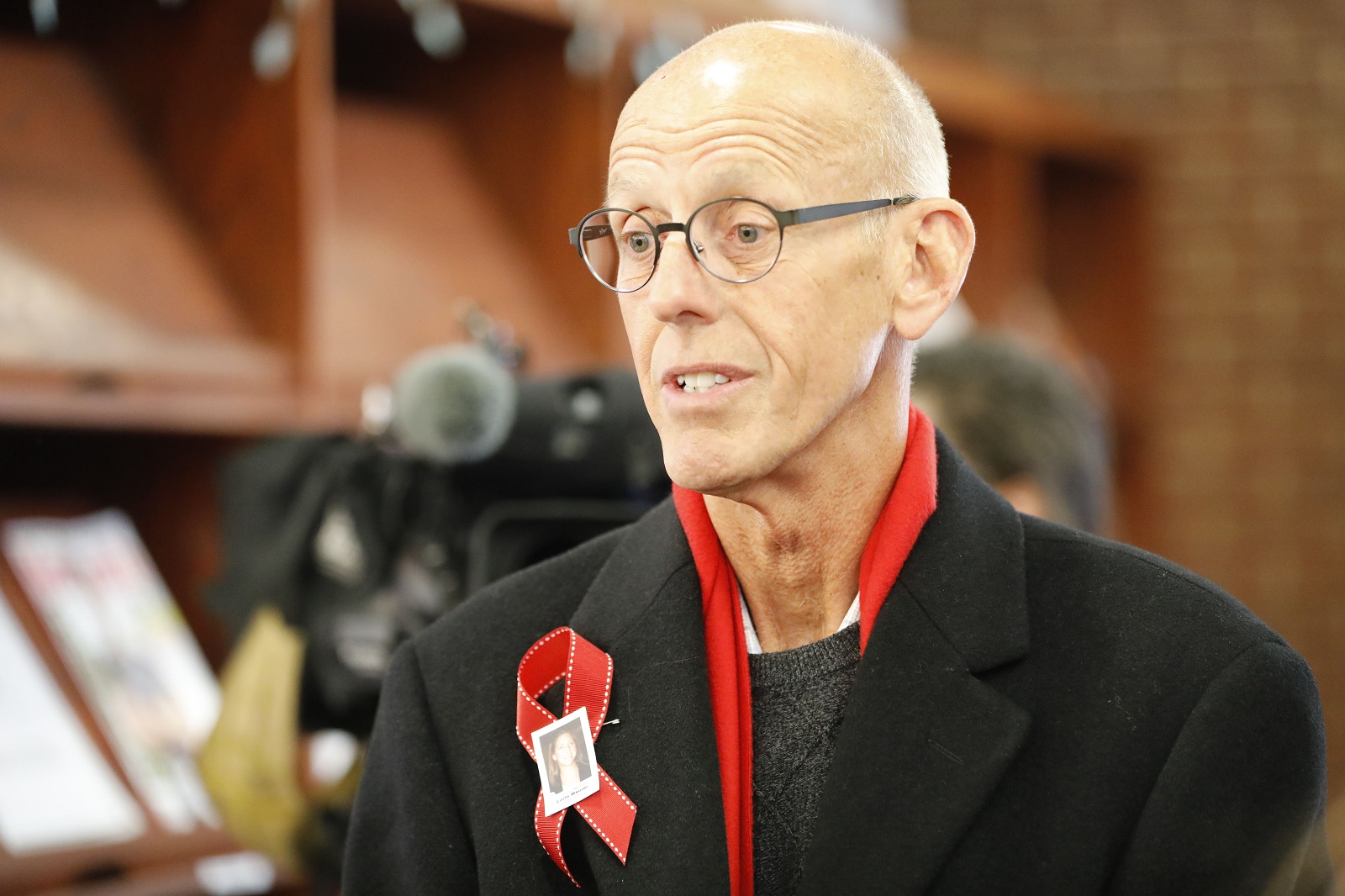 Plenty of Flight 3407 family members have poured themselves into charitable activities, and many, including the families of the late Doug Wielinski and Beth Kushner, have established scholarships in honor of their loved ones.

A scholarship honors the late Lorin Maurer, too, but her parents, Scott and Terry Maurer, didn't stop there. They also volunteer for the Family Assistance Foundation, and Scott Maurer serves on the board.

"You're there to help the family, no matter what it is they need," Terry Maurer said.

The Maurers, who now live in Bradenton, Fla., have also appeared in training videos for the Family Assistance Foundation, and, like Johnston and Siniscalco, have spoken at several of its training events around the country.

Karen Eckert of Williamsville, who lost her sister, Beverly Eckert, in the crash, has spoken at the foundation's training events as well. There, companies that may have to cope with a disaster someday learn from those who have survived one about how to deal with grieving families.

"I just tell them about how it was for us," Eckert said. "You just open your heart and tell your story."

Offering a helping hand can do a lot of good for others who have lost loved ones, Scott Maurer said.

"We know what the pain is, and especially those first days and weeks are really really tough," Maurer said. "So to help someone get through it is really important. And probably the most important thing is that when we're helping people, we're a physical presence that they can get through it — because we did."