Douglas Jemal, the Washington-based owner of One Seneca Tower, has agreed to purchase the former Buffalo police headquarters at Franklin and Court streets, which he will then convert into apartments, Mayor Byron W. Brown will announce Friday during his annual State of the City speech.

Jemal, owner of Douglas Development Corp., will pay the asking price of $3.05 million for the building at 74 Franklin. The sale was expected to be filed with the Common Council on Thursday, Brown said in advance, noting that "many" buyers were interested in purchasing the property.

The mayor also was slated to announce a number of new initiatives Friday, including two community policing programs.

Jemal confirmed the purchase of the former police building Thursday and said he plans to spend $30 million more to renovate the facility into 175 market-rate apartments, with a mixture of studios, one-bedroom and two-bedroom units. About 10 percent of the apartments will be set at rents affordable for those earning 80 percent of the area median income.

The courtyard area, where cars enter in the rear, will be used as the main entrance, and Jemal said he wanted to name the four corners of the building after "notorious gangsters."

The building, which will be called The Police, will feature "tons of amenities," including fire pits, a gym or fitness center, a recreation area and bicycle storage or parking, as well as "a hang-out area," Jemal said. The former holding cells will be converted into some of the amenity space, he added, joking that "if you don't pay your rent, that's where you're going to go."

Jemal said his plans fit with the mayor's goal of creating a "living and working downtown," noting the building's location and proximity to Canalside.

"We should have a 24-hour city," he said. "It should be like every other urban, revitalized city today." 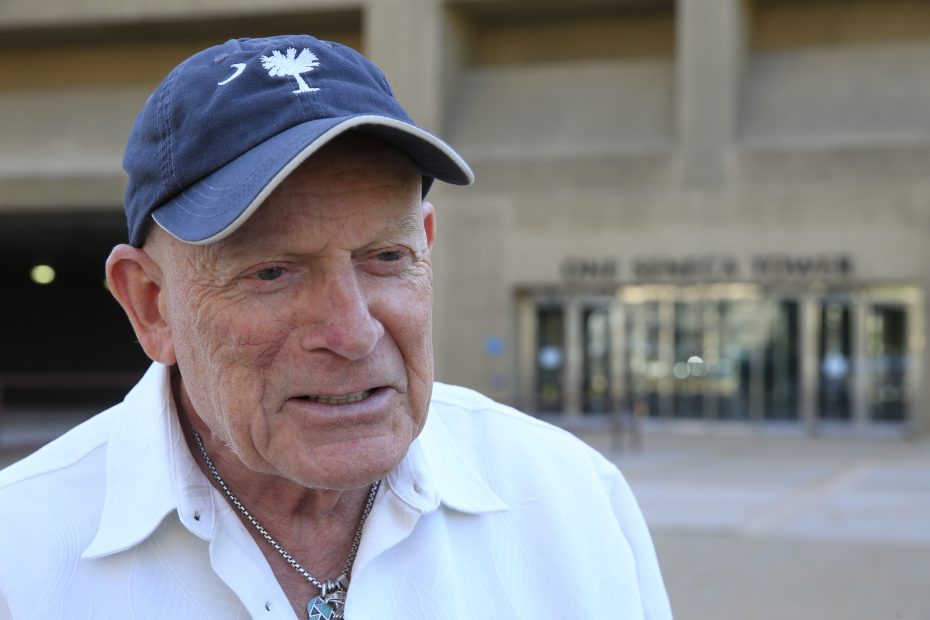 This is Jemal's fourth real estate purchase in Buffalo, after the veteran developer first set roots in the city with his $12.6 million acquisition of the 38-story tower, Buffalo's tallest building. He has since launched a $120 million redevelopment effort that is now entering its third phase, with new apartments, retail stores and now office space on the plaza and lower levels of the 1.2-million-square-foot complex.

"Buffalo’s time has come, and everyone’s very excited about it," Jemal said. "Everyone’s excited by what we’re doing at Seneca One."

During his address Friday, Brown is also expected to announce that the city will launch PACT — Police and Community Together — which aims to foster better understanding and communication between residents and police, the mayor said.

And the city has negotiated a Community Benefits Agreement with Flora California Prime to provide resources to fund additional community policing initiatives and implement best practices for strengthening the relationship between community and police, Brown said.

Flora, a cannabis health and wellness manufacturing company, plans to open a complex on 47 acres of land at several sites on Ship Canal Parkway and Laborers Way that would include 1.25 million square feet for cultivation, production and research. That would include an extraction laboratory to take the oil out of the plant and produce balms, creams, pills, transdermal patches and other products.

$200 million pot farm could be coming to Buffalo's waterfront

Brown also was expected to:

• Announce that Gigi's restaurant will reopen Feb. 25 at the Northland Workforce Training Center.

• Unveil a new $760,000 fire rescue vehicle in conjunction with Brown's efforts to modernize the Buffalo fire fleet. "Since I have been mayor, we've completely replaced the fleet at a cost of over $18 million," Brown said.

• Announce a new initiative called the ROLL program, which stands for Replace Old Lead Lines and is modeled after a successful program in Pittsburgh, Brown said. "We are told by the state Department of Housing and Community Renewal that Buffalo has some of the oldest underground water lines in the entire state, many of which are lead. This program will replace lead lines that are broken or damaged in order to prevent lead from infiltrating a home's water system," he said.

• Recognize individuals and organizations for making significant contributions to the city, such as Jody Lomeo, president and chief executive officer at Kaleida Health, for contributions to transform the city's Management Information Systems department, including the donation of hundreds of tablets for city departments and community centers.

The mayor's State of the City speech was scheduled to begin at about 12:40 p.m. at the Buffalo Niagara Convention Center. Doors open at 11:30 a.m. for the event, which is expected to post record attendance of 1,900.

"The record numbers show there is tremendous community interest in the growth, progress and development that's taking place in the city," Brown said.