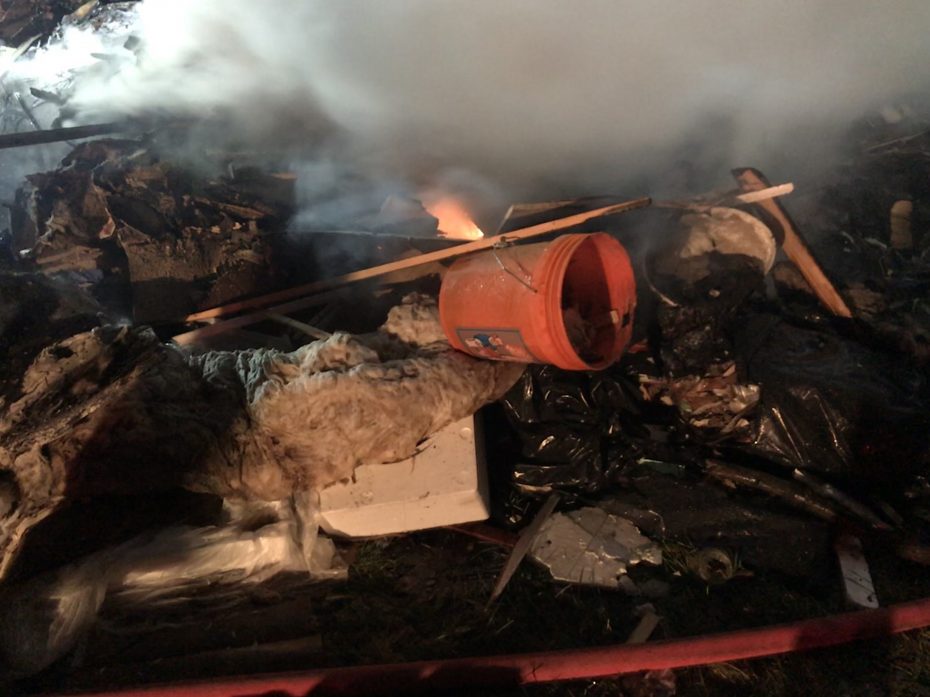 Wood, plastics and other construction debris were among the items being burned in Middleport. (DEC image)

A Niagara County man who allegedly brought construction refuse from Buffalo and set it on fire in Middleport last week was cited by the state Department of Environmental Conservation.

Paul Kader, 30, was charged with unlawful disposal of solid waste and open burning of garbage.

Authorities said Kader responded to a Facebook ad and was paid $200 to get rid of the trash. Kader allegedly brought it to a Middleport property and burned it.

Middleport Police, the Hartland Fire Company and DEC Officer Josh Wolgast responded to a 911 call of a large pile of garbage burning just after 10 p.m. Feb. 5.  Authorities said the trash consisted of construction and demolition debris.