Both Italian immigrants living in Niagara County, the men became friends. Their families got to know each other. Their sons grew into fathers themselves, raising children and building successful careers.

Renzi was director of digital strategy at Crowley Webb, one of Buffalo’s biggest advertising agencies. Raimondi had taken over his dad’s place, offering his own cuisine, defined by understated finesse, at the simply renamed Carmelo’s Restaurant.

Then at midlife, they both wondered if there was something more. Instead of buying red sports cars, they made a television show, about porchetta, and polenta, and creampuffs – but also about family ties, growing and cooking food, and all the ways those things nourish people.

Made on a shoestring, drawing on Renzi’s professional connections, the 27-minute show is designed to draw attention to Carmelo’s as it serves as a proof-of-concept for a new kind of marketing, Renzi said. Anyone can watch it here.

“I resigned a couple months ago from a job that I loved, and a boss I loved working for, because I got to a point in my life where I said, ‘I’ve done this for 22 years, I feel like there’s something more,’” Renzi said.

In his 25-year career as a chef, Raimondi has done his share of public presentations, in cooking demonstrations and Nickel City Chef competitions, but he remains firmly on the introvert end of the chef scale. He compares himself to Primo from “Big Night,” a character who prefers to peek from the kitchen door while others present the restaurant and his work to the public.

Getting in front of a camera to act was “like putting another window in the box,” Raimondi said. “I was nervous as could be, completely out of my comfort zone. The kitchen is my comfort zone. With everything around me, I could close my eyes, and I know where everything is.”

With Renzi guiding him, Raimondi decided to take the plunge anyway. “After every shoot, it was like, ‘I just did something different!’ I was kind of proud of myself.”

The story centers around characters based on both men. Marco is a Hollywood producer back in Lewiston with his family for the winter holidays, to visit his mother. He urges chef-owner Carmelo to move his talents to Los Angeles. While Carmelo isn’t keen on that idea, he does feel there needs to be more in his life than cooking at a stove.

Marco talks him into trying to develop a cooking show that highlights his farm-to-table restaurant’s connections to the community it feeds.

They meet the person raising the pig to become porchetta, the classic Italian pork roast of belly rolled around more pork and spices. There’s dickering with a farmer over a basket of potatoes, and tasting local wine for the restaurant’s list at a nearby wine shop. Secondary characters add spice and a dash of mystery to the proceedings, which build to a satisfying climax. 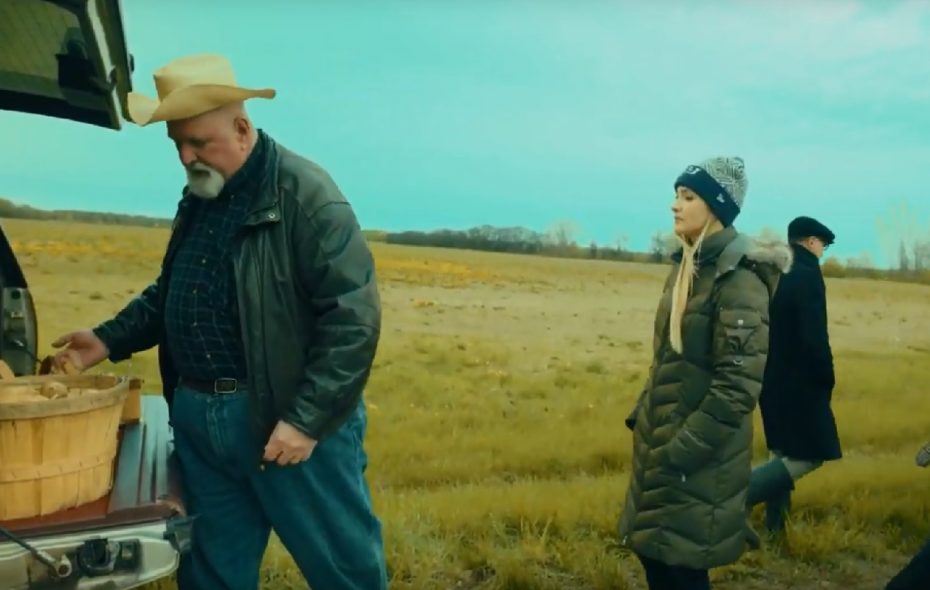 A screen grab from "Carmelo's The Show."

By the time they’re settling around a table for a meal, you may wish to know that Carmelo’s Restaurant is located at 425 Center St. in Lewiston, and its phone number is 754-2311.

If you do, Renzi’s idea is working, despite some rough edges.

“I just had the story, and I had these relationships with all these people,” Renzi said. “I told them from the beginning, ‘I’m doing this to promote Carmelo’s Restaurant. There might be a future after, there may not be a future in it, but you can use this as a portfolio piece.’”

The producers hope to interest Netflix or HBO in the show, but acknowledge that’s a long shot. They may keep the show going in a briefer web episode format, five minutes or less. Featuring other local chefs and restaurants are more possibilities. Or maybe they’ll think of something else.

For Renzi and Raimondi, the show has already succeeded. For two preview nights at Carmelo's, the room was packed with friends, family, longtime customers, and newly interested eaters, who got a chance to eat Carmelo's food and meet the chef himself. They got Primo to come out of the kitchen.

The marketer following his own muse has made something new with potential, and the lifelong chef has found something interesting outside his kitchen door. “Food is a universal language,” Renzi said. “You can come from opposite ends of the universe –”

“– and go out to eat together,” Raimondi finishes, sharing the sort of laughter that could only be better with a plate of pasta between them. 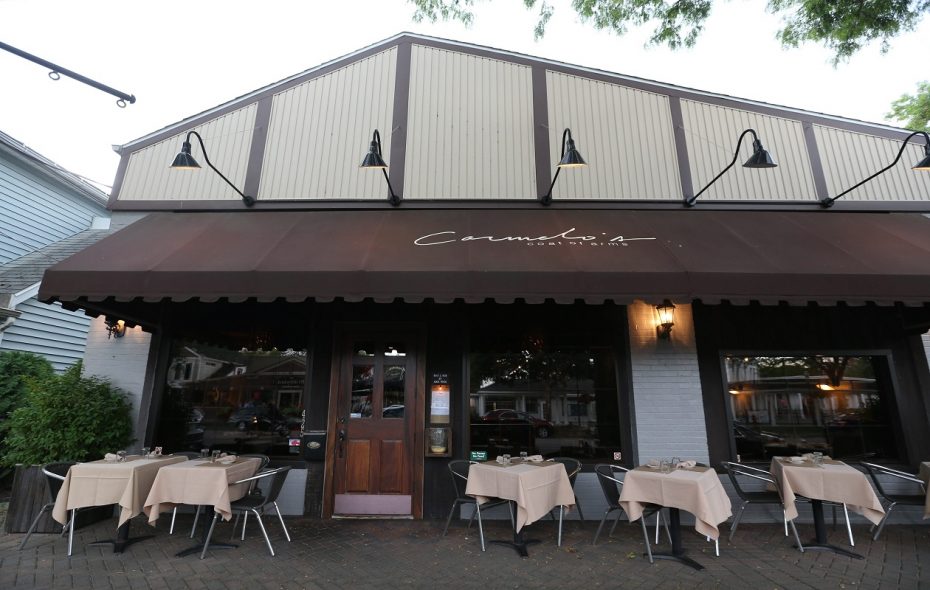