If Bailey Crouse had chosen to compete for a berth in the NYSPHSAA wrestling championships, she would have faced a challenging path.

The Tonawanda senior would have had to do what every other wrestler in the state must do to get to Albany: win your weight class at sectionals or earn an at-large bid to earn a berth in the state championships.

She would have had to wrestle against boys to earn a berth in the state championships, as girls wrestling is not an NYSPSHAA-sanctioned sport. But in January, she and other girls who wrestle in Western New York found out that they had another opportunity to compete for a championship.

Section VI will host a girls wrestling invitational tournament at 10:30 a.m. Saturday at Niagara County Community College in Sanborn. While it is not a NYSPHSAA-sanctioned event, the meet will include at least 50 girls who will wrestle across 15 weight classes.

“For us, it gives us the opportunity to showcase what we’ve learned and the work we’ve put in, against people who match our strength,” said Crouse, a senior who will wrestle in the 138-pound weight class. “Not that we get outmuscled, but this gives us an opportunity to earn what we have worked for.”

Niagara Wheatfield will have five girls compete Saturday in the Section VI championship: Rhylee Jung at 115, Kylah Holka at 120, Tristan Davis at 126, Kendra Cheers at 145 and Samantha Pietrzykowski at 152.

“As soon as we found out this tournament was going on, we all said, ‘let’s get this done, let’s get this set,’ ” said Cheers, who has wrestled competitively for five years.

“When I first wrestled, I competed against boys. I didn’t know girls were even allowed to wrestle. I just thought they had to wrestle on a boys team.” 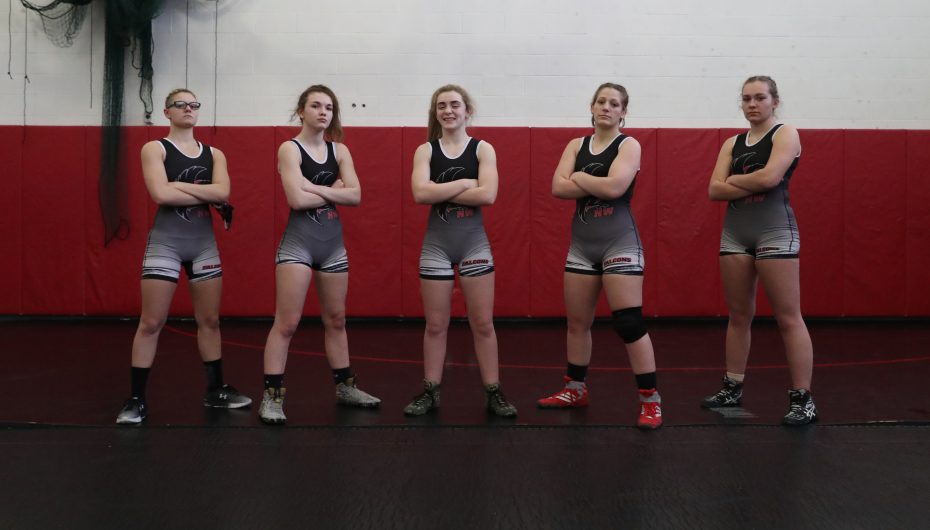 There are no female wrestlers expected to compete in the NYSPHSAA individual wrestling championships Feb. 22-23 in Albany.

NYSPHSAA director of communications Chris Watson said in an email to the News that girls who compete on a boys team as part of the mixed competition rule can either participate in Saturday’s girls championships, or in the NYSPHSAA championship against boys, but not in both tournaments.

Some 16,562 girls at 2,351 schools competed nationwide in wrestling during the 2017-18 school year, according to an annual participation survey released in September of 2018 by the National Federation of State High School Associations.

Yet that same participation survey stated only 87 girls competed in wrestling in New York, and girls wrestling is not sanctioned by the NYSPHSAA.

“If there were high school teams that gave girls the opportunity to wrestle against other girls, I think so many more girls would wrestle,” Crouse said. “They wouldn’t be set back by the fact they would have to compete against guys. They would be more confident in how they would perform.”

“Our goal for the regular season is to get existing tournaments to put a mat out and have a girls-only section of their tournament,” Conti said. “And if girls want to wrestle in that tournament, they can wrestle against girls.

“Then, the goal for the end of the season is to have a minimum of three sectional tournaments." 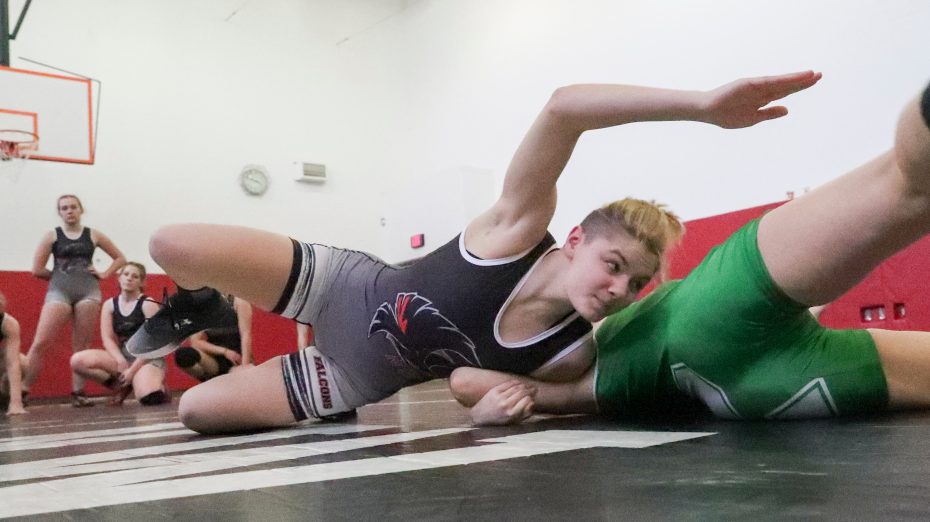 Another purpose of the girls tournament Saturday is to give the girls who are competing a more balanced arena in a sport that, at the high school level, is largely dominated by boys.

Ten states sanction girls wrestling as a high school sport — most recently, the Arizona Interscholastic Association announced in May it was adding it as an emerging sport — but girls who participate in high school wrestling largely still compete against boys.

Keith Maute coaches men’s wrestling at NCCC and is in the process of establishing a women’s wrestling program at the college. He also coaches 20 girls with Cobra Wrestling Academy, which is based in Lancaster.

Maute explained that a physical disparity puts girls in wrestling at a disadvantage once they reach a certain competitive threshold.

“They can’t compete against boys once they get to a certain size, because they’re more at risk of injuries, particularly shoulder injuries,” said Maute, who is the site administrator for Saturday's event. “Boys are more physically developed than girls at certain ages, and once they get past the 126-pound weight class, the boys are much stronger.

“Once the girls get to a certain age and size, it becomes extremely important for them to compete against other girls.”

It may seem sexist at first glance, but Crouse, Jung, Holka and Davis agreed with that evaluation, and explained that girls wrestling involves a different center of gravity, as well as different technical facets.

“There have been a couple girls who have qualified for the (boys state championships), but they’ve done it at a very light weight class,” said Crouse, who also wrestles for the New York state girls national team. “It gets really challenging. And sometimes, wrestling just comes down to strength and you get outmuscled.”

For some girls who are interested in wrestling, the prospect of competing against boys can be daunting. Crouse, who has been a varsity wrestler since the eighth grade, notices a difference in wrestling against girls.

“The girls, when they wrestle other girls, they feel they have more to prove because they are wrestling another girl,” said Crouse, who first wrestled against girls when she was 13. “I’m realizing, a lot of times, they’re more aggressive. When I wrestle guys they may have the attitude of, ‘oh, this is a chick.’ Not all the time, but I think guys have learned to respect it more.”

While each of the wrestlers said they have gained more confidence and more assertiveness through competing against boys, they also welcome an environment they hope will foster more interest in women’s wrestling.

“This tournament is the start of the growth of girls wrestling,” Holka said. “Girls wrestling with boys, it’s holding a lot of girls back from even trying the sport, so I think this will help it grow, to have girls compete against girls. The sport has already grown so much, too.”