Thirteen years ago this month, not long after Valentine’s Day, Amanda Geiger and her best friend, Erica Graham, were at a Burger King in Albion with another friend named Charlie. They were teenagers with no plans for that evening, and Charlie said:

That did it. As Geiger remembers, Erica – who was driving – casually agreed. She was an ace student, a cheerleader described by her friends as a straight arrow. Thom Jennings was more of a maverick, a fledgling rock musician with a head of long hair who rode his skateboard to the pounding rhythms of the Dropkick Murphys.

No one figured him and Erica for a match, but their friends sensed it in the air that night. “You could see a little spark between those two,” said Thom’s buddy, Matt Swindon, of a high school romance he described as "something right out of a book.”

Just before Christmas, their tale crashed into harsh reality.

In the last six weeks, Erica, a beloved Spanish and French teacher at City Honors in Buffalo, has gone through two major surgeries for a brain tumor. For Valentine’s Day, she and Thom, both 30, will fit in a quiet dinner between her chemotherapy and radiation treatments at the Roswell Park Comprehensive Cancer Center.

Married three years ago, they have an 11-month-old daughter, Elle, who started walking last month. To summarize the way Erica sees the world, Thom — who speaks of his wife as "a very selfless person, with a genuine kindness” — offers a tale from the night when she learned about the tumor. 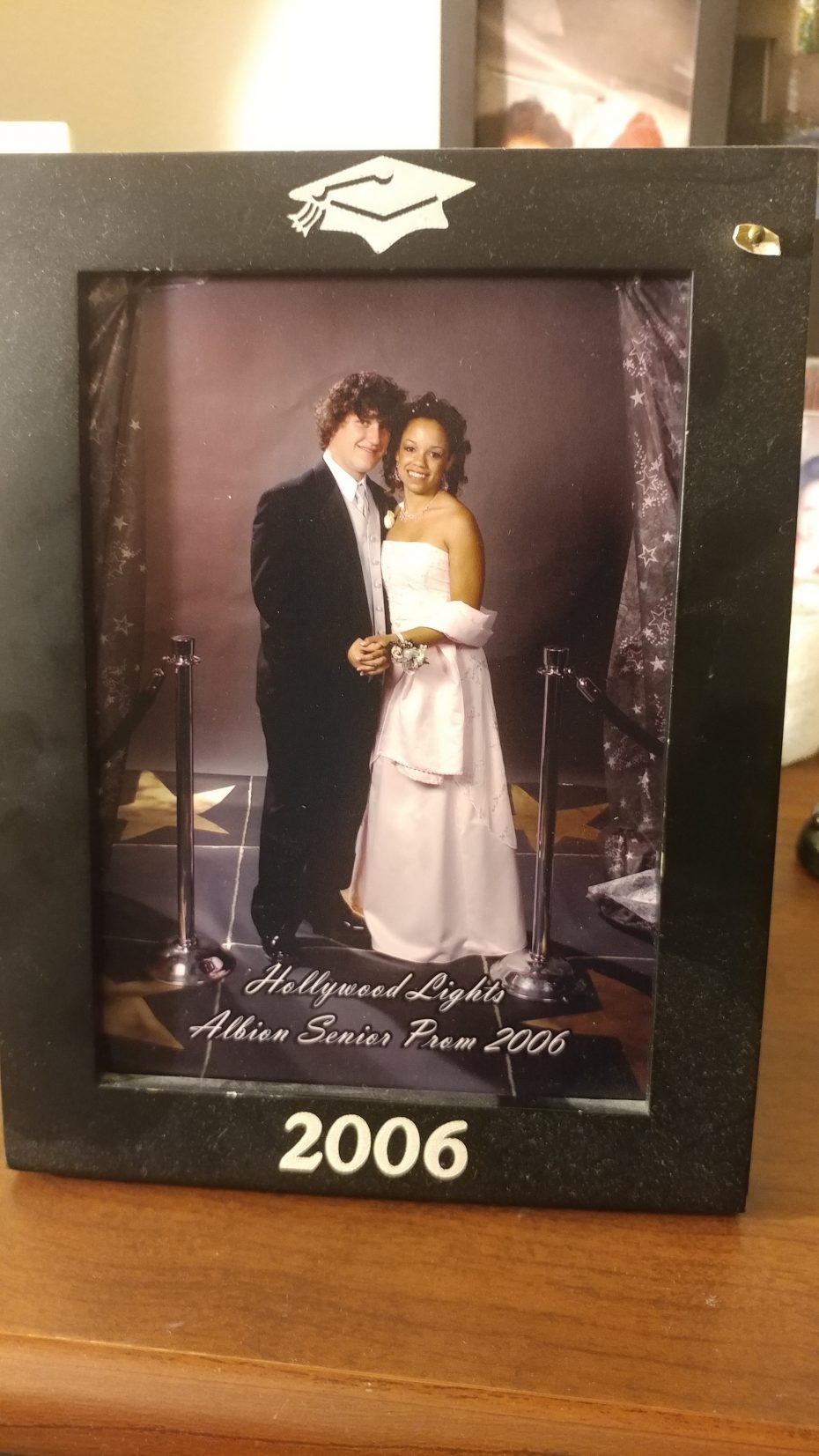 For months last year, Erica had coped with throbbing migraines. In December, just before Christmas break, her headache grew so piercing she fell to the floor of their apartment. Thom, frightened, quickly drove his wife to the emergency room, where she had a seizure and lost consciousness.

Tests showed Erica had a brain tumor. Thom stood near her bed at Buffalo General Hospital while Dr. Jason Davies, a neurosurgeon, said she was at immediate risk from the pressure of the tumor against her brain.

“It’s just shock,” Thom recalled, of the feeling in the room. Not long after Davies left, Erica’s eyes popped open. It was maybe 4 a.m., and she asked a fast chain of questions about where she was and who was watching their daughter, and she said she had something she needed to do.

Erica wanted her phone. When her husband tried to dissuade her, she insisted. At the hardest and most  chaotic moment of her life, as a teacher, she was worried about her kids. From her hospital bed, she followed the sick day call-in procedure so her administrators would have plenty of time to get a substitute. Then she fired off some text messages to Nicole Roche, a fellow French teacher and a close friend, to guarantee the sub would have lesson plans.

Her classroom covered, Thom watched as his wife traded a few phrases in French with Davies, the surgeon, who had lived in France and speaks the language. “You seem like a great guy, and I know you’ll do a great job,” she told him, in the same voice of faith and trust she brings each day to her students.

They wheeled her in for the first of two brain surgeries. The doctors told Thom they needed to be aggressive, warning him Erica's cognitive abilities could be affected. In the second operation a few weeks later, to protect areas of the brain that involve language, Davies said Erica was awake and answering questions throughout much of it.

Both times, despite the surgical risks to speech or memory, she returned to Thom as exactly the same person she was before.

For Valentine's Day, that is all the gift he needs.

“From day one,” Erica wrote of her husband this week in a text message, “he has always been there for me.”

Erica has a glioblastoma, described by Davies as an aggressive cancer of the brain. The two surgeries removed as much of it as possible. Once Erica gets through this schedule of chemo and radiation, she and Thom plan on a quick trip, a getaway, before treatments resume.

For now, Erica is already working on lesson plans, because her dream is to be in her classroom in the fall. 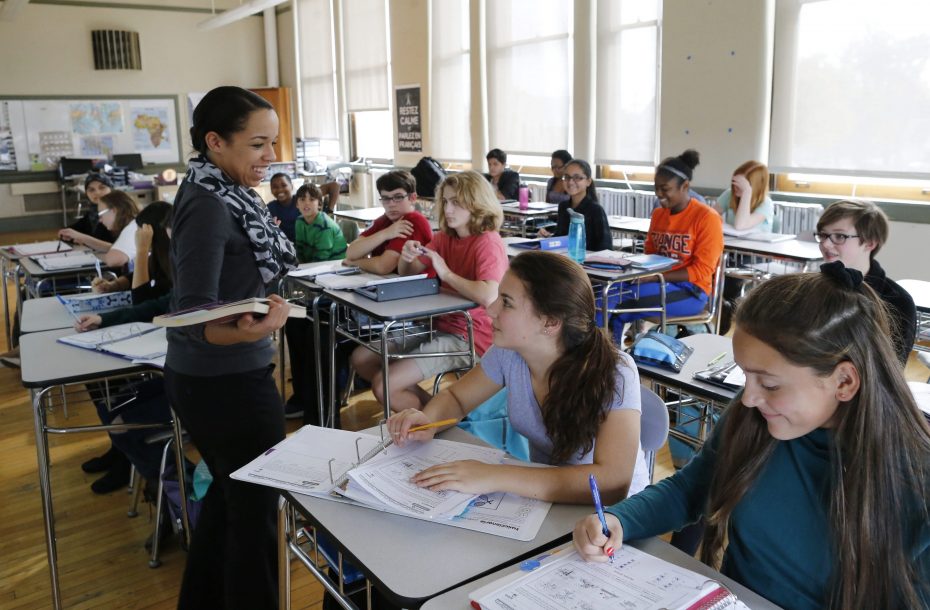 Bill Kresse, principal at City Honors, said Erica is revered for her energy and dedication. After getting past the initial disbelief at the sudden absence of such a vibrant teacher, Kresse said the faculty and student body quickly mobilized to help.

There is a cardboard box at the couple's apartment filled in large part with notes from teenagers, many thanking “Señora Jennings” for her compassion and humor. 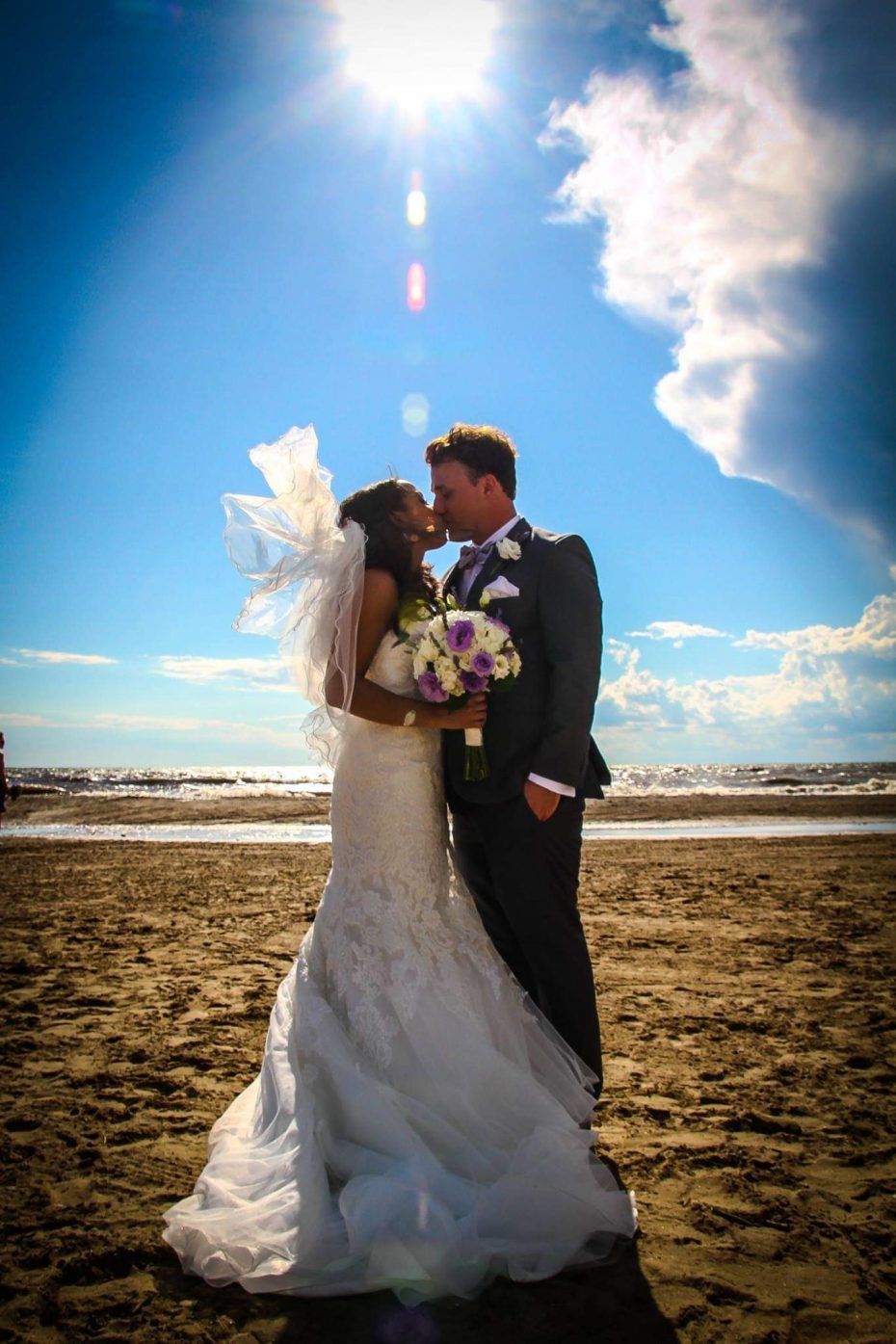 There is the “meal train,” coordinated by Roche, that keeps a steady supply of meals from City Honors teachers rolling to the door with the help of Cooked Buffalo, which does meal service home delivery.

There is a 30th birthday cake for Thom, prepared from cans of Guinness Stout by the foreign language teachers, because Erica worried her husband's landmark birthday would be overwhelmed by everything else.

Most astounding to the couple, there is the GoFundMe account set up by the Search Solution Group, Thom’s employer – an account that would have thrilled them if it topped, say, $2,000 – is now up to $38,000.

At one point, Thom said, he and Erica watched as donation after donation kept appearing in real time, many accompanied by teenage notes of support. Levi Lawton, for instance, a 15-year-old at City Honors, wrote that Erica changed his life, a thought he expanded upon in conversation.

He said she was always available after class, ready to help with a tough problem. “She really made me into the kid I am today,” Lawton said, describing the kind of teacher he will remember when he is 60.

Shaleishka Rodriguez, 12, a seventh grader, said she and her friends are talking with Roche and other educators about new ways of support, maybe through such efforts as selling bracelets that carry Erica's name.

“She never left a kid hanging, ever,” said Rodriguez, recalling how Erica could sense when a child was struggling, and how she always emphasized one scholastic principle:

Sean Kirst
A routine police stop, a young man's death and a cousin's painful lesson
If state says 'OK,' barber who shows up every day set to roll
In Fredonia, grads lament absence of symbolic walk across the stage
At a gateway to Riverside, a true believer looks for better sidewalks
More Stories

At home, Thom and Erica do their best to embrace that philosophy. Their parents, relatives and close friends routinely show up to offer help. Elle, curious and nimble, wanders the house with Gizmo, the family dog, often under the watchful eye of one of the toddler's grandmothers.

A few days ago, the couple realized they were closing in on the anniversary of the day Thom found the courage to ask out Erica. In 2006, a couple of weeks after they met in Albion, Erica was driving home with a group of teens. Thom wrangled it so he was the last one she dropped off, then he hurried to the driver's side, leaned in the window and said:

Will you be my girlfriend?

That moment was the liftoff to where they are today. They walked the stage side-by-side when they graduated from SUNY Brockport, and they moved together to Amherst when Erica did her graduate work at the University at Buffalo. They became parents and started talking about buying a house, a dream they nurture amid obstacles no one could see coming.

Anyone who visits them expecting gloom or fear walks into a much brighter atmosphere. Erica's focus is on gratitude, on this deluge of community kindness from Buffalo she fears she cannot repay, but on Valentine's Day her husband hopes she knows why it keeps coming.

You earn that kind of love when you leave no one hanging, ever.